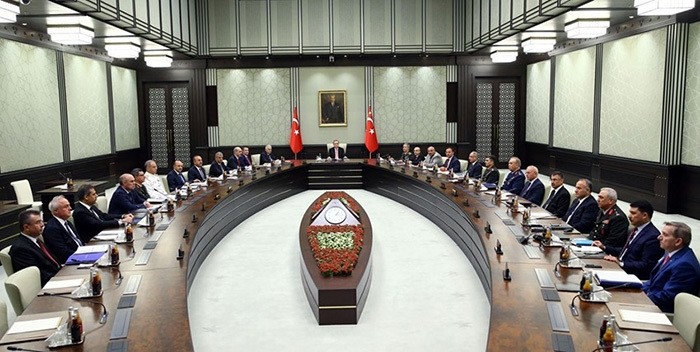 Deputy Prime Minister Mehmet Şimşek said on Thursday that the government's declaration of three-month state of emergency will not affect the general public, and that the economy will work within market rules.

Şimşek added that despite concerns, the state of emergency will strengthen Turkey's democracy and economy.

Speaking live on private broadcaster NTV, the deputy PM said that the coup's target was Turkish democracy and that the government will be taking necessary measures to minimize the negative effects on the market.

"General public should feel at ease," deputy PM said, and added that economy and trade will continue on its normal process.

"The state of emergency has only one aim. That is to completely cleanse parallel traitors from all state institutions and to minimize the long-term risks facing Turkish democracy," he added.

Şimşek also said that the credit rating agency S&P's decision to lower Turkey's credit rating was a mistake and that it was a rushed decision. Deputy PM also added that the Turkish treasury does not work with S&P.

"We will not work outside of the market rules, all market institutions will operate in full strength. Do not believe speculations. If there is a worry, they should call us, we are open to it, and we can meet them," Şimşek said on the possible concerns from the foreign investors.

Meanwhile, the deputy PM also called on the opposition parties to cooperate with the government to minimize economic risks.