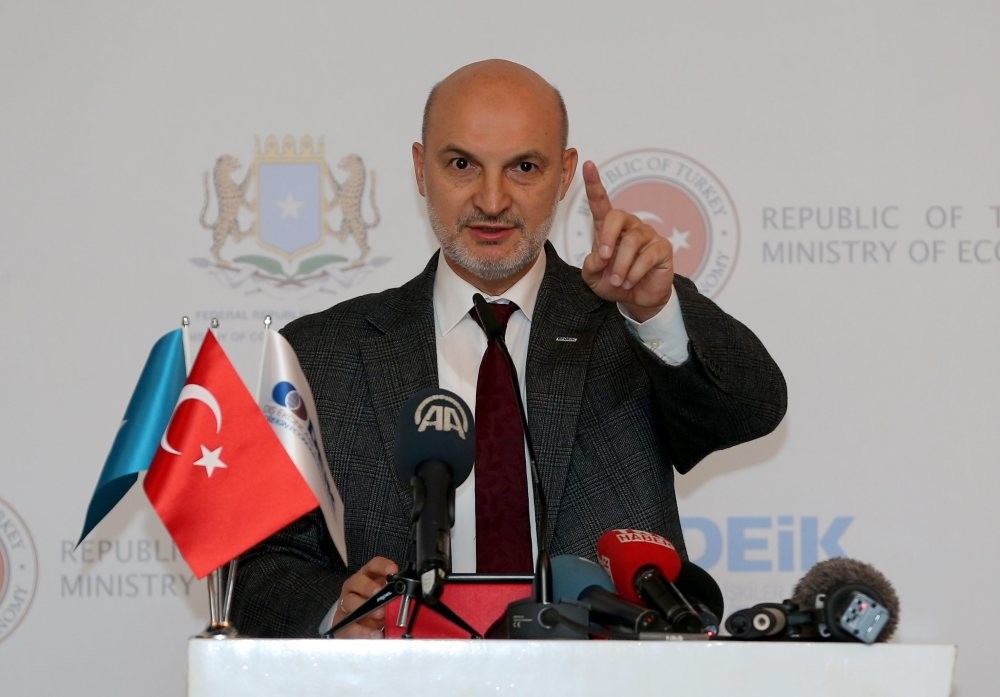 u00d6mer Cihad Vardan
by Daily Sabah with AA Jul 22, 2016 12:00 am
A wide range of business leaders in Turkey hailed Wednesday's state of emergency declaration, made in the wake of last week's failed coup, conceding it as a necessary step for Turkish democracy to move forward. "Extraordinary times call for exceptional authority. We believe that dire threats can only be defeated by extraordinary measures," said İbrahim Çağlar, head of the Istanbul Chamber of Commerce (İTO). "In this respect, the decision for a three-month state of emergency nationwide is very appropriate in terms of the country's peace and the state's survival," he added.

Union of Chamber and Commodity Exchanges of Turkey President Rifat Hisarcıklıoğlu said that the decision was right and necessary. "This decision had to be taken to protect public order and to process services effectively," he said.

Foreign Economic Relations Chairman Ömer Cihad Vardan said that his board sees the state of emergency decision not a restriction of democracy, fundamental rights and freedoms, but as their guarantor. Vardan noted in his written statement that they are pleased to hear that public investments will not be disturbed and that economic reforms will continue to be implemented. Government officials have stressed that the state of emergency is aimed at bringing the coup plotters to justice swiftly, emphasizing that the lives of ordinary people and the Turkish economy will continue uninterrupted, that business will go on as usual and emergency powers will not be abused.

İbrahim Burkay, the head of the Bursa Chamber of Commerce and Industry, echoed Çağlar's views, saying the state of emergency will help Turkey build a stronger democracy and a more reliable legal system. "The state of emergency decision will provide a basis to achieve national goals as well as protect citizens' rights and freedoms," he said. Another prominent figure from the Turkish business community, Ali Kopuz, head of the Istanbul Commodity Exchange, said countries only rise on the basis of justice, and the decision was necessary for establishing it. "The Cabinet, gathered under the chairmanship of President [Recep Tayyip] Erdoğan, has done what is required," Kopuz said.
RELATED TOPICS