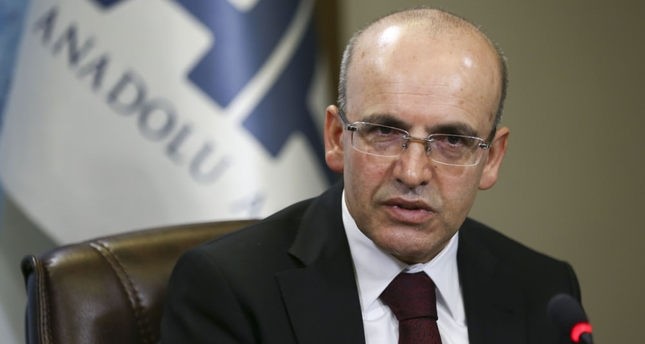 Deputy Prime Minister Mehmet Şimşek stressed that the Turkish economy is solid enough to quickly absorb the aftershock arising from the failed coup attempt on July 15, given strong economic indicators

Deputy Prime Minister for Economy Mehmet Şimşek said Thursday that the macro fundamentals of the Turkish economy are strong enough to absorb the aftershock of the failed coup attempt that was orchestrated by fugitive imam Fethullah Gülen, who resides in the U.S., and stressed that "Turkey will continue business as usual."

Speaking to foreign journalists in Ankara, the 49-year-old deputy prime minister said that the Turkish economy is fundamentally solid and the failed coup attempt will have a limited effect on the economy. "Certainly the failed coup attempt will have negative effects and prices will adjust, we respect that. But I believe that our fundamentals are strong enough to cope with the aftershocks. A decline in core inflation will temporarily stop due to the fluctuation in exchange rates, however even under these circumstances there will be no problem in foreign debt repayments and the financing quality of the current account deficit will continue to be improved."

"We ended 2015 with a zero-budget-deficit and there might be some deterioration in the fiscal position, however we will close this year with a deficit of about 1 percent of gdp." Stressing that Turkey's fiscal policy strength will continue and underlining that Turkey's total debt/gdp ratio is about 33 percent, Şimşek added that in the first half of the year, the treasury reached most of its borrowing target and global liquidity factors seems to be in favor of the Turkish economy for the foreseeable future.

sages is that this is not going to resemble the experiences of the 1990s or the martial law of the '80s. Why do we have a state of emergency? Purely to go after this so-called 'parallel state network.' How do we use that state of emergency? To give us the fast-track legal framework for this effort. This is a fast-track mandate to deal with the remnants of this movement. We will only use this mandate for this purpose. You will see that we are sincere, we are not going to use it in another way."

Commenting on the decision by international ratings agency Standard &Poor's (S&P) to downgrade Turkey's credit rating following the failed attempt coup, Şimşek said he has "respect" for their decision, while criticizing S&P for taking the decision to downgrade without trying to communicate with Turkish state officials to learn their view.
RELATED TOPICS