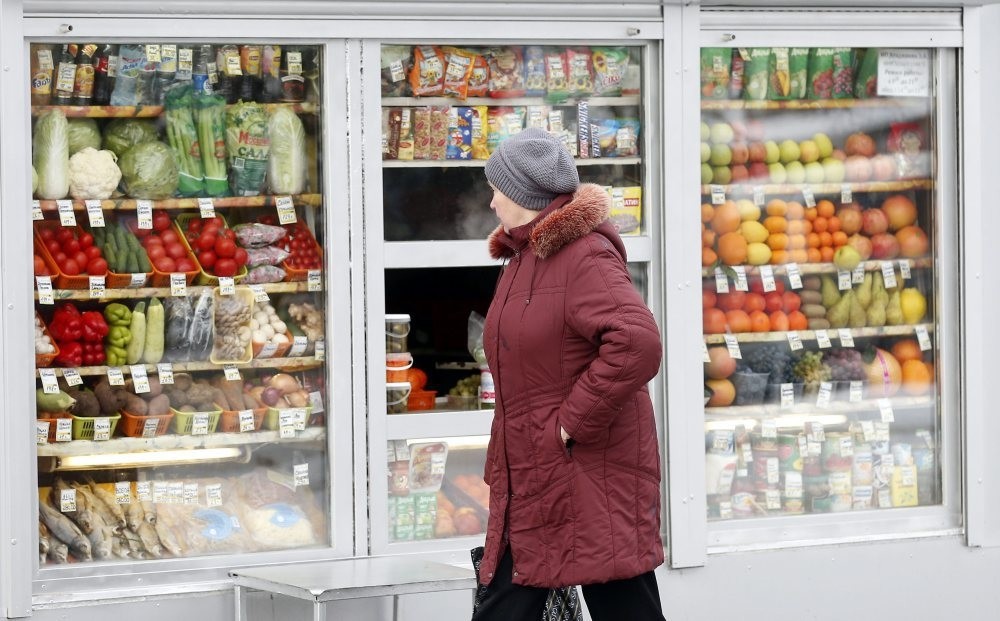 A Russian woman peers through a window at fruit and vegetables at a street side market in Moscow. Ankara and Moscow are looking for ways to quickly recover ties after normalization processes started last month.
by Daily Sabah Jul 26, 2016 12:00 am

After initiating the normalization of relations between Turkey and Russia, the two countries held high-level ministerial talks in Moscow to enhance the cooperation in energy, agriculture, tourism and foreign trade

Following the restoration of ties between Turkey and Russia, which had been harmed following the jet crisis in November, high-level talks between the officials of the two countries will be held for the first time with visits by Deputy Prime Minister Nurettin Canikli and Economy Minister Nihat Zeybekci to Moscow today, aiming to increase cooperation in fields such as energy, food, agriculture, tourism, transportation and foreign trade.

The high-level meetings are expected to usher in the new period to come, helping to increase Turkey's exports of agricultural goods as well as its revenues from tourism and the construction sector.

According to the schedule, the Russian media reported that Canikli and his Russian counterpart Arkady Dvorkovich will first hold inter-committee meetings followed by bilateral meetings.

Furthermore, Russian media expects a bilateral meeting to be held between Zeybekci and Russian minister of energy, Alexander Novak.

Meanwhile, Russian Prime Minister Dimitri Medvedev on Saturday signed a decree for the continuation of commercial and economic relations with Turkey. The decree for the continuation of mid-term commercial, economic, scientific and cultural collaboration with Turkey until 2019 came into effect, according to a statement the Russian government's press office released on Saturday.

The statement also suggests that negotiations for the establishment of a common fund to finance investment projects in Russia and Turkey will resume.

Relations between Moscow and Ankara deteriorated immensely in November 2015 after Turkish jets downed a Russian Su-24 fighter jet near the Syrian border for violating Turkish airspace. Moscow responded by taking harsh steps to impose economic sanctions on Turkey ranging from the sale of tour packages to Turkish food imports. In a move that was considered a crucial step towards normalization of broken ties between the two countries, President Recep Tayyip Erdoğan sent a letter to Russian President Vladimir Putin to celebrate Russia Day, the national holiday of the Russian Federation. Following this, in late June, Putin signed a decree lifting restrictions on Russian tour firms working in Turkey as well as lifting other sanctions. Medvedev announced that Russia will lift economic sanctions on Turkey "on a gradual basis."
RELATED TOPICS