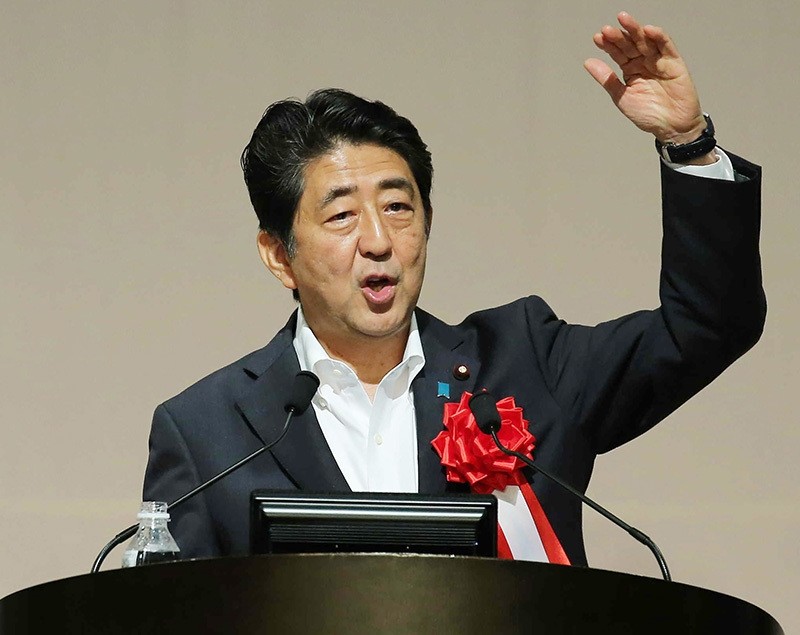 Japan launched an economic stimulus package worth more than 28 trillion yen ($266 billion) Wednesday, days before the central bank is expected to unveil its own growth-boosting measures.

Prime Minister Shinzo Abe announced the program in a speech in southwestern Japan, giving few details except to say it would include about 13 trillion yen in fiscal measures including government spending.

More highlights of the package were expected next week when the cabinet is due to approve the measures announced in the city of Fukuoka.

Abe promised a stimulus package -- which earlier reports had said could be worth between 10 to 30 trillion yen -- after Britain's vote last month to quit the European Union sparked a rally in the yen that threatened profits at Japan Inc.

Traders tend to buy Japan's currency as a safe bet in times of turmoil or uncertainty. But it makes the country's exporters less competitive overseas and takes a bite out of their bottom line.

On currency markets, the dollar jumped as high as 106.54 yen from around 105.01 yen in the morning, after Fuji Television flagged the stimulus on Wednesday afternoon.

It was sitting at 105.54 yen after the announcement.

The news comes as speculation mounts that the Bank of Japan will further ease monetary policy after a two-day meeting Friday.

Since taking the helm more than three years ago BoJ governor Haruhiko Kuroda has overseen a massive asset-buying plan that now stands at an unprecedented 80 trillion yen annually.

The scheme is a cornerstone of Abe's push to beat years of deflation and kickstart growth, dubbed Abenomics.

But while Kuroda has insisted the central bank's target to reach two-percent inflation is realistic, the BoJ has been forced to push back its timeline for meeting that goal several times.

The government and central bank have come under increasing pressure to do more for the economy as a string of poor readings and sagging business confidence highlight a long-running weakness in Japan's economy.

On Friday Japan is due to release monthly economic data that could factor into the BoJ's decision on whether to move or not.

The last figures painted a worrying picture, with spending by Japanese households falling while inflation dropped for a third straight month.

While the labor market remains tight, there are growing concerns about second-quarter economic growth. Japan dodged a recession in the first three months of the year.

Meanwhile, the Bank of Japan's most recent Tankan survey showed confidence among small firms and non-manufacturers worsened during the second quarter of the year.

The report is the most comprehensive indicator of how Japan Inc is faring.

Abe's package comes about two weeks after he claimed victory for his ruling coalition in parliamentary elections, despite lukewarm public support for his economic policies.

The blueprint -- a mix of massive monetary easing, government spending and red-tape slashing -- had brought the yen down from record highs and made Japan's exports more competitive but that has not been enough to deliver consistent growth.