Turkish economy takes up where it left off, shrugs off coup attempt 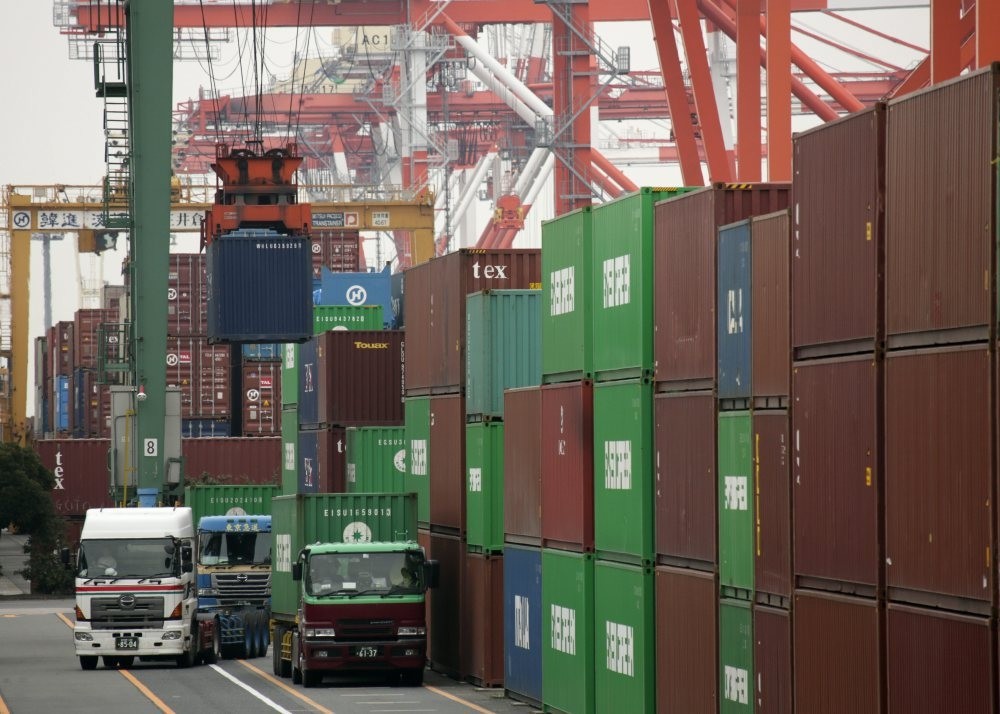 Contrary to expectations, Turkish exports experienced a significant rise last week. Industrialists agree the increase stems from higher confidence in Turkey, which managed to quell a coup attempt on July 15

Against expectations, the failed coup attempt has positively affected Turkish exports. Last week saw a significant increase in exports and new export orders. Industrialists think the quelling of the coup attempt has increased confidence in Turkey. While markets were unsteady in the aftermath of the coup attempt on July 15 by military officers loyal to U.S.-based, fugitive imam Fethullah Gülen, the real sector has managed to survive the process with minimal damage. Performance by exporters has been especially noteworthy.

Exports worth $2.4 billion were made in the first week following the attempt, a 16 percent increase compared to the week before. Data can develop serious deviations during the weeks following holidays, and the amount exported in the second week following last year's Bayram holiday was $2.4 billion. Clear sailing was not limited only to current operations, as exporters report no decrease in the number of orders, but rather a significant increase in the number of orders, especially in the apparel sector.

According to Mehmet Filoğlu from the Dünya daily, the biggest concern for foreign buyers following the coup attempt was whether orders would be delivered on time. Turkish Clothing Manufacturers' Association (TGSD) Chairman Şeref Fayat said they had questions following the coup attempt as to whether deliveries would be delayed, but they had assured buyers regarding this matter. Stating that foreign counterparts were startled when they started work on Monday, Fayat said: "It can be a coincidence, I don't know, but we have never seen such an increase in the number of orders following a coup attempt before. The fact that they have seen we could dispatch in such an environment increased their faith in us."

The chemistry sector has seen a similar process. Istanbul Chemicals and Chemical Products Exporters' Association (İKMİB) Chairman Murat Akyüz said that the failure of the coup attempt has increased trust in Turkey and stressed his belief that Turkey was invincible. Pointing out that last week saw an increased number of orders, Akyüz said the effects of this increase would be seen in a couple of months. Akyüz said the increase in exports last week resulted from technical reasons, since orders taken months ago were loaded after the holiday.

Uludağ Automotive Industry Exporters Association Chairman Orhan Sabuncu said the automotive sector's export performance last week was in parallel with general export levels. Noting that production and export are currently maintaining normal levels, Sabuncu said: "The automotive sector is based on long-term collaborations. The recent events will not easily affect our relations. I do not know for certain, but I do not think there was an increase in the number of orders for last week." Sabuncu also pointed out that they expected exports in July to be above last year's level despite the nine-day Bayram holiday.

Machinery Exporters Association Chairman Adnan Dalgakıran said operations have not seen a positive or negative deviation, but that the international market was seriously concerned. Announcing that they would carry out operations at micro and macro levels to relieve these concerns, Dalgakıran said: "By sending our external trade representatives abroad, we will persuade buyers that everything is fine in Turkey. Similarly operations at the level of non-governmental organizations to relieve concerns regarding Turkey will gain momentum. In the end, there are no serious problems in Turkey, and we will make sure this is heard."

The capacity of foreign trade firms was not harmed during this period. Coface, a globally operating credit insurer and debt collecting firm, said in a statement to the Dünya daily that the weekend's events did not lead to any "nonpayment" situation. Coface said that events since July 15 in Turkey have raised questions in many fields; but by moving so fast and considering the economic consequences along with decision and measures, the necessary steps had been taken to prevent these from reflecting on trade. "There has not been a problem so far, but it is too early to say that firms have not paid their debts for this reason and too early to give any information in this direction. For Coface to increase a country's risk premium, many factors are needed, such as the increase in its political risk to the levels that can affect trade and the emergence of loss of credibility. Our country does not currently have this outlook."
Last Update: Jul 28, 2016 12:06 pm
RELATED TOPICS