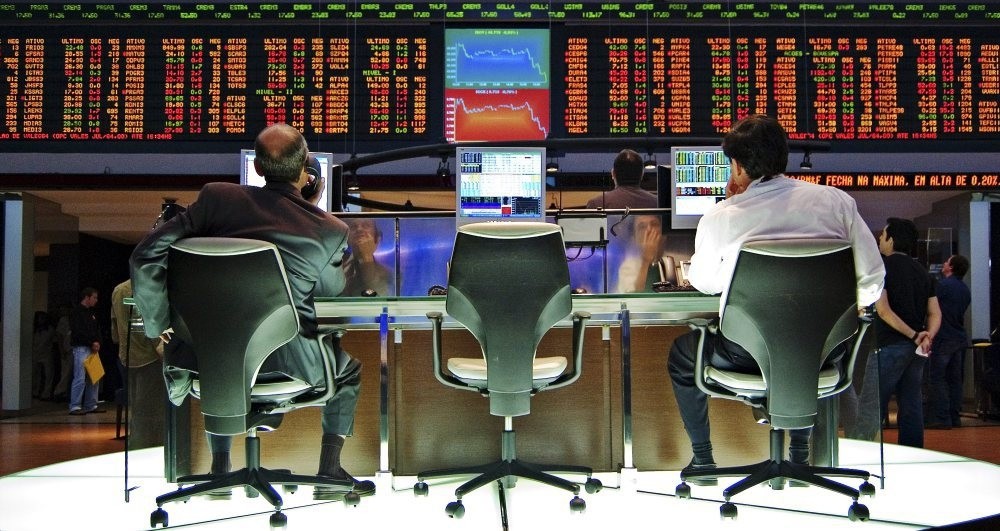 The Borsa Istanbul and Turkish lira have already started to recover and are expected to gain more this week after initially taking a hit after the coup attempt. Moody's will not change the country's rating in Friday's assessment, according to analysts

While Istanbul's stock exchange, Borsa Istanbul, which was devalued by 13 percent in the week after the coup attempt, tries to restore equilibrium, the dollar has gone below TL 3. Analysts think the crisis is being managed smoothly and the Turkish lira assets will regain momentum. The negative atmosphere surrounding the markets in the week after the coup attempt by the Gülenist Terror Organization (FETÖ), last week started showing signs of normalization.

The main index (BIST 100) for Borsa Istanbul has begun to recover, thanks to the optimism of local investors, calm flow in the global markets and reassuring steps taken by market regulators.

While the BIST 100 index has regained 7 percent in value from a low of 70,426.16 points following the coup attempt, and 5 percent value compared to the previous week's closing, the dollar has dropped from TL 3.10 level to below TL 3.

Local investors played a crucial role in the recovery of the Turkish lira, by winning a sale worth nearly $9 billion. Stock exchange analysts point out that local investors tried to protect market share and limited losses by choosing to make purchases, even while foreign investors chose to make net sales.

Since Borsa Istanbul opened for business on the Monday following the coup attempt, and regulators did not make any limitations or regulations - coupled with teleconference calls with global investors by Deputy Prime Minister Mehmet Şimşek, as well as precautions taken by the Central Bank of the Republic of Turkey (CBRT) to prevent liquidity problems, as well as emergency moves made before the market re-opened - foreign investors seem to have been reassured. While neither the Capital Market Board (CMB) nor Borsa Istanbul took emergency measures after the coup attempt, instead letting the markets flow, they also increased audits and prevented the publication of market-disrupting reports and manipulative transactions.

Analysts expect a quick recovery this week, as the stock exchange has already started to increase and the lira has regained some of its value. On Saturday, Deputy Prime Minister Şimşek said that markets had seen swift recovery despite the shock of July 15. Şimşek underlined that the roots of the Turkish economy are strong enough to withstand such shocks, promising that the government will continue to implement structural reforms and Turkey will maintain its position as a global actor.

Azimut Portföy General Manager Murat Salar said accurate messages from the government, constructive statements regarding crisis management and social solidarity were effective in the market recovery, adding that there was increased attraction for falling Turkish lira assets in the week after the coup attempt.

Noting that markets were too focused on the international credit rating announced by Moody's on Friday, Salar said Moody's would give Turkey more time, as they should, stressing that the increase in Turkish lira assets would gain momentum.

Indicating that the Ministry of Economy had well-managed the crisis, Salar said: "Government officials reassured society and investors with thoughtful statements that lacked political discourse. Communication was really important and almost every day, accurate information regarding the markets was declared through the media. It is important to know that the government's priority is the economy."

Saying that foreign investors did not understand Turkey's political situation, Salar stressed that they could be affected by the perceptions given through international media, and that it was important to insist on clear messages in order to avoid projecting the wrong perspectives.

Salar says Turkey's markets returned to normal on Monday, July 18. "Foreigners did not understand how Turkey could so quickly return to normal. However, they started to understand thanks to the incessant statements made by the authorities as well as the business community. We are optimistic regarding lira assets and estimate that the Turkish economy presents important opportunities for profit in both the short-term and mid-term, and will regain the pre-July 15 level in a very short period."

Credit rating agencies are the

biggest test in the short term

Gedik Investment Research Director Üzeyir Doğan said investors preferred to stay away from the market in the first week following the coup attempt until they fully understood what was going on, adding that financial market numbers had little significance for most people, due to the nature of the events of July 15. Noting that the current prices were easily associated with the recent events after seeing the extension of the events into the second week, Doğan said: "In this context, the multipliers emerging on the way to 70,000 points on the BIST 100 index and the numbers over TL 3 in the dollar-to-lira exchange rate have presented an opportunity for sales."

Pointing out that crisis management showed the continued sensitivity of those institutions and people at the wheel of the economy, Doğan said: "We believe that the continuation of high-level informative meetings, both within Turkey and abroad, are necessary for preventing information pollution during these periods. One of Turkey's biggest tests in the short term will be with credit rating agencies. Even though there are risks posed to Turkey's rating in term of country investment potential, we thinking that it is more likely for Moody's and Fitch, which have Turkey's assessment on their August calendar, to pass this month."

Warning investors about staying within their limits by paying attention to their guarantees in short sales, the CMB undersigned share-based positive support, along with a move made regarding companies' repurchasing of shares. While "repurchase" limits were lifted, bureaucratic obligations were lightened. As a result, after this regulation was put into effect, 40 companies decided to "repurchase."

Even though local individual and corporate investors chose to buy into the market, analysts think that foreign investors trust is crucial for the flow of lira assets on the market. In this regard, the precautions taken by the CBRT to prevent a liquidity problem, as well as teleconference calls and meetings held by the economy administration, in particular by Şimşek, with banks and investors, has been very important in managing the crisis.

According to analysts, foreign investors who are familiar with doing business in Turkey and investment in the country have not been negatively affected. Despite recent assessments from credit rating agencies and the one-sided media broadcasts aired by international media mouthpieces in the wake of the coup attempt, analysts believe that sales and asset pricing will stay within the usual flow of the market.
Last Update: Aug 01, 2016 1:09 am
RELATED TOPICS