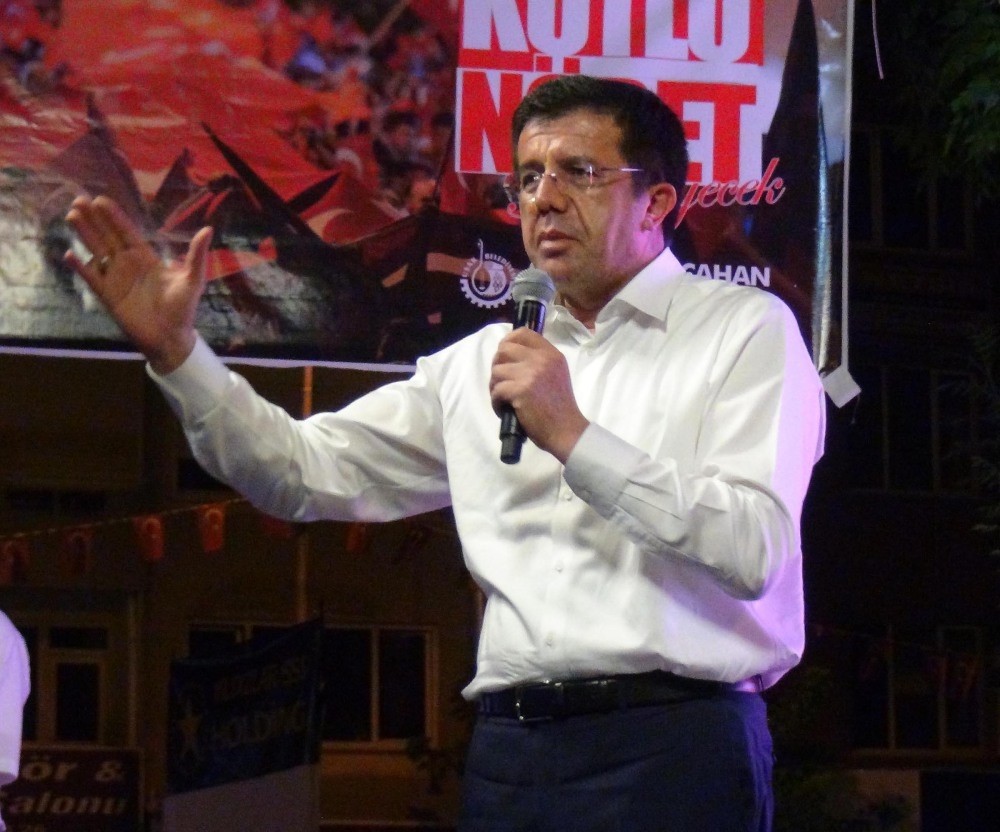 During a 30-day campaign, Turkey's democratic revolution and business opportunities in Turkey will be presented in 24 countries with the support of world prominent CEOs

World giants will keep a "democracy watch over the economy" along with a campaign, which will be run in 24 countries for 30 days, under the aegis of President Recep Tayyip Erdoğan. World-prominent CEOs including Britta Seeger (Mercedes), Mark Fields (Ford Company), Muhtar Kent (Coca-Cola), Dr. Volkmar Denner (Bosch), Poul Polman (Unilever), Vittorio Colao (Vodafone Group) and Morris Enrique Jimenez (Philip Morris) will talk about Turkey and its growing economy in various countries, from New York to Berlin. Within the scope of the "Discover Your Turkey Story" campaign, world business giants will call for the citizens of other countries to come and discover their own story in Turkey. They will simultaneously send emails to businesspeople around the world saying, "come and invest in Turkey."

Speaking to Daily Sabah, Economy Minister Nihat Zeybekci discussed the campaign, which will start in Copenhagen:

Time to normalize: We need to normalize life as soon as possible. There are power groups that fictionalize the coup attempt of July 15 as a phase of an operation against Turkey. It was a phase and it followed us until now. Considering the worldwide perspective, it continues in accordance with their operational procedures. In a country where the banks, economy and system run like clockwork, everything suddenly turned upside down. The Central Bank of the Republic of Turkey (CBRT) and relevant institutions met together the next day, necessary decisions were made, and everyone made a super start on Monday.

Turkish Civil Democratic Revolution: If this coup attempt had happened in London or Germany, that country would fall into ruins. The economy would demolish. The stock exchange would take a year to pull itself together and banks would not begin operating for two to three months. Even if they quashed the attempt, they would be destroyed. This was a magnificent event in Turkey. People did it. It will go down in the history of democracy as "July 15 Turkish Civil Democratic Revolution." It will be remembered like the French Revolution. July 15 has amazing perks.

Friends will tell about Turkey: Turkey experienced a democratic revolution on July 15. People won against the coup plotters. This stain is the biggest wrong that has ever been done to Turkey. Against this move, we started "Let's not tell the world about us, instead let our friends tell about us."

14 NGOs attended: 14 non-governmental organizations, including the Turkish Contractors' Association, Turkish Exporters' Assembly (TİM), Union of Chambers and Commodity Exchanges of Turkey (TOBB), International Shipping Association of Turkey (UND), and Turkish Industrialists' and Businessmen's Association (TUSİAD) gave their support for the campaign. In 24 centers worldwide, our friends will tell about Turkey for a month. Meetings were held with the CEOs of international firms including Mercedes, Ford Company, Coca-Cola, Bosch, and Vodafone Group. They said "yes" to the campaign. Centers from Kuwait to Tokyo and from New York to Paris were chosen. They will make calls through television and billboards, and simultaneously send emails to businesspeople.

CEOs to say, 'Come to Turkey'

Mercedes CEO Britta Seeger said that her work experience in Turkey is a special one, saying that in exploring her own story, she saw mutual gains and cooperation rather than profits and work. She called foreign investors to Turkey, saying that they will also explore their own story in Turkey.

It starts from Copenhagen: The campaign will start from Copenhagen with a reunion for ministers and business people of Denmark. Symposiums will be held to introduce Turkey, with a committee of 50 people heading to Denmark, then 100 people to London.