Turkish Sovereign Wealth Fund expected to be among world top 20 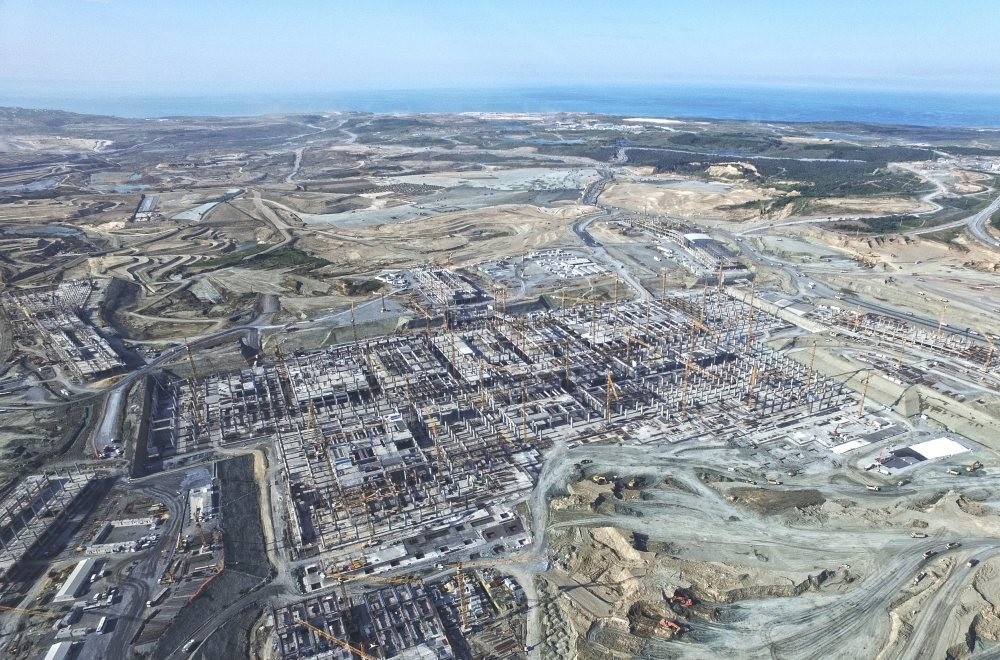 The Turkish Sovereign Wealth Fund will strengthen the Turkish financial sector and will also be a source of funds for mega-projects such as Istanbul's third airport seen in the file photo.
by Daily Sabah with AA Aug 10, 2016 12:00 am

While the establishment of the Turkish Sovereign Wealth Fund to back the financial sector is in process, Economy Minister Zeybekci said the Fund is expected to raise TL200 billion in capital, paving the way to be listed in top 20

While the establishment of the Turkish Sovereign Wealth Fund is still in progress, it is expected to be listed in the top 20 in the giants' league, as it gets TL 200 billion ($67.124 billion) in capital, as announced by Economy Minister Nihat Zeybekci.

Slated to generate long-term and low-cost finance for strategic, large-scale investments that can contribute to the country's development, the Turkish Sovereign Wealth Fund has come to the top of the country's agenda. The government has goals to boost Turkey's economic growth by an additional 1.5 percent in the next 10 years with the new fund. The establishment of the fund and various amendments to a number of laws will address Turkey's need for a welfare fund, as it is the only G20 member that lacks one. The world's 15 largest Sovereign Wealth Funds (SWF) amount to around $11 trillion in capital.

Conceived as a result of research into countries with a current account surplus for the assessment of the increase in foreign currency reserves, SWFs have started gaining more value in the international monetary system and finance sector.

While the development of SWFs has recently gained momentum, dozens of new funds have been created worldwide since 2005 including Turkey's.

The draft law on the establishment of the Turkish Sovereign Wealth Fund which was submitted to Parliament last week was addressed by the Planning and Budget Commission yesterday.

The government plans to form a wealth management company called Turkey Asset Management, whose main operation area will be the establishment and management of funds, according to the draft law. The company will be managed in accordance with professional management policies and will be subject to private law provisions. The company will revive the Turkish Sovereign Wealth Fund and other sub-funds if needed. The draft law includes resources for the Turkish Sovereign Wealth Fund as well.

Regarding the size of the Turkish Sovereign Wealth Fund, Zeybekci said it could reach up to TL 200 billion. The fund is expected to be listed among the top 20 because of its amount.

Orkun Gödek, the sales director of Deniz Bank Private Banking Group's Capital Markets Instruments, said Turkey fell behind other countries in regards to the establishment of the Sovereign Wealth Fund as a G20 member country.

Noting that commodity producers and countries with foreign currency surplus generally attract attention and that there are some among G20 countries with sovereign wealth funds that wish to manage their savings through a budget surplus, Gödek said: "Considering the world's 15 largest funds, we face a wide distribution ranging from $250 billion to $2.8 billion. In order to provide finance for mega projects and prevent the country's finance assets from losing value, the Turkish Sovereign Wealth Fund should have at least $1 billion in start-up capital and reach about $10-15 billion over time."

Regarding the Turkish Sovereign Wealth Fund's structure, Gödek said the even Unemployment Fund could amount to TL 100 billion, adding: "Considering issues such as the amount of cash transferred from funds such as privatization revenues, budget surplus and the Saving Deposit Insurance Fund, as well as borrowing from domestic and foreign markets, I do not think there will be a problem in creating resources." Pointing out that different situations could open up the possibility for citizens to invest in the future, Gödek said if the fund provided good income and created cheap borrowing facilities, it could also contribute to the creation of domestic saving awareness.
RELATED TOPICS