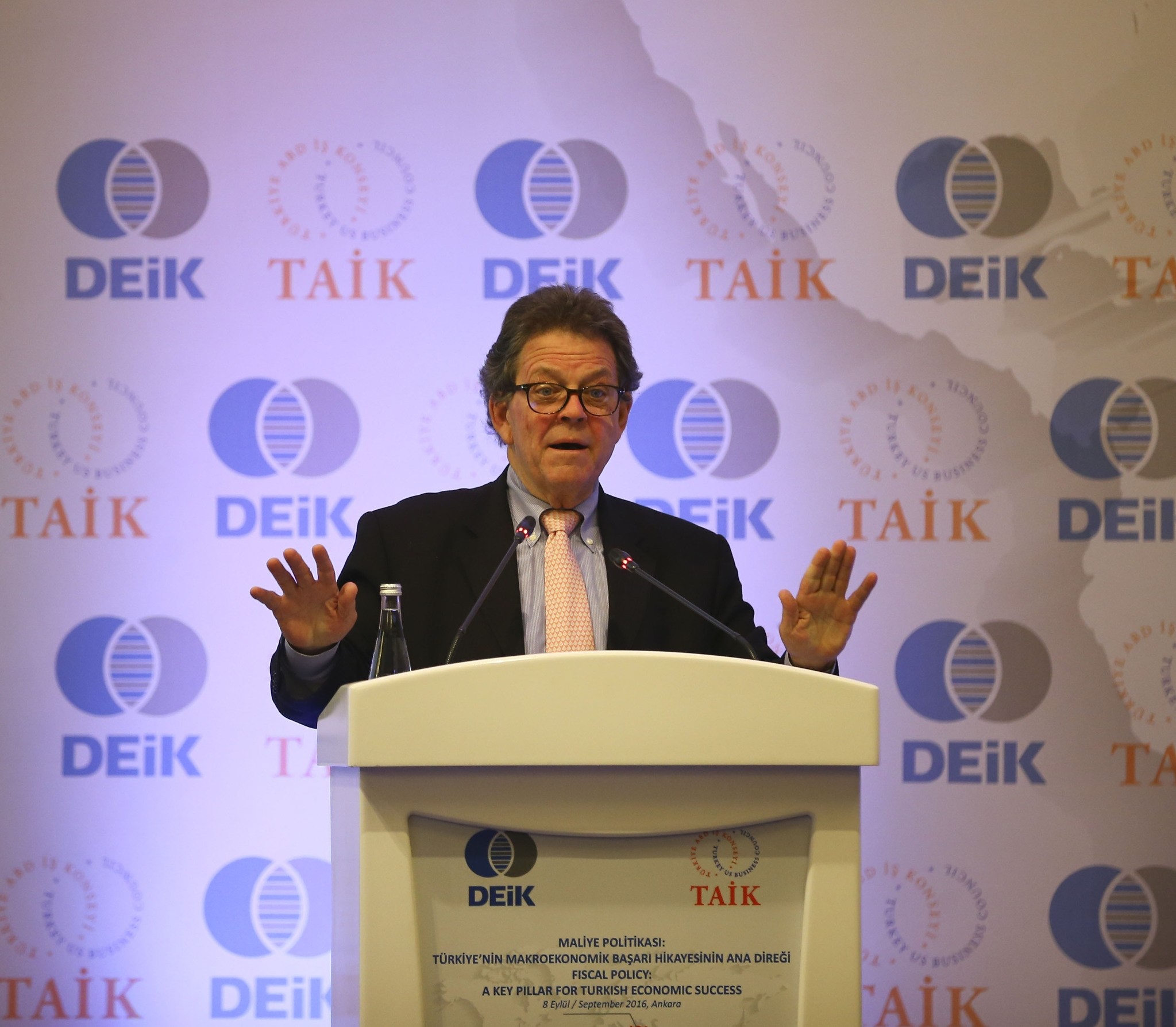 One of the senior American economists and the theoritician of the "Laffer curve," Arthur Laffer praised Turkish economy and proposed "a switch" between Turkish and US presidents on Thursday in a conference organized in Ankara.

"Turkey's economy has been doing well, especially if you compare it to the U.S," Laffer said.

"The things done in Turkey, about tax issues and privatization, really deserve praise. If you proceed like that, your prosperity level will significantly increase," Laffer told reporters ahead of a seminar titled "Fiscal Policy: The Foundation of Turkey's Macroeconomic Success," organized by the Foreign Economic Relations Board (DEIK).

"I am very optimistic about Turkey. In the short term however, I would like to propose a deal. I would trade Obama for Erdoğan. One of my friends said, 'If you can just switch the presidents it would be great'," said Laffer, referring to Turkish President Recep Tayyip Erdoğan and his U.S. counterpart Barack Obama.

"Turkey's economy is doing extraordinarily well compared to rest of the world. If you want to see a bad economy come to the U.S., and see how we ruined the economy. Over the last 15 years, W. [George W. Bush] and Obama have done a horrible job. This has proved that you can't tax an economy into prosperity," added Laffer.

"There are five things that countries must do to create prosperity. First comes the tax system. All taxes are bad, but some are worse than others. Secondly, restrain government spending, which actually means taxation. Governments don't create resources, they redistribute resources.

"The third is sound money. There is nothing that can bring an economy to its knees quicker than unsound, unbacked money.

"Next is free trade. There is nothing more important for an economy than free trade. China is the U.S.' best friend, not the enemy. Because without China there is no Walmart.

"Last comes minimal regulations. Governments are not the solution, they are, in most countries, the problem. They should get out of the way," claimed Laffer.

Laffer has been lauded by conservative politicians and economists for his theories and the "Laffer curve" on the effects of government taxation.