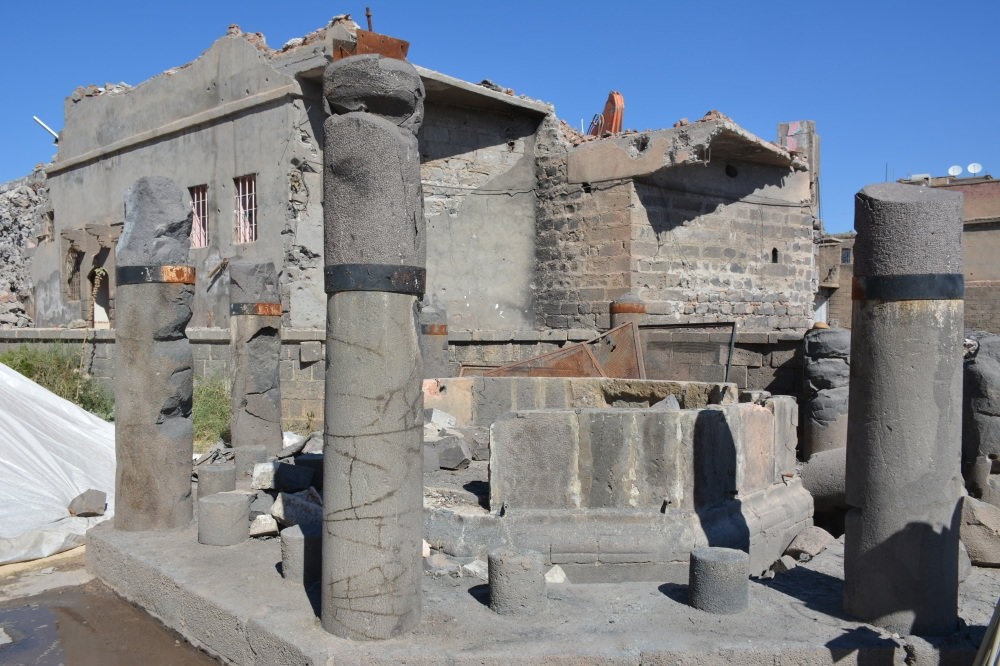 Over 10 historic buildings, including the Kuru015funlu Mosque will be restored, as the other historical mosque in Sur as seen in this file photo.
by Anadolu Agency Sep 10, 2016 12:00 am
Turkey will invest TL 2 billion ($675 million) to rebuild the Sur district of the southeastern Diyarbakır province, which was devastated in attacks by the PKK terrorist organization.

In a written statement Friday, the Environment and Urbanization Ministry said the extent of the damage had been surveyed in Sur after security forces cleared PKK terrorists from the district.

Some 4,000 buildings would be built in the Çölgüzeli and Üçkuyular neighborhoods to replace those destroyed in the security operations, the ministry said, adding the first 1,000 houses would be ready by the end of 2016.

"With a TL 2 billion budget, the district will be almost rebuilt. Thousands of houses will be constructed, the potable water pipeline and sewer lines will be repaired," the ministry said.

Over 10 historic buildings, including Kurşunlu Mosque would also be restored, the statement added.

Speaking at a meeting in Diyarbakır, Yıldırım had said Turkey would invest TL 10 billion in the eastern provinces of the country.

Anti-PKK operations began after the group started its attacks in July last year in Turkey's eastern and southeastern parts. The PKK - also listed as a terrorist organization by the U.S. and EU - resumed its decades-long armed campaign in July last year. Since then, more than 600 security personnel and more than 7,000 PKK terrorists have been killed.
RELATED TOPICS