US-based fund to invest $900M in total in Turkey 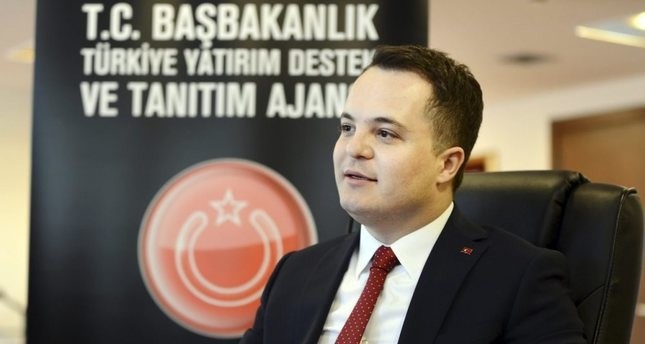 Investment Support and Promotion Agency of Turkey, Arda Ermut
by Metin Can Sep 10, 2016 12:00 am
Capital inflow into Turkey has been increasing day by day. In this framework, on behalf of the Investment Support and Promotion Agency of Turkey (ISPAT), U.S.-based Washakie Renewable Energy, Noil Energy Group and the partner of these funds in Turkey SBK Holding A.Ş are involved in the capital inflow of $950 million into Turkey.

The U.S.-based group made its initial investment in Turkey in 2013. Thereafter, they are mostly interested in investments concerning mergers and acquisitions. Along with the administration and management of SBK Holding A.Ş., the cumulative value of the investments has amounted to $500 million. The group has established an equity fund for the new investments of $500 million to be made for the upcoming period. The new fund is expected to be used in the sectors of finance and tourism.

SBK Holding's founding CEO Sezgin Baran Korkmaz shared an interested anecdote concerning the fund coming to Turkey, saying that the American fund manager experienced the coup and the following developments in Istanbul. He added: "We were holding a meeting about a new investment of $500 million with the fund manager in Beylerbeyi. First, we saw that soldiers blocked the bridge. The fund manager became uneasy and asked whether there was a terrorist attack."

Korkmaz also noted that together they followed the developments and witnessed the incidents in Istanbul for two days. Stressing that this process was positive for them, as the fund manager saw Turkey's solid democratic foundations, Korkmaz stated, "Moreover, he told us that his confidence in Turkey rose." Korkmaz attributed this to the fact that the fund manager understood the facts through his own eyes, instead of through the perspective of the Western media. As such, it became faster for the fund to come to Turkey.

Investments in Turkey continue without any disruption following the attempted coup that took place on July 15, according to the head of the Investment Support and Promotion Agency of Turkey, Arda Ermut.

Stating that the agency has contacted foreign capital managers, Ermut said: "We asked about decisions by investors on the matter, and they all expressed their trust in Turkey. Currently, we are handling $24 billion of foreign investment. There are projects whose possibility for realization differs; however, managers of all projects that are currently underway decided to 'continue the investment'." Ermut added that the Gülenist Terror Group (FETÖ) previously hindered foreign investments in Turkey or directed them according to their gain. Claiming that billions of dollars of foreign capital was prevented from entering Turkey, Ermut said: "Turkey, which is now free of this burden, will be very successful in terms of foreign capital in the future."
RELATED TOPICS