Deputy PM: Turkish economy to be off target this year, expected recovery in 2017 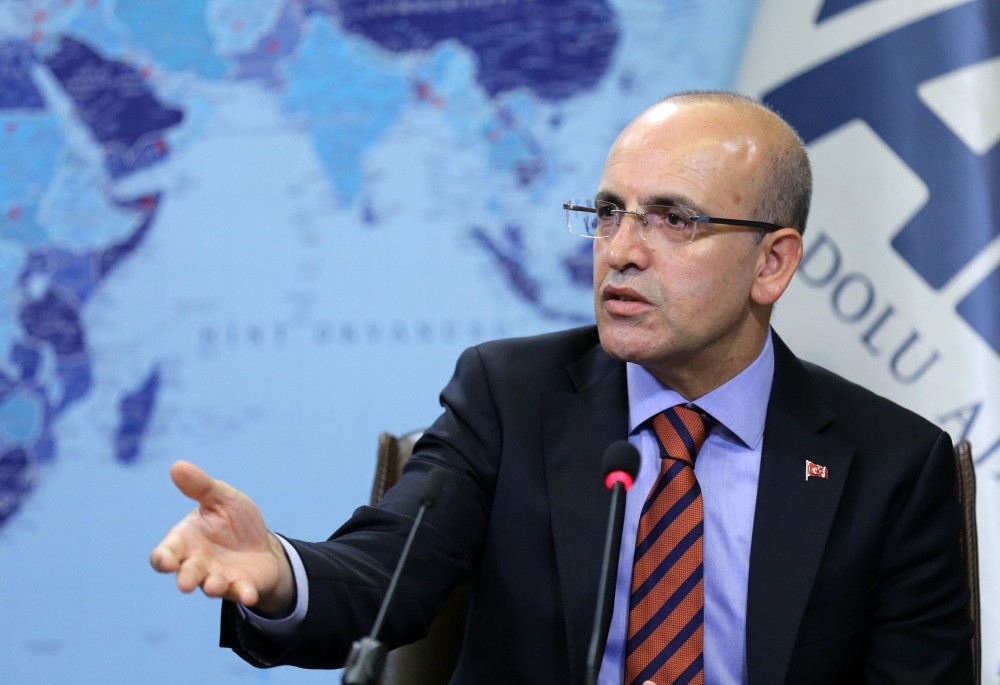 Due to a series of internal and external shocks, the Turkish economy will miss its expectad growth target of 4.5 percent growth, according to Deputy Prime Minister Mehmet Şimşek, however a recovery process is expected in 2017

Despite deviations in the Medium-Term Economic Plan figures this year due to internal and external shocks, the Turkish economy will swiftly gain ground and enter a new cycle in 2017, Deputy Prime Minister Mehmet Şimşek said Friday.

Deputy Prime Minister Mehmet Şimşek said there were some deviations in the Medium-Term Economic Plan figures this year due to a series of internal and external shocks, and stressed that with the correct responses, there will be temporary ups and downs. Speaking to Anadolu Agency (AA) regarding the 2016 year-end growth forecast in the plan, Şimşek said Turkey will swiftly gain ground and enter a new economic cycle in 2017.

An updated version of the Medium-Term Economic Plan, which involves the government's targets in the following three years regarding growth rates, inflation and unemployment rate, is slated to be completed in early October and shared with the public.

Stressing that growth was the most critical variable in terms of investors' appetite and a country's future, Şimşek said growth was weaker than expected this year. Pointing out that nobody thought about the possibility of a coup attempt while constructing the scenarios, Şimşek said the coup attempt's impact has been clear in the third quarter, and tourism has been worse than what was forecasted for this year. Recalling that they expected a slight impact but not this size, Şimşek said growth dropped by one point only because of tourism. "Agriculture was strong last year due to climatic conditions, but it has a weaker effect this year than expected," Şimşek said, suggesting that growth will be way below the expected figures because of tourism, the coup attempt and agriculture.

According to Şimşek, the current account deficit will be higher this year than what was foreseen. While the growth and current account deficit were previously foreseen as 4.5 and 3.9 percent for 2016 along with a slight decrease in tourism, terrorist attacks increased after the Medium-Term Economic Plan was published, later followed by a coup attempt, Şimşek said, stressing that all of the above disrupted tourism way more than anticipated.

Indicating that employment was also below expectations in 2016, Şimşek said, to sum up, there were some deviations in the Medium-Term Economic Plan figures this year due to a series of internal and external shocks, and stressed that with correct responses, there will be temporary ups and downs. Şimşek said Turkey will swiftly gain ground and enter a new economic cycle in 2017.

Noting that the Medium-Term Economic Plan is quite important in terms of providing a perspective, Şimşek said the program will include the 2017-oriented projects in detail along with medium term goals and wishes related to 2018 and 2019.

Şimşek suggested that all the macroeconomic goals will be revised in the Plan, but stressed that reform efforts will also be one of the most important issues to be focused on in addition to the figures. Stating that they are currently working on what will be prioritized, Şimşek said reform issues are generally scheduled and prioritized in the action plans of the governments, so they will construct the prioritization of the reforms which will serve as the basis of the Medium-Term Economic Plan.