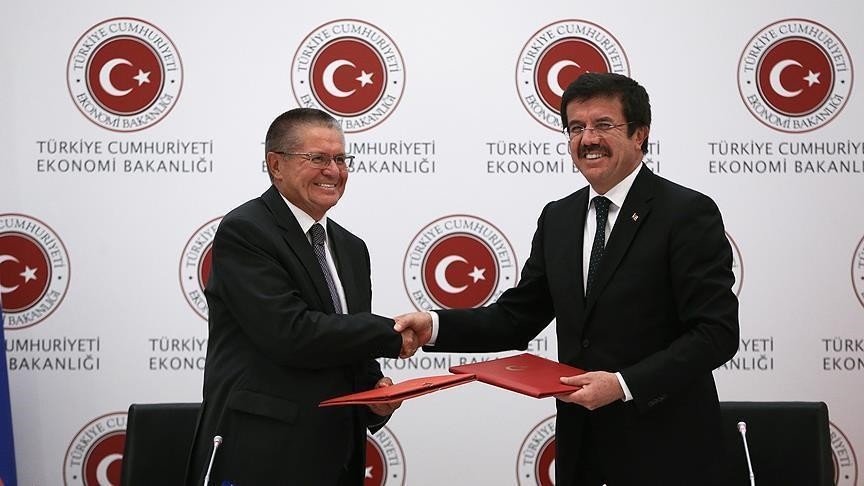 The $1 billion fund aims to boost relations in many areas such as tourism, energy, agriculture and transport.

Speaking to journalists in Istanbul following meeting with Russian counterpart Alexey Ulyukaev, Zeybekci said: "We have reached a significant level in a free trade agreement between countries."

The minister added they were working on a free trade agreement.

"We have agreed on signing a historical deal with Russia by the end of 2017," he said.

"The investment fund will be instrumental for business," added Ulyukaev. "There might be some investment in agricultural industry as well, in producing products with high added value."

Diplomatic relations between Turkey and Russia soured following the downing of a Russian warplane that violated Turkish airspace last November, prompting Kremlin to order sanctions on Turkish food products, an end to visa-free travel and a ban on Russian tourists taking package holidays in Turkey.

Relations were normalized this June and July through a letter and subsequent telephone calls between the countries' leaders. Since then, increasingly Turkey and Russia relations have become normalized and are expected to get higher.