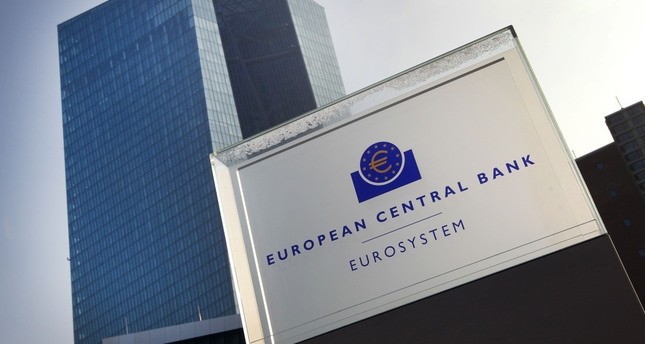 The European Central Bank is facing weak growth and super-low inflation, which means President Draghi will have to persuade investors that the bank is ready to pull the trigger on more stimulus

European Central Bank President Mario Draghi will have a tricky task next Thursday: give just enough clues about the bank's next move but not fuel undue expectations that could perturb markets.

China will also be in spotlight in the coming week, reporting third quarter GDP figures on Wednesday, with data likely showing steady growth at 6.7 percent, as increased budget spending and a property boom offset stubbornly weak exports. The ECB is facing weak growth and super-low inflation, which means Draghi will have to persuade investors that the ECB is ready to pull the trigger on more stimulus at the same time that he preserves an escape route since the bank has already done unprecedented easing and its room to manoeuvre is limited.

The question to decide is whether to extend an 80-billion euro per month asset purchase program, due to run out in March, or start dialling back stimulus. It will be tough call as the hawks, including Germany, the bloc's biggest economy, oppose any further easing. But a decision is seen as premature as the euro zone economy is humming along, giving Draghi some time refine options. A Reuter poll on Thursday found economists expecting no change in the coming week's meeting but a tweak of policy in December.

On the macro front, industrial production is rebounding, confidence is holding up, government budgets may provide a touch more stimulus next year and oil prices are nudging higher, lifting up inflation prospects. Draghi has already said that inflation could rise to ECB's target of close to 2 percent by late 2018 or early 2019, an unusually upbeat projection. Yet the bank has warned that underlying price pressures still lacked a convincing upward trend and its projections were predicated on "very substantial" monetary support, signals analysts said pointed to an extension of asset buys. Technical constrains, such as low bond yields and asset scarcity, have also eased in recent weeks, giving the ECB time to adjust the asset buying scheme's parameters.

The Chinese government has been battling to get its economy back on steadier footing while gently pressing with painful and politically sensitive reforms to cut industrial overcapacity and ballooning debt. Although growth has appeared to stabilise, economists warn that it has become too reliant on government spending and a housing market that is showing signs of overheating. Debt is around 250 percent of gross domestic product and excessive credit growth is signalling an increasing risk of a banking crisis in the next three years, the Bank of International Settlements warned recently. Growth, falling to a 25-year low last year, is also expected to ease further as foreign trade shrinks and the excessive reliance on debt is bound to ease.