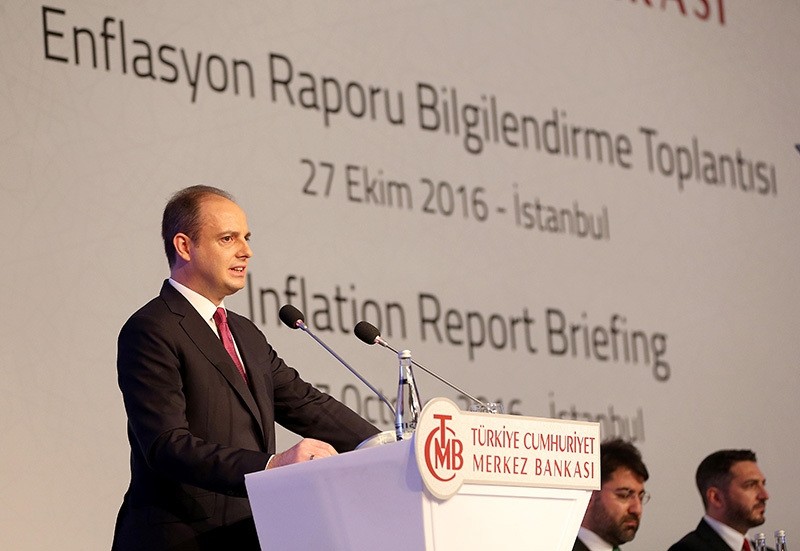 Turkey's Central Bank raised its inflation forecast for next year, citing an increasing pressure of the depreciation of the Turkish lira on Thursday.

In a press conference held to announce the fourth inflation report of the bank, Central Bank Governor Murat Çetinkaya said the bank had revised upwards its inflation forecast for 2017, which was 6 percent, up by 0.5 percentage points due to the recent volatility of the Turkish lira and rising oil prices.

Çetinkaya explained that they did not change the forecast for 2016 since upside risks were expected to offset downwards risks.

Çetinkaya said that Turkish lira, which recently suffered from sharp volatility and oil prices, was starting to recover.

"We raised the headline consumer price inflation for 2017 year-end by 0.5 percentage points, compared to previous report, due to the upside impact of increasing import costs, despite the downside effects of a decline in food inflation and total demand," Çetinkaya said.