Eurozone economy grows at muted rate as inflation picks up 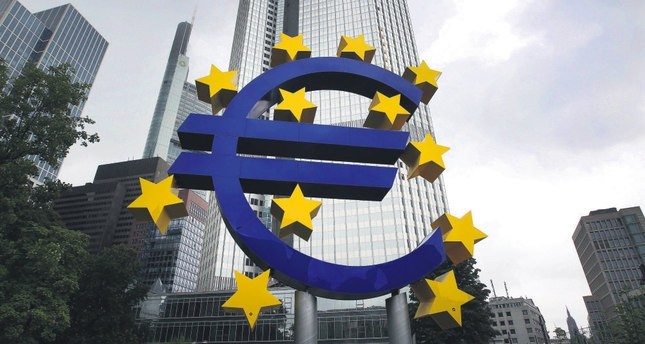 The 19-nation eurozone economy eked out another quarter of muted growth in the third quarter of the year, and saw inflation rise in October to its highest level in more than two years as oil prices rebound from decade-lows, official figures showed yesterday.

European Union statistics agency Eurostat said the eurozone economy grew by 0.3 percent in the July to September period, unchanged from the previous quarter, while inflation edged up to 0.5 percent in the year to October from 0.4 percent the previous month.

The eurozone's growth rate remains fairly paltry even after accounting for any uncertainty caused by Britain's vote in June to leave the EU, if repeated in the final quarter of the year, the eurozone economy will register growth of only 1.5 percent in 2016.

That sort of growth is unlikely to make much of a dent in the region's unemployment rate, which still stands at a high 10.1 percent, more or less double the rate that exists in the U.S.

It's also not high enough to really stoke much-needed inflationary pressures in the eurozone. Getting growth higher and reducing unemployment would help get inflation towards the European Central Bank's target of just below 2 percent by boosting wages and living standards.

Separately, Eurostat said the eurozone's annual inflation rate rose to 0.5 percent in the year to October from the previous month's 0.4 percent. October's rate is the highest since June 2014, when inflation was also 0.5 percent.

The increase in the headline rate was due largely to the fact that energy prices were only 0.9 percent lower in the year to October compared with 3 percent in September. In October 2015, the downward impact from energy prices was a massive 8.5 percent.

In recent months, oil prices have started to rise again, partly because of a commitment by the Organization of the Petroleum Exporting Countries to push through a production cut next month.

The headline crude oil rate stands at around $50 a barrel. Though way down on the $100-rate seen back in the summer of 2014, it's up substantially from the start of this year when it fell below $30 for the first time in more than a decade.

The increase in the headline inflation rate will be welcomed up to a point by policymakers at the European Central Bank, which has enacted a series of stimulus measures over the past couple of years largely to avoid a sustained period of falling prices. So-called deflation can weigh on economic activity if consumers and businesses opt to delay spending in the hope of cheaper prices down the line.

However, the ECB, which has cut to zero its benchmark interest rate, still has a way to go before inflation is where it would like it to be. The ECB's first priority is price stability, that is, avoiding both extremes of inflation or deflation.

A more detailed look at Monday's figures showed that underlying inflation pressures in the eurozone remain benign. After stripping out the volatile items of food, energy, alcohol and tobacco, inflation was unchanged at 0.8 percent.

Given the underlying picture, most economists think the ECB will indicate in December that it will extend its 80 billion euros ($88 billion) in monthly bond purchases beyond March 2017, currently the earliest possible end date. The bank has said the purchases, which are intended to boost lending by keeping market interest rates low, will continue until inflation rises to more acceptable levels, but has left the end-date otherwise open.
RELATED TOPICS