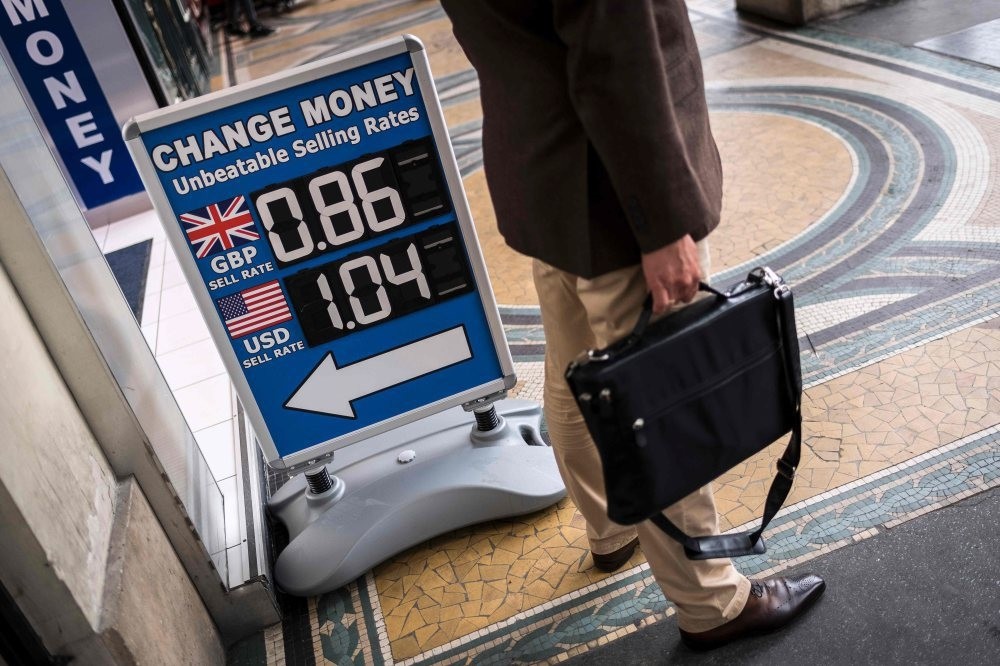 Sterling surged to a four-week high close to $1.25 on Thursday, after England's High Court ruled that the government needed parliamentary approval to trigger Brexit and as the Bank of England scrapped plans to cut interest rates. The court ruling offered hope to investors worried that Prime Minister Theresa May's cabinet is set on an economically disruptive "hard Brexit", reckoning lawmakers - a majority of whom supported staying in the EU in June's referendum - will push for Britain to keep access to Europe's single market. Sterling climbed as much as 1.5 percent to hit $1.2494, its strongest since Oct. 7 - the day a "flash crash" briefly sent sterling plunging 10 percent in a matter of minutes. That left it on track for its best week in eight months, after an almost 2.5 percent climb.

Shares in European banks - another big source of concern in the Brexit process - gained 1.7 percent, while UK midcaps, more geared to the domestic economy than their bluechip peers, jumped 1.5 percent, significantly outperforming the more globally-focused FTSE 100. The daily spread between the two indexes' moves was poised to hit its highest since 2009. The government said it would appeal the judgement at a Supreme Court hearing set for early December.

"While the ruling may be reversed when appealed at the start of December, the decision does offer hope to 'remainers'," said Oanda market analyst Craig Erlam. "In the best case scenario, it won't pass through parliament and the Brexit referendum will have been for nothing. (That) is still unlikely at this stage as the political backlash could be extreme but still, this ruling does offer hope and this is why we've seen sterling spike."

Other analysts said the impact of the court decision would be far more limited, and many said lawmakers were unlikely to block the formal invocation of Article 50 of the EU constitution, which triggers exit negotiations.

Japanese bank Nomura last week laid out research that showed that while 74 percent of the members of parliament known to have a view supported remaining in the EU before the referendum, 61 percent of their constituencies voted in favour of leaving.

"It's hard to ignore that 51.9 percent of the country voted to leave the EU," they said. "It's even harder when you are an MP who at some point will stand for re-election, especially knowing that 61 percent of the parliamentary constituencies that vote in MPs also voted to leave."

A number of traders also stressed that the pound's bounce looked like a short-term correction to the falls of the past 4-1/2 months, which have knocked almost a fifth off its value.

Having already surged on the High Court ruling as well as data showing a growth spurt in Britain's dominant services sector, sterling was further boosted by the BoE's latest inflation report, in which the Bank said the chances of a rate hike had risen since its last quarterly report.

The BoE cut rates to a record low of 0.25 in August and said they would cut them again in order to deal with the economic fallout of Britain's vote to leave the European Union, but sterling's plunge since then has sent inflation expectations soaring.

"It certainly looks like they (BoE policymakers) are becoming more concerned about the impact of sterling's weakness on the outlook for inflation," said Lee Hardman, an analyst with Bank of Tokyo-Mitsubishi in London. "They have even signalled that they could raise rates even if that is not the core scenario. Relative to the previous meetings, the change is really noticeable. I was expecting them to place more emphasis on the weaker medium term outlook."
Last Update: Nov 04, 2016 1:05 am
RELATED TOPICS