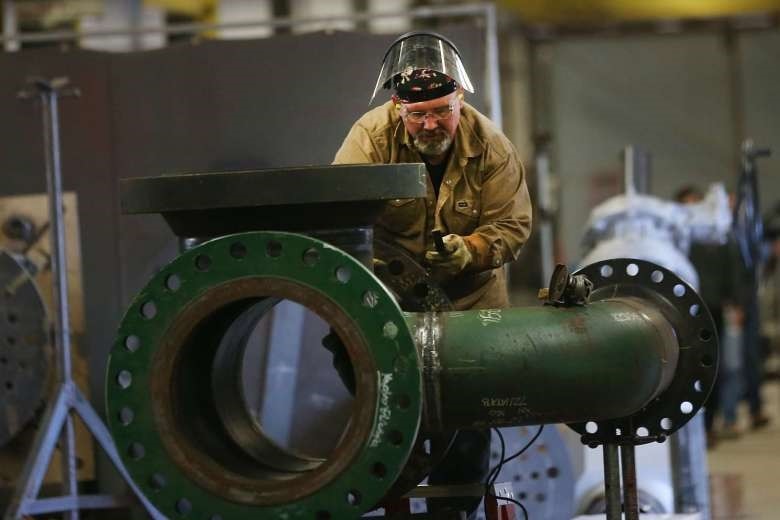 As the long-awaited U.S. presidential race is nearing the finish line, the difference between Trump and Clinton's economic policies indicates that the election results will play a critical role in terms of both U.S. and world economies

The victorious candidate in the U.S. presidential election held next Tuesday will determine the future of the world's biggest economy. While a victory for Republican Donald Trump would bring radical changes to the economy, a win for Democrat Hillary Clinton would continue the status quo.

Long awaited worldwide with curiosity and concern, the U.S. presidential election is only a day away. Despite remaining unnoticed during the scandalous campaign period, presidential candidates Trump and Clinton's election promises are separated by sharp lines. 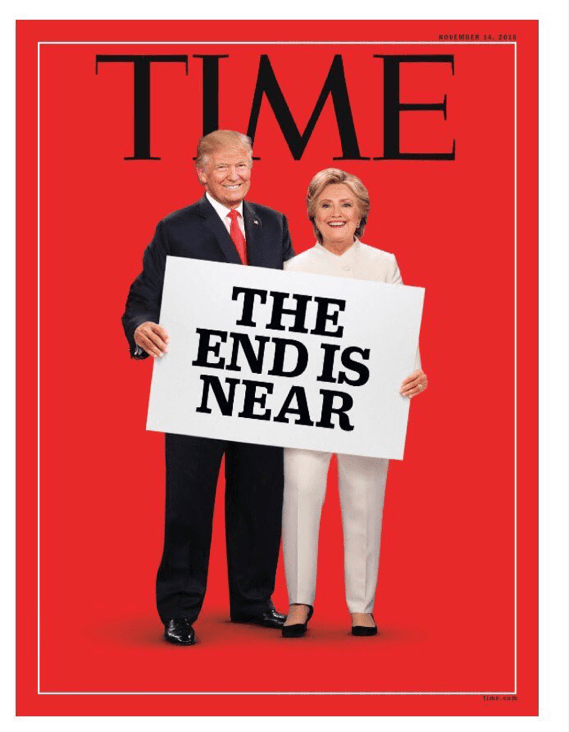 This situation is valid for their economic policies as well. While former Secretary of State Clinton suggests keeping the Obama administration's middle-class-oriented policies, real estate billionaire Trump defends radical changes in the economy to "make America great again."
Great differences between the economic policies of the two candidates indicate that the election results will play a critical role in terms of both U.S. and world economies.

Tax reforms lead the way in the policies that will deeply affect the U.S. economy in the long run. Reforms foreseen by the two candidates who promise to simplify and justify the distorted tax system as in every other presidential election are completely different from each other.
Saying the amount of tax paid by the rich should increase, Clinton suggests the amount paid by people who make over $5 million a year should be increased from 39.6 percent to 43.6 percent.

Clinton's suggestion means that a new bracket would be added to the seven income brackets that are subject to various amounts, starting from 10 percent and increasing to 15, 25, 28, 33, 35 and up to 39.6 percent. The former First Lady wants those who make over $1 million to be subject to at least a 30 percent income tax. Projecting changes in company-oriented tax institutions, Clinton promises new regulations to prevent American firms from evading tax by moving their headquarters outside the country.
Clinton supports infrastructure investments, educational activities and clean energy projects by using the extra public revenue obtained thanks to the new tax reforms targeting rich Americans.

Trump, on the other hand, wants to reduce the income brackets and the corresponding tax amounts from seven to three, suggesting that reduction of taxes will boost the economy.
Besides, suggesting that the corporate tax should be decreased from its current level of 35 percent to 15 percent, Trump thinks low taxes will prevent American firms from moving to other countries with fewer taxes and help those who have left to return.

Additionally, Trump wants to completely lift the estate tax, an issue long discussed by the Republicans. On the other hand, Trump does not plan on lifting the real estate tax as previously depicted in the media. This situation is caused by the misuse or mistranslation of the terms "estate tax" and "real estate tax."

According to the Tax Policy Center established in collaboration with the Washington-based think tank Brookings and Urban institutions, Clinton's tax policies will increase tax income by $1.1 trillion in the next 10 years, while Trump's tax reform would result in an income loss of $9.6 trillion.
Trump claims this loss will be balanced by economic growth, but tax specialists think that is not a possible outcome. Therefore, some people think Trump's victory would take the country's already high budget deficit to unsustainable levels and cause a new financial crisis.

Trump comes to the fore in opposition to trade deals

While Democratic candidate Hillary Clinton points out that she will only support trade agreements that provide employment opportunities and higher wages, Trump comes to the fore with populist suggestions with regards to cancellation of all currently executed and negotiated agreements. Changing her opinions about the Trans-Pacific Partnership (TPP) despite having conducted its negotiations while she was Secretary of State, Clinton says she will not support the agreement whose final draft was presented to the public since it does not stick to her criteria.
While Trump opposes both the TPP and Transatlantic Trade and Investment Partnership Agreement (TTIP) currently negotiated with the European Union (EU), Clinton says she will sign both agreements.
Often pointing to that the North American Free Trade Agreement (NAFTA) signed by her husband Bill Clinton while criticizing Hillary Clinton, Trump defines NAFTA as the "worst agreement the U.S. has ever signed" and says he will terminate the agreement.

The Republican candidate also has very extreme plans previously offered by no one, such as suggesting 45 and 35 percent tariffs on goods imported from China and Mexico, respectively. Therefore, if Trump is elected, radical changes await the U.S. in terms of its commercial relations.
Clinton, on the other hand, suggests that Trump's "off-the-wall" policies will cause customs wars, isolate the U.S and drag the economy into recession.

Clinton wants to increase regulations while Trump wants to decrease them

Asserting that extreme regulations damage the country's economy by over $2 billion and shrink the economy by 25 percent, Trump has called for a repeal of the Dodd-Frank regulation. This also means the repeal of other institutions opened in accordance with the Dodd-Frank law put into effect in 2010, such as the Consumer Financial Protection Bureau (CFPB), the Financial Stability Oversight Council (FSOC) and the Federal Insurance Office (FIO).

If Trump is elected, Yellen can say goodbye to the Fed

The Federal Reserve is another institution whose fate depends on this year's presidential election. Trump claims in many of his speeches that the Fed has made a political decision in favor of the White House and has created "a false stock market." Making accusations such as "The Fed keeps interest rates low because it does not want everything to fall down" or "They do not increase interest rates since they are politically supervised," Trump went a step further and targeted Fed President Janet Yellen.

Suggesting "Yellen should be ashamed of herself for what she is doing to the country," Donald made serious accusations, such as "She is being political, and she is doing what Obama says." The Republican candidate often says that if he is elected, he will not nominate Yellen whose period in office ends in 2018 as a candidate during his four years in office.
Additionally, two empty seats on the Fed's Executive Board will give the new president a chance to influence monetary policy since the board members - who must be approved by Congress after being appointed by the U.S. president - play a determining role in the bank's monetary policy.

While more "hawks" are expected to be appointed to the executive board if Trump is elected, Clinton is expected to make more "dove" assignments, which will preserve the status quo. Therefore, the results of the presidential election are of grave importance to the whole world since it will affect the global economy's most effective actor - the Fed's monetary policy.

Clinton and Trump suggest $12 and $10 for minimum wage, respectively

The differences between Clinton and Trump are minimized when it comes to the issue of a federal minimum wage. Democrat Clinton suggests that the minimum wage should be increased from $7.5 to $12 an hour.

Trump, on the other hand, made controversial statements about minimum wage as he has done with many other issues. Complaining that wages were "too high" in the U.S in a debate in November 2015, Trump said in May: "I do not know how people get on with $7.5 per hour. In this case, I would like to see some increase in wages." Noting that an increase in minimum wage should be left to state administrations, the Republican candidate's current suggestion is to raise the federal minimum wage to $10 an hour.

However, both candidates back the suggestion that local administrations in regions and cities with high-living costs like New York should be able to implement a higher minimum wage.
RELATED TOPICS