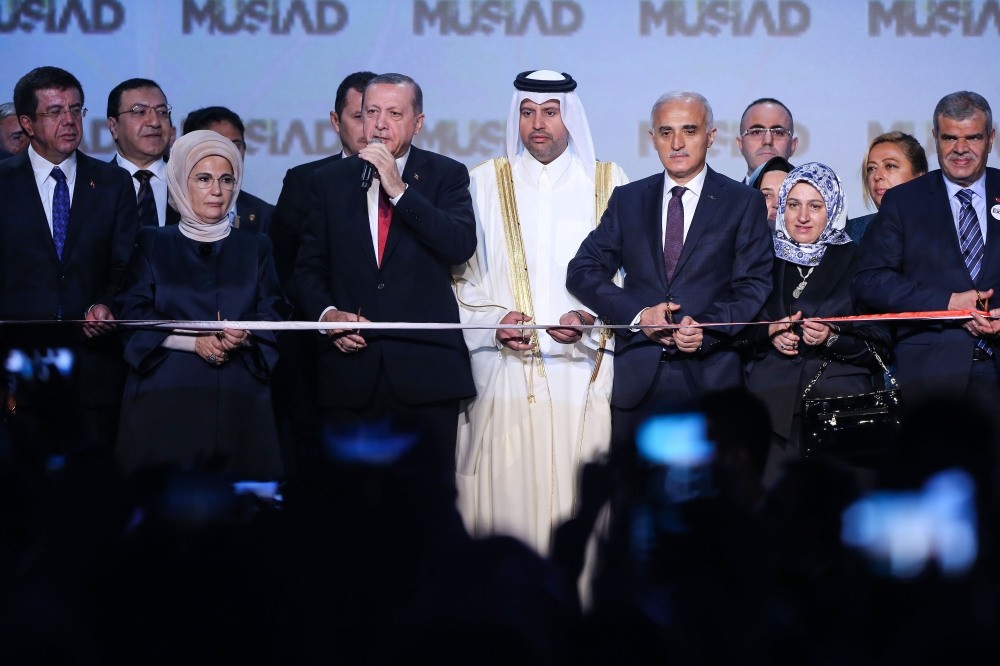 Foregrounding its key focus on Africa, the 16th International MÜSİAD EXPO 2016, attended by thousands of businessmen and nearly 700 companies from countries around the world, brought the curtain down at Istanbul CNR Fair Center

Held from Nov. 9-12, the fair was attended by some 700 firms, over 7,000 foreign business delegates, 1,000 buyers, procurement committees from 52 different countries and visitors from over 100 countries of the world.

In the process, the 16th MÜSİAD EXPO has proved that Turkish economy is standing on its own feet. More than 7,000 bilateral meetings were held during the fair, bringing together national and international figures from the sector.

Having put its key focus on Africa the fair welcomed more than 200,000 guests from different countries with at least 30 percent of all the foreign guests coming from the African continent.

Speaking at the opening ceremony of the fair, President Recep Tayyip Erdoğan had urged MÜSİAD to continue its interest in Africa in the future.

The 20th International Business Forum (IBF) and the 3rd High Tech Port defense fair were also held with simultaneously with the MÜSİAD EXPO.

A fair will be organized in Africa

Organized with the slogan "Business is here," the 16th MÜSİAD EXPO served as a meeting point for new business opportunities thanks to the B2B meetings held under the scope of the fair. Noting that Istanbul, which connects the Western trade roads to the East, is the most convenient place to host a trade fair, MÜSİAD President Nail Olpak said statesmen, politicians, businesspeople, entrepreneurs, bureaucrats, academicians and investments came together at the 16th MÜSİAD EXPO. He pointed out that they will organize the 4th High Tech Port in Pakistan next year and has an ongoing project to organize a fair in Africa in 2017.

'Turkey is greater than Turkey'

Stating that the fair has proved that Turkish economy is still going strong despite all the negative attempts, Olpak added that over 7000 bilateral meetings were held 3000 more than we expected. Stressing that MUSAİD EXPO was the proof that all the negative interpretations on Turkey and operations conducted to harm Turkish economy were pointless efforts, Olpak said: "As we said while opening the fair, Turkey is greater than Turkey and we have full faith on our economy."

IBF focused on development of entrepreneurial ecosystem and technology

Organized for the 20th time, this year's International Business Forum (IBF), was attended by Deputy Prime Minister Mehmet Şimşek as its keynote speaker. Themed around "Innovation Economy and Investment Ecosystem," the forum focused on the fact that in the competitive world of innovation economy, countries can only be superior to other countries if they can simultaneously establish the entrepreneurial ecosystem alongside development and commercialization of the technology.