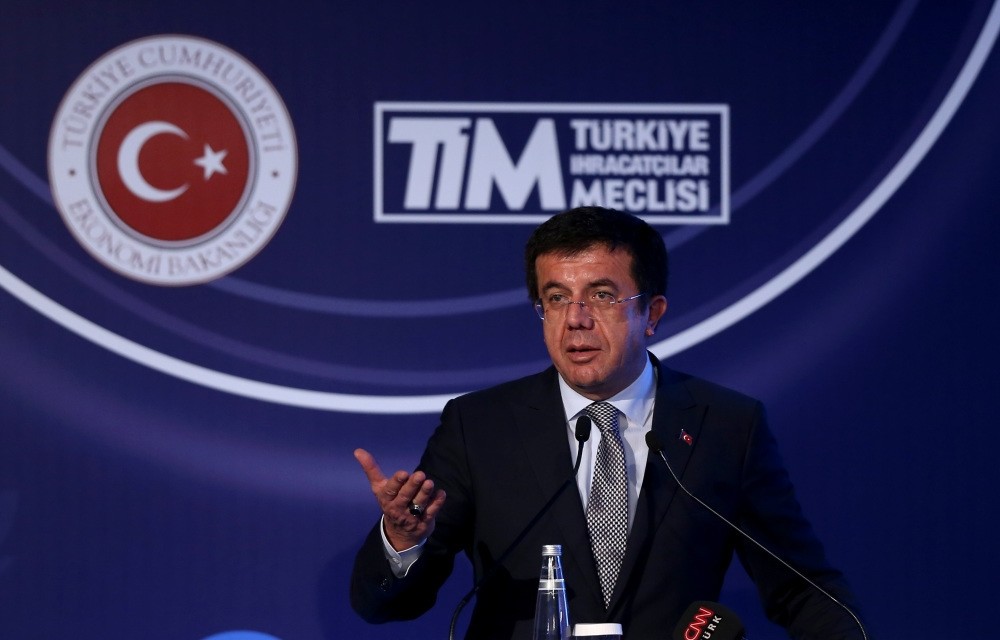 Delivering a keynote speech at the Export Summit, which was jointly organized by Economy Ministry and the Turkish Exporters Assembly (TİM), Zeybekci said the update talks on the Turkey-EU Customs Union Agreement will officially commence in January 2017. He reminded the audience that technical talks have been continuing since May 2015.

The Economy Ministry aims to finalize update talks within one to one-and-a-half years. Zeybekci touched on Turkey's EU accession process, saying Turkey's indispensable objective is to keep up with EU standards rather than achieving full accession in the union. Zeybekci also noted that full membership would not matter if Turkey can live up to European standards.

According to the minister, if the current Customs Union Agreement is expanded to include agriculture, food and service sectors and public procurements; if Turkey joins decision-making mechanisms, where it does not have a part now, and becomes a direct party to free trade agreements (FTAs) and similar agreements which the EU will sign with third countries, this would mean an economic integration for Turkey in the strictest sense. Stressing that this would be a great achievement, Zeybekci said EU countries' internal trade is around 70 percent. He further noted Turkey will try to reach the same level in trade with the EU, which means a great contribution to the Turkish economy.

The most important points of the new deal that both the EU and Turkish sides have agreed in May 2015 to include are: Turkey will take part in any consultation and decision-making mechanisms; Turkey will be automatically part of any free trade agreement signed between the EU and third countries; the EU will remove all trade obstacles and tariffs that obstruct the free movement of Turkish goods in the EU market that fall within the scope of the agreement; and the EU will include the agriculture, services and public procurement sectors, which were excluded in the 1996 agreement.
RELATED TOPICS