Canada expects Britain to be part of EU trade deal 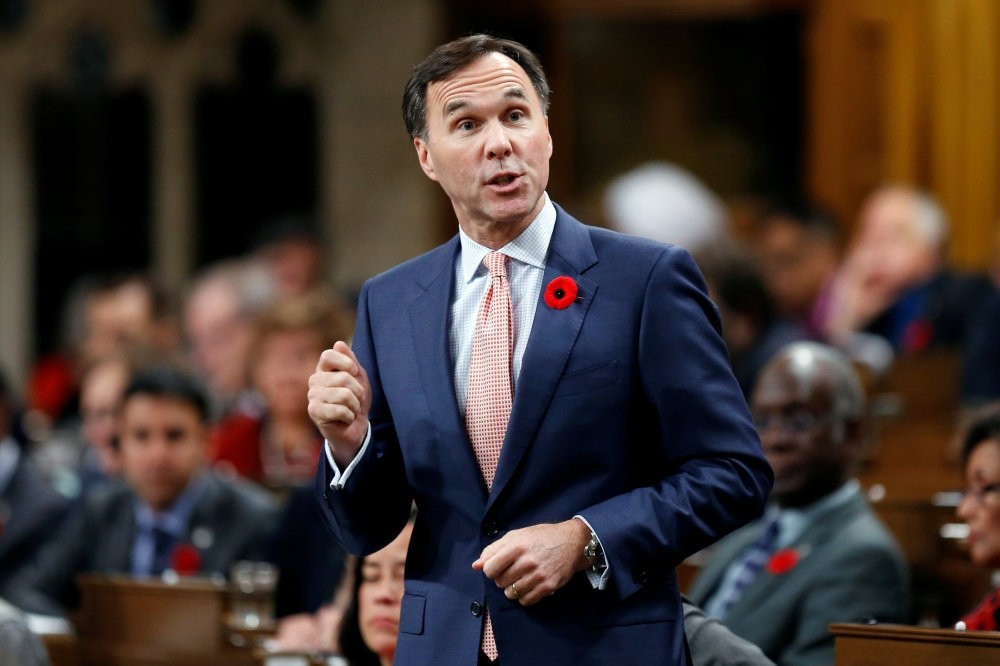 Finance Minister Bill Morneau
by Nov 17, 2016 12:00 am
Canada expects Britain to be part of the CETA trade deal between Canada and the European Union, and stands ready to work with Britain on how the system will function after Brexit, Finance Minister Bill Morneau told BBC radio yesterday. He also defended Canada's NAFTA trade deal with the United States and Mexico, which has been criticised by U.S. President-elect Donald Trump, and backed Bank of England Governor Mark Carney, a Canadian, who has been under pressure from pro-Brexit politicians. "Our expectation is that Britain will ratify the CETA deal and be part of that deal with Canada," Morneau said.

Britain has voted to leave the EU but remains a member for now. Negotiations on the terms of its exit and of its future relationship with the EU are expected to start next year.

Asked whether the CETA deal would automatically result in a Canada-Britain free trade deal on the same terms after Brexit, Morneau said: "We're going to respect the agreement that the UK has with Europe ... and stand ready to work together after that's concluded." As an EU member, Britain is not supposed to negotiate separate trade deals with third parties. Morneau also said NAFTA had been very positive for Canada, and his country would work to show its benefits to Trump.

On Tuesday Morneau said he aimed to hold joint talks with the United States and Mexico over their trade agreements. "Our sense is that Donald Trump cares enormously about showing benefits to Americans just as we do to Canadians," Morneau told the BBC yesterday. "When we look at the relationship between Canada and the United States, it's a positive one. We're pretty confident that will continue."

Morneau effusively praised Carney, who has faced heat from pro-Brexit politicians for warning before June's EU membership referendum of the economic risks of voting to leave the bloc. Often tipped as a potential future Canadian prime minister, Carney has said he will step down as BoE governor in June 2019. "We see Mark as one of our enormous success stories... Mark has the capacity to do any number of things, he's a very talented guy," Morneau said.