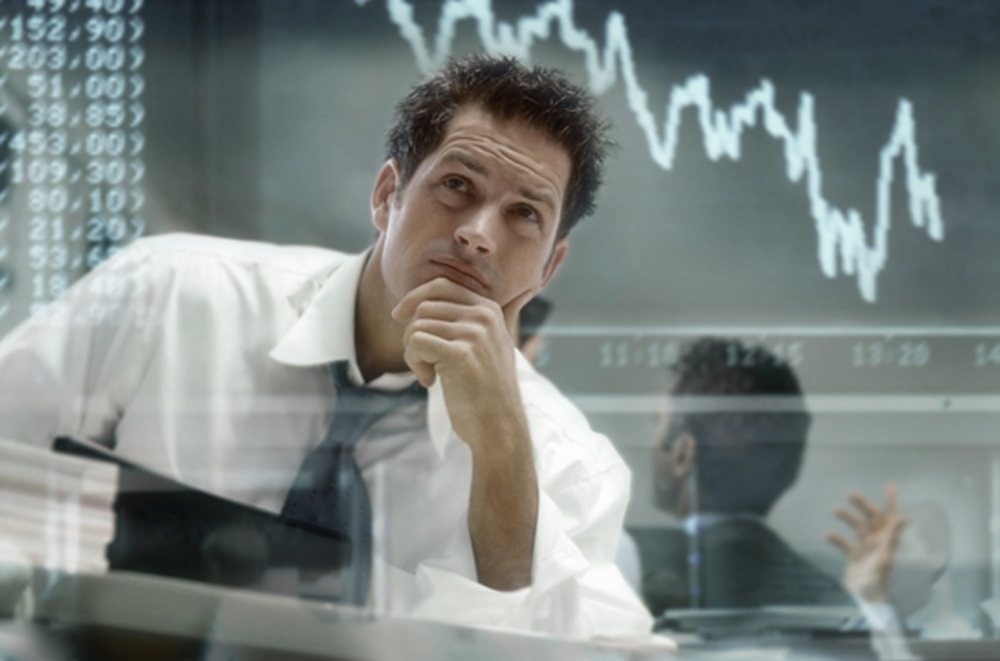 As the global economy nears the end of the year with many problems, the global economic agenda has become occupied with the rapid rise in bond yields following Trump's election victory in the U.S.

The uptrend which started in July in the bond yields of several countries, particularly the U.S., Japan, Germany, France and the U.K., became clear after the Federal Bureau of Investigation (FBI) launched an investigation into Hillary Clinton, which accelerated after the announcement of President-elect Donald Trump's victory.

As global bond yields, which began to increase in July and gained momentum a short while before the U.S. elections, continue to grow, experts warn that withdrawal from the bond market could bring many problems, including non-payment.

Especially over the last two weeks, markets have shaped expectations based on the possible consequences of Trump's economic policies. During that period, concerns about rising inflation and possible interest rate hikes by the U.S. Federal Reserve (Fed) accompanied a rapid rise in 10-year bond yields in global markets. This increase has led to an increase in sales which began in the U.S. and is spreading to the global markets. As a result, bonds are losing significant value.

According to economic theory, inflation and unemployment estimations are key factors in rising bond yields, as well as budgetary and account balance disruptions, weakening economic growth expectations and the rise in economic and political risk perception. On the other hand, 10-year bonds in the U.S. are an indicator that affects interest rates in the entire world.

After the Bank of Japan (BoJ) adopted a negative interest rate policy, the interest in U.S. bonds increased - which is considered to be a factor which directly impacts the rising trend in interest rates.

The upward trend in bond yields began in July and became clear toward the end of October, when the FBI announced that it would launch another probe into Democratic presidential nominee Hillary Clinton, on the grounds that she used a private email server while serving as secretary of state from 2009 to 2013. Since then, the rise in bond yields has gained a noteworthy amount of currency across financial markets.

The Clinton email scandal, a development that began just a few days prior to the election, brought with it expectations that the investigation would shrink the gap between Clinton and Trump. Although most opinion polls had predicted a Clinton victory, the FBI's move led to speculation that Clinton could lose the election.

All this caused the intensification of sales in bond markets. Moreover, following Trump's victory, the rise in long-term bond yields in the U.S. and many developed and developing countries gained momentum.

Bond yields in many countries soared since July

Ten-year bond yields in the U.S. began rising after they dropped to the lowest level of the year to 1.3222 percent in July. They exceeded 1.87 when presidential race developments escalated near the end of October, reaching their highest level since December 2015 at 2.3434 percent.

While concerns regarding the risks that Trump's economic policies pose for inflation rates stunned markets, bond market sales deepened not only in the U.S. but around the world, with yield curves displaying an uptrend in major world economies.

Speaking to Anadolu Agency (AA), Deniz Bank Private Banking and Investment Group Strategist Orkun Gödek said initial concerns regarding the upward movement in global bond yields began to surface in September and became apparent after meetings held by the European Central Bank (ECB), BoJ and the Fed. According to Gödek, as a result of the live debates held between the two presidential candidates throughout the month of October, the dollar gained value against the currencies of developed countries, paving the way for shifts in global risk perception. Gödek said that uncertainties about the new president's economic policies, campaign rhetoric and controversial preferences led to the emergence of concerns about U.S. inflation after Nov. 8, adding: "Even though not a single policy has been implemented and Trump has not taken office, we see that an advance pricing period has started. Underlying these circumstances are concerns about public allowances being allocated for infrastructure expenditures and the possible relaxation in fiscal policies."

Gödek further noted that concerns about the Fed's anticipated step towards normalization in December were overshadowed by the new president's economic policies, in terms of the course of interest rates. He said the main source of the movements in bond interests is short-term concerns, adding that, from a broader perspective, the rise gained momentum in September.

Stressing that he did not find this pricing surprising, Gödek said major upward thresholds were passed one by one, in a rapid way.

Underlining that 10-year bond yield levels in the U.S. of 1.80, 1.98 and 2.10 percent are of crucial technical and psychological importance, Gödek said the current levels that need to be examined include the 2.20 and 2.05 percent levels which also include the average level of the past 200 weeks, suggesting that the level is likely to be stabilized between 2.20 and 2.30 percent for a while. "If we see a formation above the average, then we can expect that things will go worse in terms of global risk perception," Gödek said.

Orkun Gödek stressed that the movement in bond yields is global and that it has spread across the developed and developing countries. Recalling that negative interest rates had been realized by ECB and BoJ during the period when deflation concerns increased, Gödek said this situation led investors to look at the bond market on a global basis due to the concept that interest rates would maintain their low levels over a long period of time.

Stressing that, at this point, some noteworthy developments have occurred on the bond front along with the recovery tendency seen in energy prices and bond yield movement in the recent period, Gödek said the value of bonds traded with negative interest rates dropped down to $1.4 trillion with a 14 percent decrease in the first week following Trump's victory, noting that the said number is currently 28 percent below the peak in June. Stating that they have followed the reports which suggest that the total amount reached $8.7 trillion in November, Gödek said 90 percent of the bond market that trades with negative interest rates is made up of public papers while $5.1 trillion is dominated by Japan, $1.2 trillion by Western Europe, and $1.1 trillion by Germany. "If the upward trend of interest rates is permanent, substantial losses and unpaid debts might be in question on this front. It is crucial to closely follow the course of interest rates while also taking into consideration the corporate bonds worth as much as $100 billion dollars," Gödek said.
RELATED TOPICS