Turkish companies create 10,000 jobs in Ethiopia, with a total capital of $3 million 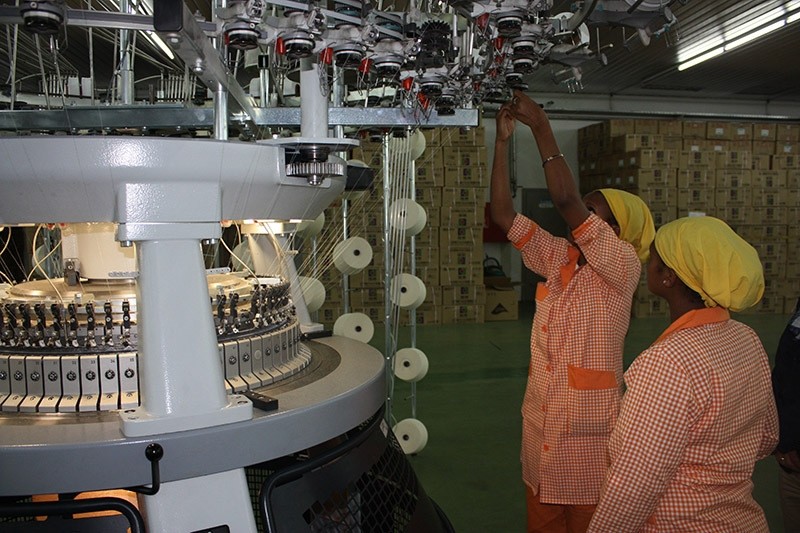 Ethiopia's ambassador to Turkey has told Anadolu Agency (AA) how Turkish investors have created more than 10,000 jobs, with companies up and running in the east African nation, often dubbed as the "Cradle of Mankind."

Speaking in Ankara this week, Ambassador Ayalew Gobezie pointed to a deep-rooted history between Turkey and Ethiopia which allowed the two countries to grow financially and politically. The ambassador highlighted the beginning of relations between Ethiopia and Turkey which go back to the Ottoman era.

"The date goes back to 1896, when the Ottoman Empire was ruled by Sultan Abdülhamid II and Emperor Menelik II ruled the Ethiopian Empire," said the envoy. "The first Ottoman-Turkish consulate was opened in Ethiopia in 1912." Turkey's first embassy in Sub-Saharan Africa was opened in Ethiopia in 1926. Gobezie said, "There have been frequent visits by high-level government officials to the two sisterly countries."

"We can say that Ethiopia and Turkey have excellent bilateral relations which are characterized by ever-growing economic and political ties based on common understanding and mutual respect." The ambassador added that the leadership of both states were "fully committed to strengthening" the already-existing bilateral relations.

Gobezie recalled the visit to Turkey by Ethiopia's late Prime Minister Meles Zenawi in 2007, who died in August 2012, and the current president Mulatu Teshome's visit in August 2015.

Meanwhile, Turkey's President Recep Tayyip Erdoğan and Economy Minister Nihat Zeybekçi visited the country back in January 2015, with a number of high-level officials and business people.

"Turkish investor companies like Ayka Addis and BMET Cable, and several others, have set up various investment activities in our country," said Gobezie.

"Currently, many Turkish companies have started producing and created more than 10,000 permanent jobs for Ethiopian citizens. Their total capital has reached some $3 million," he said.

The envoy highlighted the country's youthful demographic, saying half of Ethiopia's 100-million-strong population is aged between 15 and 30.

"More than 25 million children in Ethiopia are in primary schools, whereas Most of the African countries have a population of around 20 million. This high proportion of young people has formed a 'challenge' of creating jobs for Ethiopia, which has an unemployment rate of around 70 percent.

"Almost half of the investments coming to Ethiopia are made by Turkish investors," Gobezie added. "Ethiopia benefits more from Turkey and currently needs more investment from Turkish companies."

The ambassador also stressed on the cultural richness of Ethiopia, home to 10 UNESCO historic and cultural world heritage sites. "We were also bestowed the 'World Best Tourist Destination Award' for 2015," said the ambassador, calling on Turkish tourists to visit the country.

The envoy said domestic protests had arisen from economic issues and said the government is currently trying to take different measures.

"Given the appalling actions of the destructive forces on the lives of people, damaging investment projects and infrastructures, the government was obliged to declare the state of emergency," Gobezie said, adding the country has been able to restore law and order.

He confirmed business in the country "can be conducted as usual" and a ban on diplomats traveling in the country without permission has been lifted. Despite the unrest, Ethiopia has achieved seven of its eight U.N. Millennium Development Goals and witnessed double-digit economic growth. Real GDP growth in Ethiopia averaged 10.9 percent between 2004 and 2014.

The country is currently developing hydro-electric, solar, wind and geothermal energy projects. It is also working on sugar, railway, road and industrial park projects with the aim of creating job opportunities for more than 1.2 million people. Ethiopia has set itself the goal of being a middle-income country by the year 2025.