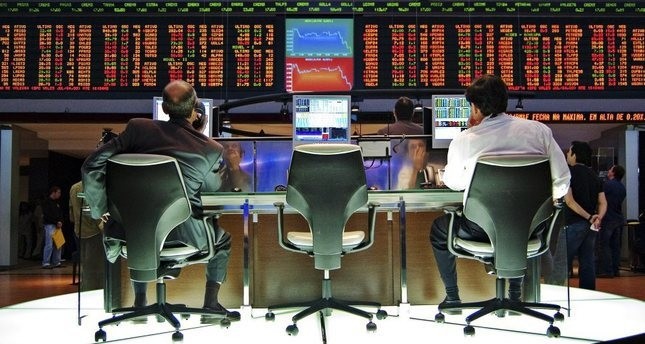 Turkish lira continue to lose value, like many currencies in the globe, since Donald Trump won the U.S. presidential election. The markets' eye is on the Central Bank's interest rate meeting on Thursday

After the cancellation of an Economic Coordination Board's (EKK) meeting set to be held Tuesday, all attentions has now turned to the Central Bank's MPC (Monetary Policy Committee) meeting on Thursday.

Central Bank's possibility of raising the interest rate and its repercussion on the market are of immense importance in terms of the exchange rate.

The EKK meeting which was held on Friday reshaped the expectations of the CBRT's MPC meeting in November, which is being closely monitored by the markets.

While six of the 13 economists who participated in a survey conducted on Friday after a sharp depreciation in the Turkish currency predicted a "technical" increase of 25 basis points in policy interest rate to complete the simplification step, 12 out of 19 institutions participating in a survey conducted yesterday envisaged an increase of 25 basis points.

Talking to the reporters yesterday, Prime Minister Binali Yıldırım said measures will be taken to deal with the fluctuations in the exchange rate, stressing that they are observing the economy's progress at all time and taking the necessary precautions by following all the external and internal developments.

Stating that the fluctuations in the U.S. dollar that has increased after Trump's victory could continue for some time, Prime Minister Yıldırım said the measures needed to be taken in Turkey can be summarized in two sections, one of which is the decisions taken by the Central Bank. Stressing that CBRT will take the decisions on their own initiative and put them into practice, Yıldırım said there are also decisions the government will take, some of which are reforms.

brought back to the country'

Şimşek was speaking at the Sanko University's open

Recalling the sharp rise of U.S. dollar, at a rate fastest in the last 13 years and grabbing headlines, Şimşek said this had also occurred in the 80's, 90's, and in the early 2000's, suggesting that this U.S. dollar index shows the real value of the dollar against all other currencies.

Stressing that dollar is on the rise, Şimşek noted that the day-to-day currency movements are neither originated in Turkey nor unique to it, listing two simple reasons behind the global rise of the U.S. dollar.

According to Şimşek, the first issue is whether a trillion dollar worth of a profit will be transfer back to the U.S. by corporations who keep it abroad due to low taxes. Recalling the new president's remarks after the election saying he will not let the corporations to keep money outside the country and urged them to bring it back. Şimşek said, "So let's say Apple today has hundreds of billions of dollars and euros of resources in Ireland. The company made a profit but did not take it back to the country. He [Trump] wants it [the company] to take it back."

Pointing out that second issue is Trump's desire to bring the trillions of dollars spent in Middle East back to the country and make investments in the U.S. itself.

Şimşek suggested that increasing investments in the U.S. means expanding the fiscal policy, therefore enlarging the budget and also the budget deficit. According to the deputy prime minister, expansions of the fiscal policy creates pressure on the monetary policy and thus creates inflation since the unemployment rate in the United States is under five percent which is generally defined as raw employment, meaning that increase in employment only comes with high wages and inflation.

Stating that increase in inflation can translate into increase in interest rates which in turn changes the assessment of dollar, meaning that the other currencies and profits kept outside will be changed into dollar when they return to the U.S., Şimşek said that increasing demand of dollar also means interest rate hike and that's why there is a very strong upsurge in dollar, adding that the conjuncture that includes other currencies is in favor of dollar as well.
RELATED TOPICS