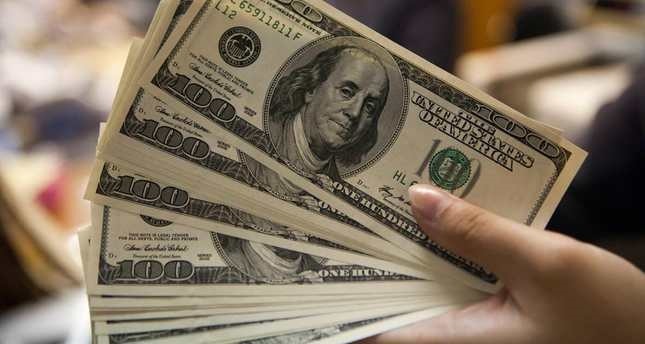 by reuters Nov 24, 2016 12:00 am
The dollar surged to its highest since March 2003 on Wednesday, bolstered by upbeat U.S. economic reports that showed the economy on track for steady growth as they reinforced expectations of rate increases by the Federal Reserve next month and in 2017.

The greenback also rose sharply against the yen, rising to an eight-month high, and climbed versus the euro to its highest in 19 months.

A 0.4 percent rebound in U.S. durable goods orders last month after a decline in September and solid U.S. jobless claims that have tracked below 300,000 for 90 straight weeks boosted the multiple rate hike view.

U.S. consumer sentiment also improved this month following the election of Donald Trump as president. The consumer sentiment index rose to 93.8, with gains recorded among all income and age subgroups and across all regions of the country.

Markets are now pricing in a nearly 100 percent probability of a December Fed rate increase, according to CME FedWatch.

The Fed minutes of this month's policy meeting released on Wednesday also pointed to an imminent rate increase.

"We have had a slew of data today, all supportive of the low threshold needed for rate increases," said Marvin Loh, senior global markets strategist, at BNY Mellon in Boston.

"We think anything short of a horrible number (in U.S. employment next week) will provide the verve for the Fed to move. Even an especially weak print may be discounted as a transitional figure ripe for revision," he added.

In late trading, the dollar index rose 0.6 percent to 101.67, after earlier soaring to an almost 14-year peak of 101.90. It has climbed more than 3 percent since Trump's victory two weeks ago.

Investors are betting the dollar will be supported by Trump's plans for fiscal stimulus, which may drive the Fed to raise rates faster than anticipated because of increased inflation.

China's offshore yuan, meanwhile, fell 0.5 percent on the day to a record low of 6.9530 per dollar as traders grappled with a strengthening U.S. currency and signs of accelerating capital outflows following Trump's election win.

The dollar rose 1.2 percent against the yen to 112.51 ahead of Thursday's U.S. Thanksgiving holiday. It earlier hit an eight-month high of 112.97 yen.

The euro is facing a host of upcoming political risks, including an Italian referendum in less than two weeks and French and German elections next year, which are likely to drive the currency lower.
Last Update: Nov 24, 2016 9:51 am
RELATED TOPICS