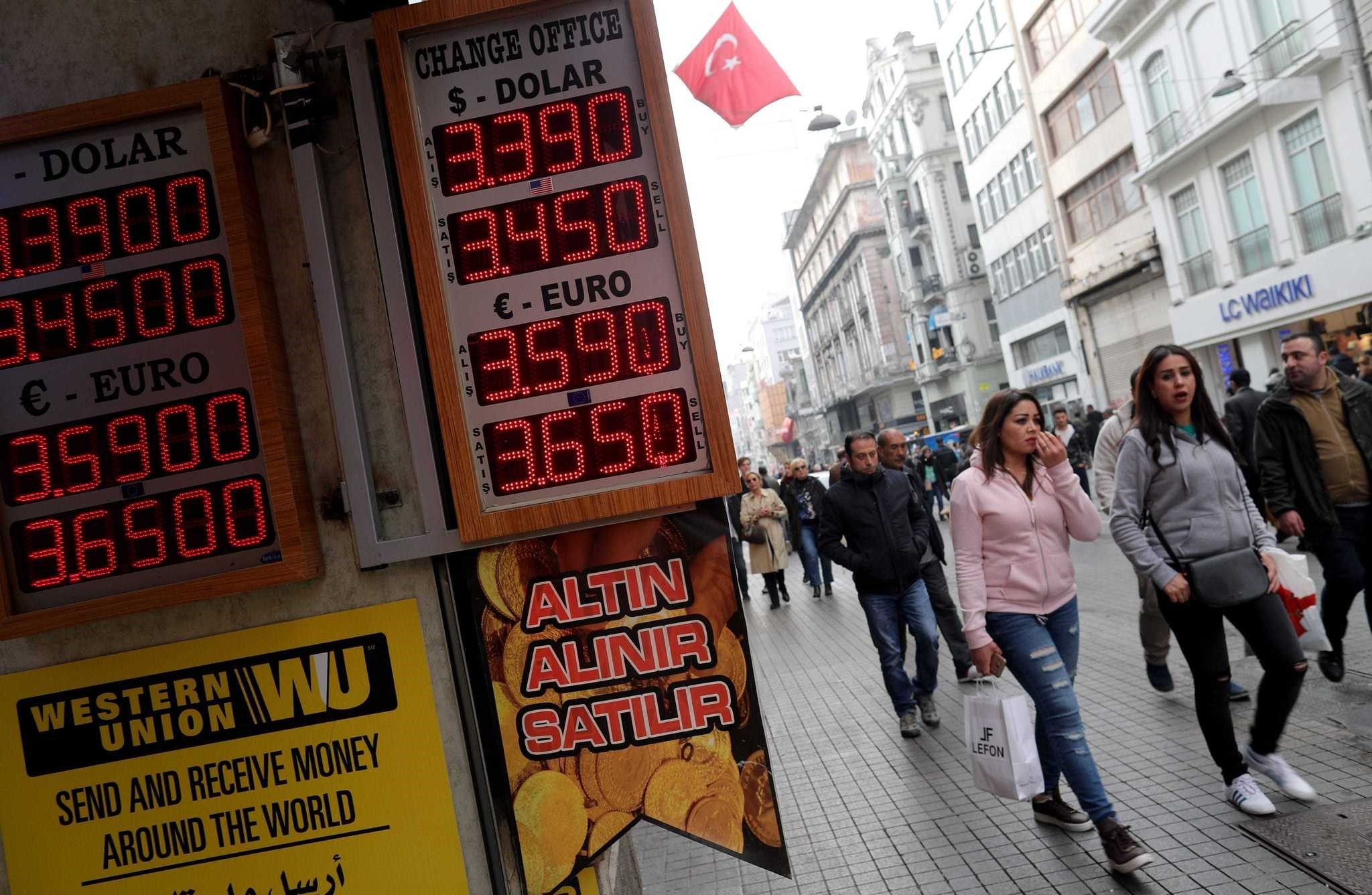 People walk near an exchange office on Istiklal Street in Istanbul.
by daily sabah Nov 26, 2016 12:00 am

The government has taken a raft of measures to boost production, investment and employment and consolidate economic stability. The decision is aimed at providing new incentives to exporters, holding public tenders in lira instead of foreign currency, facilitating loan access for businesses and encouraging global capital.

Prime Minister Binali Yıldırım announced that the government would implement new measures after the central bank's decision to raise interest rates. According to Yıldırım, the government will allow the payment of nearly $5 billion worth of foreign-currency denominated liabilities, which need to be paid to the state in the upcoming period in Turkish lira. This will prevent the demand for foreign currency from inflicting pressure on markets. Through the practice, approximately $2 billion will be provided to markets only in the November-December period. This amount will reach $5 billion in the next three to four months. Foreign companies can also benefit from this.

New regulations to relieve the real sector entered into force yesterday. Accordingly, Treasury incentives provided to the Credit Guarantee Fund (KGF) were increased, while it was made easier for small and medium sized enterprises (SMEs) to access financing by the KGF providing 100 percent guarantees to Eximbank. Furthermore, it will be possible for exporters to pay foreign currency-denominated loans provided by Eximbank in lira. These moves will leave $2 billion to $2.5 billion in funds for markets.

The CRBT reduced the foreign currency-denominated required reserve ratio by 50 basis points in all maturity segments the day before, providing nearly $1.5 billion in foreign currency liquidity.

Yıldırım called on the business world to make their contracts in Turkish lira instead of foreign currency, saying: "Why should rents in shopping malls, residences and offices be paid in dollars? As a nation, we must first respect our own currency as it deserves."

Touching on foreign exchange fluctuation, Yıldırım said Turkey has successfully overcome similar fluctuation and shocks over the past 14 years. Assuring that Turkey will successfully overcome this one as well, Yıldırım called on the public to feel at ease. He also touched on claims about capital restrictions and refuted them, saying they are ridiculous rumors that are spread on purpose
RELATED TOPICS