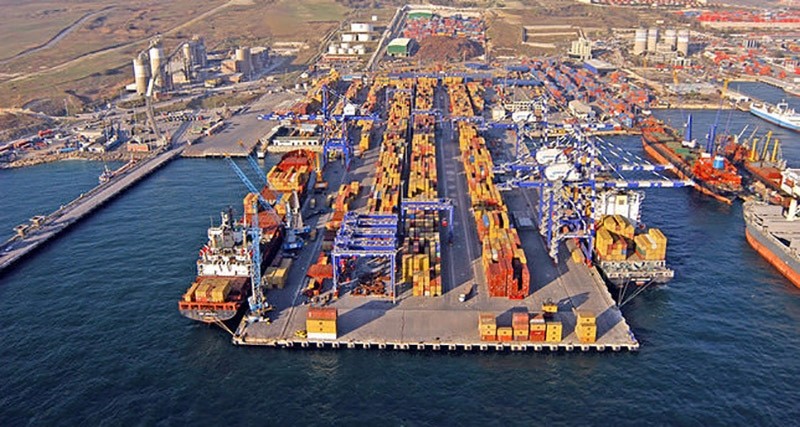 Exports in November rose to $11.95 billion from $11.38 billion in the same month last year, rising 4.6 percent, according to a report released by the Turkish Exporters' Assembly.

This figure had declined to $11.7 billion from $12.4 billion in the same month last year, slipping by 4.6 percent in October.

But the report showed total exports in the first 11 months of the year went down 2.4 percent compared to the same period last year, hitting $129 billion.

"We will see our export growth, which turned positive in November, to keep surging as a decline in commodity and oil prices came to an end and exports to neighboring countries, especially Russia, started to recover," head of the Turkish Exporters' Assembly, Mehmet Büyükekşi, said.

With regards to the possible impact of sharp depreciation seen in the Turkish lira, Büyükekşi said although even a cheap lira is positive for competitiveness of Turkish goods in markets, the predictability of the lira's value was equally important.

"The more important issue for us, over the lira's value, is its predictability.

"Our manufacturers and exporters suffer from sharp volatility in foreign exchange rates. In this regard, we appreciate the measures introduced by government," Büyükekşi added.

The Central Bank of Turkey last Thursday hiked its policy rate by 50 basis points to eight percent from 7.5 percent and the overnight lending rate to 8.5 percent from 8.25 percent in a bid to restrain sharp volatility in the Turkish lira.

Government officials also revealed plans to encourage the use lira in public procurements and tenders, which are expected to significantly reduce demand for foreign exchange currencies.