Turkey's economy will get through volatility unhurt, President Erdoğan says 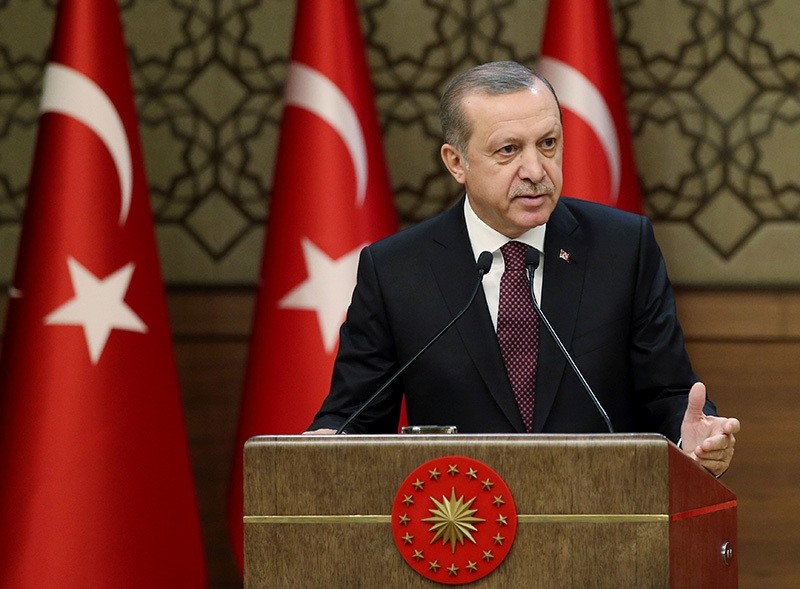 Recent volatility in Turkish markets after the surprising U.S. election result will not have a significantly negative effect on the country's economy, President Recep Tayyip Erdoğan said Friday.

Speaking in the capital Ankara at the ribbon-cutting for OTONOMI, a comprehensive automobile market including sales, maintenance, insurance, rentals, and used cars, Erdoğan said volatility due to the rising value of foreign currency will not have an negative impact on the economy.

"Don't worry, we will foil someone's tricks on this issue in short order. They tried the same tricks before, back in 2007-2008. I'm repeating what I said back then: this will be a footnote to our economy," said Erdoğan, and added, "Today's Turkey is three times richer than it was 14 years ago."

About the rising U.S. dollar/Turkish lira rate over the last 48 hours, Erdoğan called on Turkish citizens to convert their foreign exchange savings into lira and gold to help boost the value of the local currency.

'No solution except reduced interest rates'

Citing his frequent push for lower interest rates, the president said that many developed economies, such as those in the U.S., EU countries and Japan, impose ultra-low interest rates, while Turkish investors and consumers suffer from high rates.

"Why on earth do they have such low rates while our interest rates hover around 14, 15, or 16 percent? We will pave the way for investors with low interest rates. Only the finance sector benefits from high interest rates. I also recommend this for the state lenders," Erdoğan said.

As the dollar spikes against the Turkish lira, the pressure on Turkish financial assets continues to increase, led by political risks and uncertainties. Early in the morning, the dollar started the day at around 3.50 Turkish lira, following the news of the Economic Coordination Board meeting.

In the afternoon, after Erdoğan's speech, the dollar continued to spike, and hit a record high at 3.59. Along with the dollar, the euro also remained in the green, hitting 3.83. However, after conversions at such a high rate, the dollar declined and traded at 3.54, while the euro was exchanged at around 3.70.