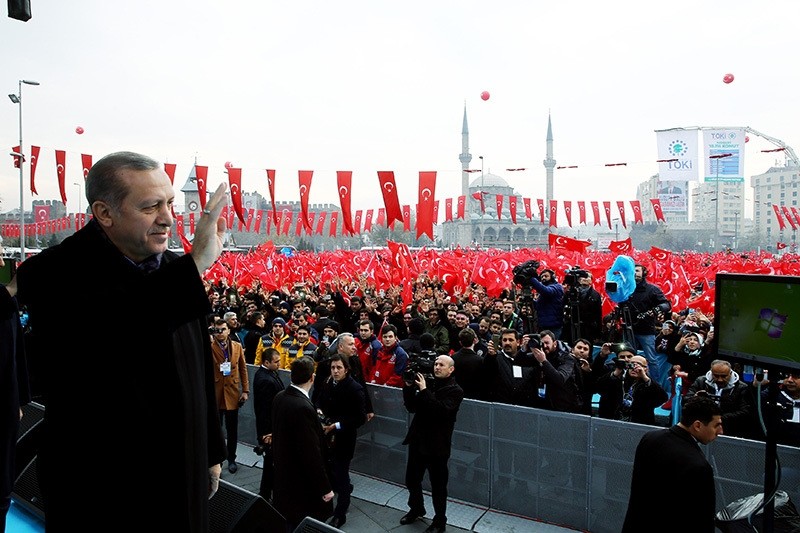 Turkey is taking steps to allow commerce with China, Russia and Iran to be conducted in local currencies, President Recep Tayyip Erdoğan said on Sunday, the government's latest effort to shore up the tumbling lira.

In a speech during an inauguration ceremony in the central city of Kayseri, Erdoğan also said that Prime Minister Binali Yıldırım would bring up the issue with Moscow during a forthcoming trip to Russia.

Erdoğan noted that Turkey will "play its own game" in the economic arena against "all games" played against it.

Erdoğan has called on Turks to cash in their foreign exchange holdings and buy lira and gold to stem the Turkish currency's decline.

Following Erdoğan's call to support the declining Turkish currency against the US dollar, Turkey's stock exchange also decided the same day to convert all of its cash assets into Turkish lira.

All of the cash assets will be kept in lira accounts, Borsa Istanbul said in a statement.

Also making remarks at the ceremony in Kayseri, PM Yıldırım said Turkey continues its economic growth despite all recent developments in the world. "It is for sure that Turkish economy remains strong against all attacks and ruses."

The lira has lost a fifth of its value this year, hit by a resurgent dollar and widening concerns on Turkey's economy and political stability in the aftermath of the July 15 failed coup by Gülenist Terror Group (FETÖ). The intensity of the clashes with the PKK terror group is at its highest during the 40-year-long armed insurgency, while Turkey also battles with Daesh terrorists in its south in Syria.

The ongoing talks between Turkish political parties regarding a possible referendum on switching to presidential system in spring also adds up to events pressuring Turkish lira.