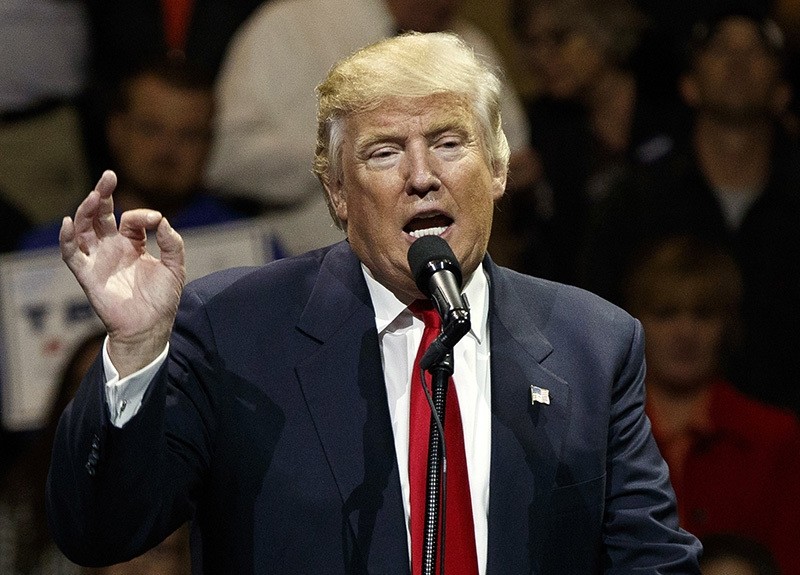 With Donald Trump's latest tweets touching on highly sensitive issues, China must decide how to handle an incoming American president who relishes confrontation and whose online statements appear to foreshadow shifts in foreign policy.

China awoke Monday to sharp criticism from Trump on Twitter, days after it responded to his telephone conversation with Taiwan's president by accusing the Taiwanese of playing a "little trick" on Trump.

Did China ask us if it was OK to devalue their currency (making it hard for our companies to compete), heavily tax our products going into..


That was apparently prompted by China's response to Trump's Friday talk with Tsai Ing-wen, the first time an American president or president-elect had spoken to Taiwan's leader since the U.S. broke off formal diplomatic relations in 1979.

their country (the U.S. doesn't tax them) or to build a massive military complex in the middle of the South China Sea? I don't think so!


The U.S. and Taiwan retain strong unofficial ties, and the U.S. sells weapons to the self-governing island. But American leaders have for decades avoided any official recognition in deference to China, "which claims Taiwan as part of its territory — to be captured by force if necessary." Trump's reference in another tweet to Tsai as "the President of Taiwan" was sure to inflame China, which considers any reference to Taiwan having a president as a grave insult.

China's reaction was relatively low-key and seemed to offer Trump a face-saving way out of an apparent blunder by blaming the Taiwanese side. English-language commentaries then appeared in two state-run newspapers known to be used by China's ruling Communist Party leadership to send messages abroad.

"Trump might be looking for some opportunities by making waves," said the Global Times in a Monday editorial headlined, "Talk to Trump, punish Tsai administration."

"However, he has zero diplomatic experience and is unaware of the repercussions of shaking up Sino-US relations," the newspaper said. "It is certain that Trump doesn't want a showdown with China, because it is not his ambition, and neither was it included in his promise to the electorate. He puts out feelers to sound China out and chalk up some petty benefits."

China's response was characteristically coded. But it now faces an incoming president who deals in outspoken tweets, not communiques.

Trump used a platform banned by censors in mainland China to renew several of his criticisms during the U.S. presidential campaign. Some of his arguments aren't true.

Taiwan's official Central News Agency, citing anonymous sources on Saturday, said that Edwin Feulner, founder of the Washington-based Heritage Foundation, was a "crucial figure" in setting up communication channels between the sides.

Vice President-elect Mike Pence said Sunday that the phone call shouldn't necessarily be interpreted as a shift in U.S. policy. He shrugged off the attention to the incident as media hype.

"It was a courtesy call," Pence told NBC's "Meet the Press."

Ned Price, a spokesman for the White House National Security Council, said Trump's conversation does not signal any change to long-standing U.S. policy on cross-strait issues — although some in Taiwan expressed hopes for strong U.S. support from the incoming administration.

In terms of Trump's criticisms, Chinese imports are taxed at standard U.S. rates, while Washington has recently slapped painful punitive tariffs on Chinese steel, solar panels and other goods.

And while China once kept a tight grip on the value of the yuan, also known as the renminbi, it now allows it to trade within a bandwidth 2 percent above or below a daily target set by the People's Bank of China.

The yuan is currently trading at around a six-year low against the dollar. But economists now conclude that the currency is more or less properly valued in relation to the dollar and other foreign currencies. And with economic growth slowing considerably and more Chinese trying to move money out of the country, the government is now spending massively to hold up the yuan's value rather than depressing it as Trump and other critics accuse it of doing. It has also imposed strict controls on Chinese moving money out of the country.

China has built up its military and constructed man-made islands in the South China Sea, and made sweeping territorial claims over almost the entire critical waterway. Those claims were broadly rejected in June by an international tribunal in The Hague.

The Chinese foreign ministry did not immediately comment to Trump's latest comments.

Shi Yinhong, a professor of international relations at People's University in Beijing, predicted China would not lash out immediately, but calibrate its response over the next several months after Trump enters the White House.

"Trump's remarks will certainly raise the concerns of Chinese leaders," Shi said. "But at the moment, they will be restrained and watch his moves closely.