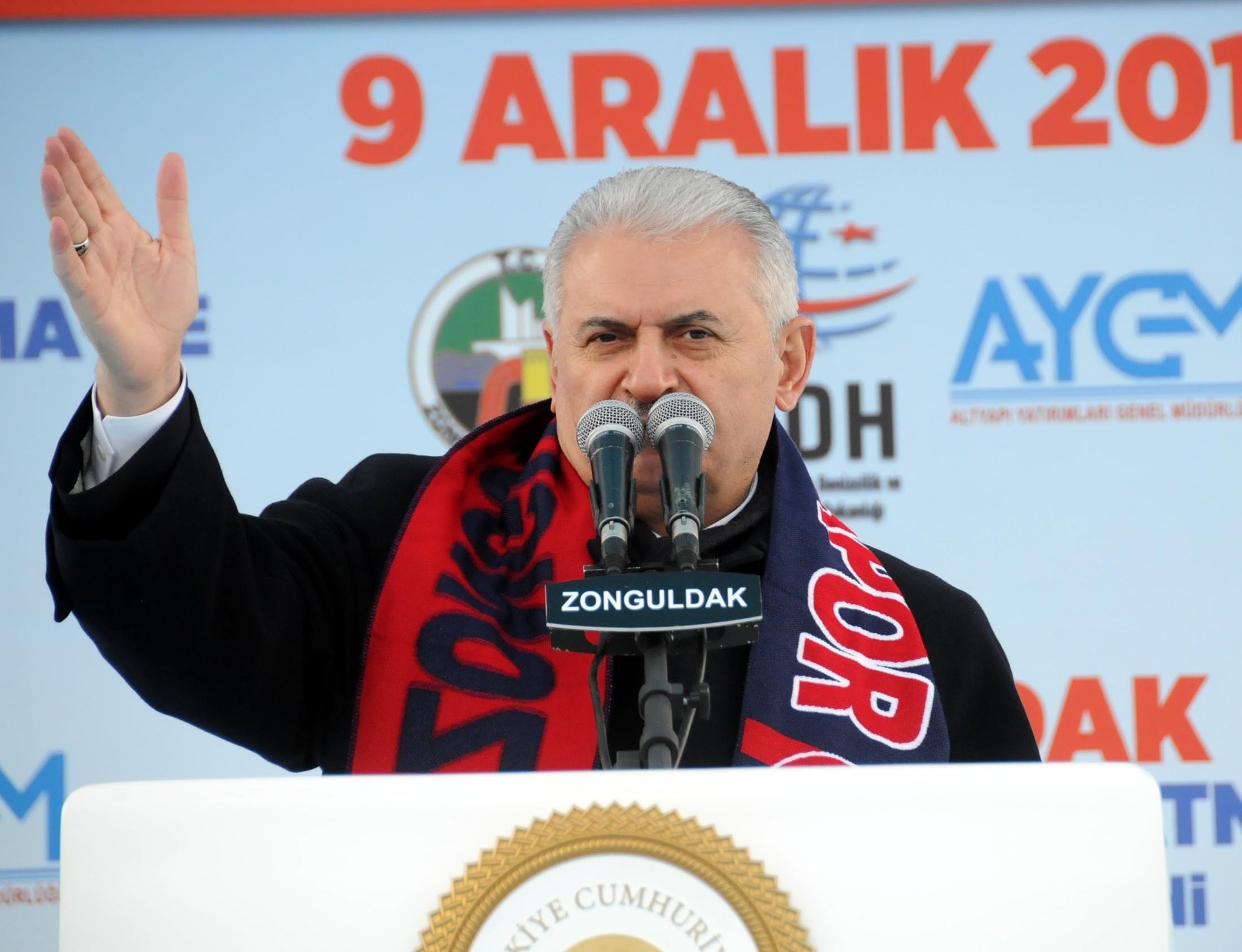 The groundbreaking ceremony for Filyos Port, which is going to be third largest port in Turkey, took place Friday in the city of Zonguldak with the participation of Prime Minister Binali Yıldırım. In addition, Yıldırım also participated in the collective opening ceremony of the other completed facilities.

During his speech at the ceremony, Prime Minister Yıldırım, indicating that other investments will come at the same time as the port project, said, "This project is not only about Zonguldak, it also concerns Turkey as the greatest gate of the Anatolian lands to the eastern Black Sea."

Yıldırım indicated that the Filyos project, which was the dream of Sultan Abdulhamid II, is a dream come true. "The total cost of the port is TL 538 million ($154 million). It's just a start; we have the infrastructure, the port, but behind it we are transforming hundreds of thousands of acres into an industrial zone," he said.

'Loading and unloading capacity of 25 million tons per year'

Yıldırım said that they would make Zonguldak "a star of the Black Sea" in maritime transportation with this investment and: "Other investments will come at the same time as the port project. We have declared 607 hectares of industry as an industrial zone around the port. Fabrics and large factories will be built. We will manufacture at least 10 big factories in the production area in this industrial zone, and 12,000 people will be provided with jobs. The port will have a loading and unloading capacity of 25 million tons per year. "We invested TL 7 billion in 14 years in Zonguldak. In terms of foreign trade, we know that Zonguldak is a vital proposition. We have increased the number of 35 Maritime Schools to over 100. The maritime trade filum rose from 19 to 14. Our shipyard count went from 37 to 79. There are over 1,400 classrooms, seven hospitals, 2,112 dwellings and 1,600 dwellings under construction. We also planted 12 million saplings in Zonguldak," he added.

The main port of Filyos, which will be one of the largest ports in Turkey, will be built at the length of 3,000 meters. With the strategically significant Filyos Project, the Black Sea will become a main export center. The port will also be supported by a road and rail network. Around 4,000 people will work in the construction of the Filyos project. The Filyos Port infrastructure and fillet work is expected to be completed in 2017.