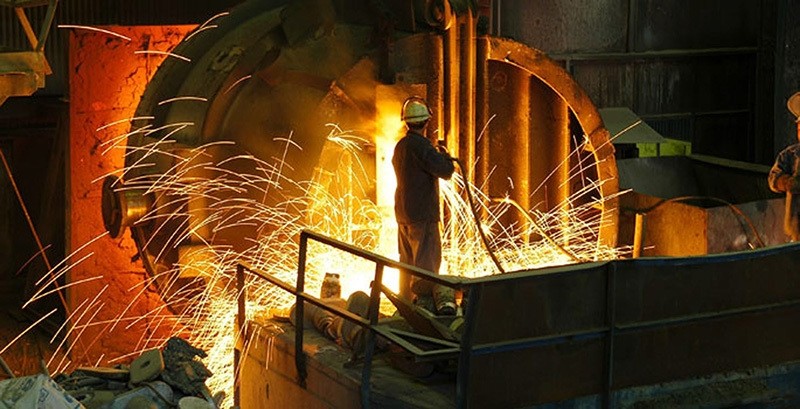 Turkey's gross domestic product (GDP) shrank by 1.8 percent in the third quarter of 2016 compared with the same period of 2015, according to data released by the Turkish Statistical Institute (Turkstat) on Monday.

The GDP declined by 1.8 percent in the third quarter of 2016, compared with the same quarter of the previous year, and reached TL 655.4 billion ($221.6 billion) at current prices, the report said, suggesting the economy had felt the pinch of rising political tensions in the region and the failed July 15 coup. The last time Turkish economy shrank was in the third quarter of 2009 with a 2.8 decrease in GDP.

Turkstat also changed its calculation method by switching into the chain linked volume index. The revision work on National Accounts in accordance with the European Union Regulations (ESA 2010) has been completed, the statement said, leading to changes in GDP growth from 4.7 percent to 4.5 percent in 2016's first quarter and from 3.1 percent to 4.5 percent in second quarter.

Last Thursday, the industrial production index, a leading indicator of the country's GDP performance, signaled that growth in the third quarter might be below zero.

"In light of leading indicators, it wouldn't be a surprise to see a third quarter growth below zero. On the other hand, we don't expect a contraction in the fourth quarter. Despite the fact that we had balanced growth expectations, we do not forecast a very strong growth in the fourth quarter," analyst Enver Erkan from KapitalFX had said.

Positive signals for the upcoming period

Finance Minister Naci Ağbal assessed the latest GDP data in a written statement, noting the leading indicators in the last quarter gave positive signals about the economy. Recalling that the Turkish economy shrank by 1.8 percent in the third quarter, Ağbal said the attempted coup on July 15, terrorist attacks, recession in tourism and weak foreign demand caused a slowdown in economic activities.

Indicating private consumption expenditures decreased by 3.2 percent and investments decreased by 0.6 percent in the third quarter, Ağbal said public expenditures sustained a positive contribution to the economy with an increase of 23.8 percent.

Stressing that the government has been implementing necessary measures which will revive economic activity and protect and strengthen financial stability, Ağbal said the Economic Coordination Council's decisions announced by the prime minister last week will also contribute to the improvement in the real sector in the upcoming period. Reminding that the critically important support package announced by the government, which increases access to loans and export financing, provides more incentives to investments, supports the labor market, provides financing for small and medium sized enterprises (SMEs) and allows for loan restructuring, Ağbal pointed out the leading indicators in the last quarter of the year gave positive signals about the economy suggesting that positive measures implemented by the government, structural reforms set to be realized and positive developments in the external environment will support the acceleration of growth in 2017.

Compensation ahead in Q4

Explaining that the shrink will be recovered in the fourth quarter, Özlü said growth-oriented negative figures following the security-related terrorist attacks were an upsetting development, underlining that the slip in the GDP occurred in the third quarter due to two big holidays and the developments in the neighboring countries and it will be compensated in the fourth quarter.

According to Özlü, the growth of the industry in October is the first indication of the said compensation and there is a new calculation method whose base year was 2009. Minister Özlü also added, along with the recovery in the fourth quarter, 2016 is close to levels targeted in the medium-term plan.