Ahead of FED meeting, dollar tumbles against euro 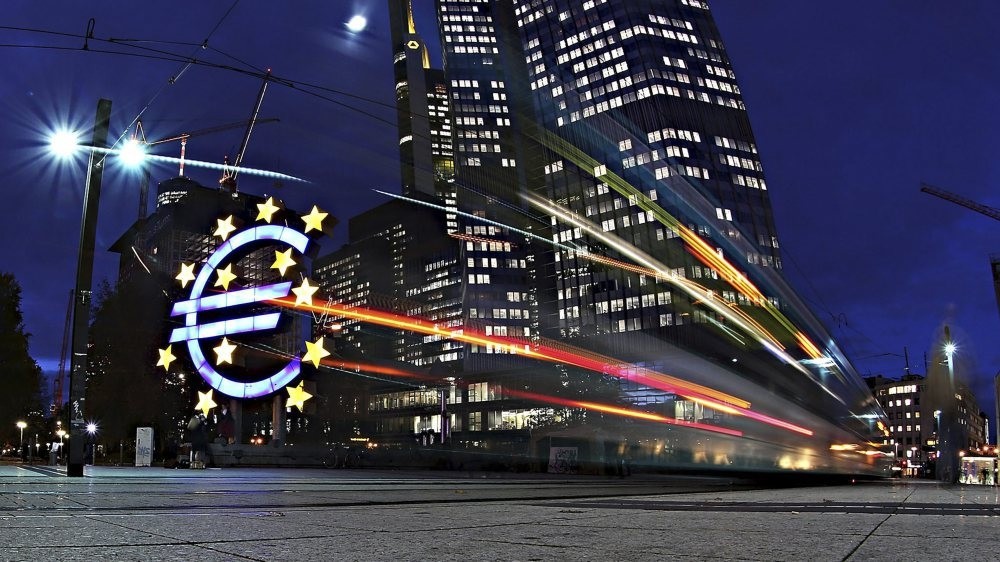 The giant Euro symbol stands illuminated outside the headquarters of European Central Bank (ECB)
by Daily Sabah with Reuters Dec 13, 2016 12:00 am
The dollar dipped against the euro and a basket of currencies on Monday, an oil-driven rise in inflation expectations not enough to push on its broader rally as traders worried about the outcome of Wednesday's Federal Reserve policy meeting.

The U.S. central bank is widely expected to raise interest rates this week and market concerns have turned to what signal it will send on further policy tightening and the dollar's 7 percent gain against a basket of major currencies since early October. The euro gained almost half a percent in morning trade to push back above $1.06, pushing the dollar index a third of a percent lower - an indication the market is not convinced the Fed will promise much in rate rises for next year. "They (the Fed) really don't want to scare the market," said Alexandre Dolci, a strategist at Spanish bank BBVA in London. "I think they will remain quite cautious in their forecasts for next year. They may not be as hawkish as the market currently prices," he added.

Another factor in the fall in the dollar index was a robust gain for the Canadian dollar on the back of the weekend deal by OPEC and non-OPEC producers to curtail output, which drove crude prices up by around 5 percent to their highest levels in a year and a half. The other major developed world oil-dominated currency, the Norwegian crown, gained 0.7 percent against the greenback.

Expectations that would drive global inflation higher have generally supported the dollar above other major currencies in the past month and it was broadly stronger against the yen, topping 116 yen for the first time since early February. But traders said signs Italy was ready to bail out its troubled third-largest bank, Monte dei Paschi, was also feeding into a recovery for the euro after hefty losses following last week's European Central Bank meeting. While the ECB did announce a reduction in the amount of new money-printing it will do from April next year, by extending the programme for longer than expected and tweaking other rules, it knocked more than 2 cents off the currency on Thursday.

That brings the dollar close to highs from last year at which Washington began to express concern. "It's going to be hard to have the energy to make new lows (on the euro) before the Fed," said Richard Benson, co-head of portfolio investment at currency fund Millennium Global in London. "An explicit mention of the currency in either the statement or the news conference and it might become more difficult for the dollar."
Last Update: Dec 13, 2016 1:50 am
RELATED TOPICS