FED ignites a sense of déjà vu with rate policies 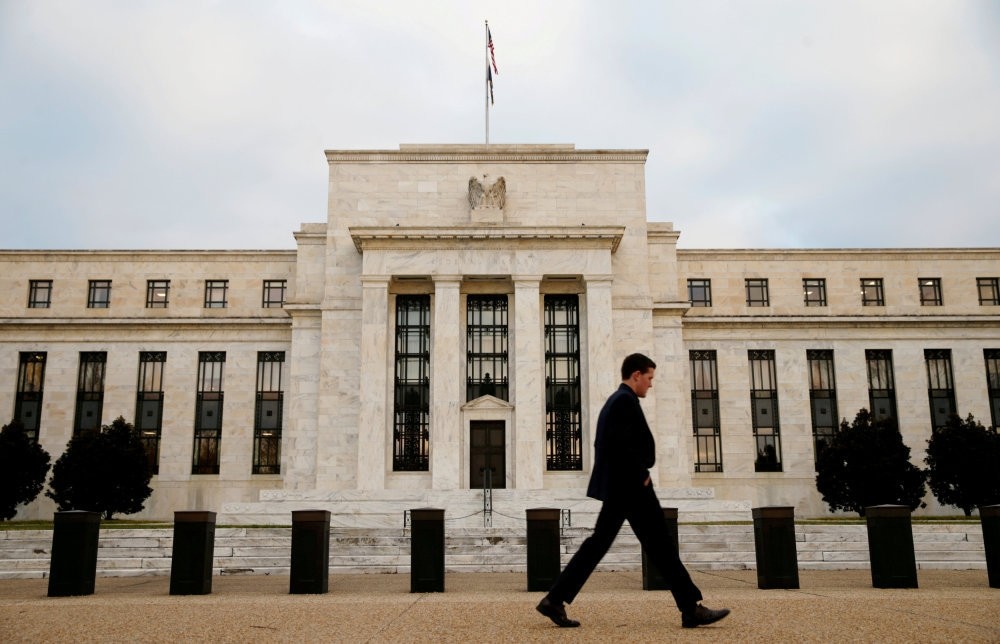 With global and local determinants in the field, the U.S. player of world finance is expected to bring a repetitive rate policy similar to its 2015 steps, resulting in a déjà vu in global economy

The U.S. Federal Reserve (FED) is set to create a dejavu effect in markets by closing 2016 with only one interest rate hike, compared to its expectations of four at the beginning of the year.

It is almost certain that the FED, regarded as the most important player in the world economy, will announce the first and last interest hike this year, at the Federal Open Market Committee meeting (FOMC) on Wednesday, Dec. 14, just as in 2015. The Fed is expected to announce the near-certain interest rate hike, the second increase in the last 11 years.

The projection that the FED will create a déjà vu effect on the market by following its steps in 2015 was based on the weak performance of the country's economy in half of the year, the disappointing employment data in May, the Brexit referendum in the U.K., and the U.S. presidential elections in November.

The FED could only raise the interest rates once in December 2015, since June 2006, due to the recession. The increase in interest rates, which was deferred until December 2015, and just like this year, was considered to be the beginning of a new era for global markets.

Even though the economic projections published during the meeting, in which the historic decision was made, indicate that FED authorities predicted four 25 basis-point interest rate hikes in 2016, "the fact that something went wrong" prior to almost every FED meeting meant to raise interest rates, resulted in the passing of seven FOMC meetings throughout the year. The FOMC's meeting projecting less interest rate expectations in January, March and April ended "uneventfully" due to weak growth in the first months of the year and persistently low inflation.

During the June meeting, with a relatively higher expectation of interest rate hike, the FED could not take action due to the employment decrease, which fell to the lowest level in the past six years with 38,000, and the U.K.'s European Union (EU) referendums. The negative impacts of these factors led the FED authorities to remain on hold in the July meeting. The bank decided to stand by for more data at its September meeting, which was expected to result in an interest rate hike according to several financial institutions, "mostly because the fiscal markets were not ready," a decision that drew comments like "the FED had missed the opportunity."

Whether the FED, which did not raise interest at FOMC's meeting, held a few days before the U.S. presidential elections in November, would raise interest rates right before the end of the year was linked to the election results.

In the aftermath of the surprise victory of the Republican Party candidate Donald Trump, global markets experienced harsh losses as the first reaction, and the FED's probability to raise the interest rates in December fell below 50 percent. However, the U.S. markets have not only recovered much more quickly than expected, but also hit record highs with the expectation of Trump's tax cuts and infrastructure investments will stimulate the economy, which later increased the lowering expectations of the interest rate hike once again.

Besides, the November employment report and the inflation data, announced a few weeks ago also gave a "green light" for interest rate hikes, as non-agricultural employment grew by 178,000 in November, and the unemployment rate declined by 4.6 percent to a year-low 9.5. Furthermore, the FED's preferred inflation indicator, the Personal Consumption Expenditures (PCE) price index, reached its highest level in the last two years with 1.4 percent annual growth in October

Noting that the FED had every reason for raising interest rates in December, Ryan Sweet, director of Real Time Economics at Moody's Analytics, said the U.S. economy and financial markets are in good shape, and expectations for interest rate hikes have risen to the exact desired levels.

Suggesting that the FED's economic projections will remain the same except for minor changes, Sweet said the FED officials know a great deal about Trump's management and financial policies, therefore, FOMC is not likely to rush into changing its assumptions about the future of the economy. Arguing that the markets will not react too much to the interest rate decision, Sweet said if the interest rate is not increased, it will be a big policy mistake that will lead to a panic assuming "the FED must know something that the public does not."

Focus shifts toward projections and Yellen

David Wessel, director at the Hutchins Center on Fiscal and Monetary Policy at the Brookings Institution, said he is expecting the FOMC to decide to increase interest rates by a unanimous vote.

Suggesting the focal point of the markets is the projections and on FED Chair Janet Yellen rather than interest rate decisions, Wessel said FED officials should make assumptions about the fiscal and monetary policies, which the president-elect will implement.

"However, I suspect that by emphasizing the uncertainties in the short term, they will remind us that the dot plot is not a commitment or verbal orientation," Wessel said, adding that the language and tone that Yellen will use at the press conference will lead the markets.
Last Update: Dec 13, 2016 1:50 am
RELATED TOPICS