Bell tolls for trade war between US, China 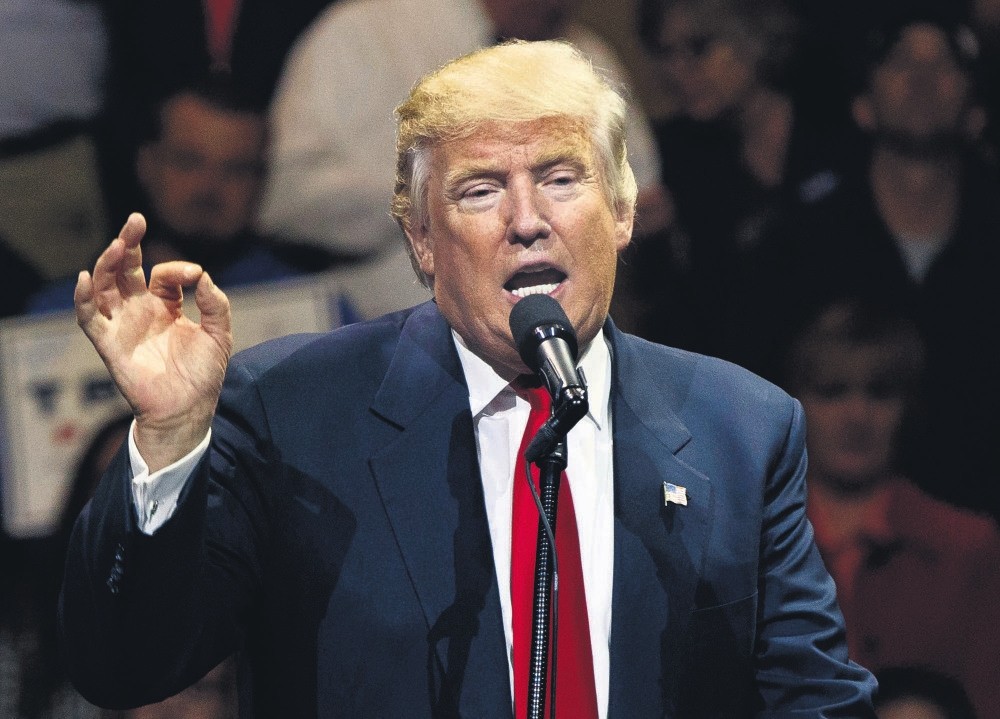 U.S. President-elect Donald Trump speaks during an event in Cincinnati as he was reconsidering U.S. ties with China.
by Daily Sabah with AFP Dec 15, 2016 12:00 am

As U.S. President-elect Donald Trump threatens to impose punitive tariffs on China to handle the trade deficit, the dollar rally may push the Trump administration toward more protectionist policies, resulting in a possible trade war with China

On the morning of Dec. 9, global currencies - particularly the Mexican peso and the Turkish lira - were shaken as a result of the presidential election results in the U.S. The dollar hit an all-time high after the election, continuing to strengthen against weaker currencies in the global market.

Throughout his campaign, president-elect Donald Trump railed against the effect of an overly strong dollar, underscoring the impact of a strong dollar on the competitiveness of U.S. companies. As it turns out, the dollar has not acted in compliance with the president-elect's warnings. The surging dollar makes it difficult for Trump to keep his election promise to decrease the trade deficit. In light of the dollar rally and Trump's continuous tough rhetoric on China, fears surrounding a potential spike in the value of the dollar could result in a shift to protectionist policy-making by the Trump administration, as a means of justification for a trade war that would allegedly protect U.S. exporters' interests and put China at the center of a trade war which is already brewing among business circles.

At one point of his presidential campaign, Trump warned against high exchange rates, saying, "It sounds good to say 'we have a strong dollar.' But that's about where it stops." Given his pledge to handle the trade deficit and the surging dollar, the president-elect could toy with exchange rates and ultimately blame trading partners such as China or the EU, as seen in his recent threats to China, worrying U.S. exporters.

Trump's threat to slap China with punitive tariffs is a legitimate source of concern for firms that trade with the country in the U.S.'s Midwest, a key region for Republican support and a Republican stronghold during the election.

Strong support across America's "Rust Belt," coupled with the frustration of lost industrial jobs blamed on globalization, carried Trump to victory last month in key battleground states, including Michigan and Ohio. However, some companies in the region that benefit from global trade are worried about early signs the president-elect plans to take a hardline stance

"We export a lot of products to China," said David Shogren, president of U.S. International Foods. "My fear is that whatever changes Trump makes. ... China will retaliate in some ways." The St. Louis company depends on China as a key export market for peanut butter, mustard, nuts, cereals and other items. About 50 percent of its revenues are tied to China, compared with just 5 percent to its home market.

"China will take a tit-for-tat approach," said an editorial in Global Times, a Chinese newspaper that is close to the government. "A batch of Boeing orders will be replaced by Airbus. U.S. auto and iPhone sales in China will suffer a setback, and U.S. soybean and maize imports will be halted," it warned. "China can also limit the number of Chinese students studying in the U.S."

China also responded harshly to Trump's decision to accept a phone call from Taiwan President Tsai Ing-wen and to suggestions that Trump is rethinking the decades-old "One China policy" in the U.S. The One China policy is the "political bedrock" of relations with the U.S., Chinese Foreign Ministry spokesman Geng Shuang said. If it is "compromised or disrupted," cooperation in major fields would be "out of the question," Geng added.

Ohio-based Progressive Molding Technologies imports tooling from China that enables it to compete with Chinese rivals. "My fear is we will lose access to China's cheap tools," said president Laird Daubenspeck. "At that point, I will anticipate the our customers will start to slow down new product launches and we will see less growth."

Among big manufacturers, Boeing is especially vulnerable. Roughly one-out-of-three Boeing 737 planes delivered in 2015 was destined for China. The company just announced Monday that it will reduce production of its 777 starting in August, which will have an impact on employment.

General Motors (GM) also could see its business disrupted in a trade war. China is GM's biggest market for cars, with 2.38 million vehicles sold in the first eight months of 2016, compared with 1.96 million in the U.S. GM also manufactures the Buick Envision in China, which is exported to the U.S. and could suffer under U.S. tariffs.

Trump, during the campaign, threatened to impose 45 percent tariffs on China, saying the world's second biggest economy has stiffed the U.S. with currency manipulation and illegal subsidies, declaring that he will brand the country as a currency manipulator - an inconclusive threat that will only ignite further worry and set the fire on a trade war. Meanwhile, the Chinese renminbi continues to tumble against U.S. dollar, causing Chinese authorities to seek ways to prevent further steeper declines. Since the Chinese government wants to redefine the global financial system, wishing to place yuan at the center of global trade, the country aims to use its local currency as a medium of exchange in bilateral trade transactions. The first currency swap transaction between Turkey and China last week demonstrates both countries' aim to ease dollar pressure on trade transactions, as the bells for a trade war between China and U.S. ring amid mutual threats.
Last Update: Dec 15, 2016 1:03 am
RELATED TOPICS