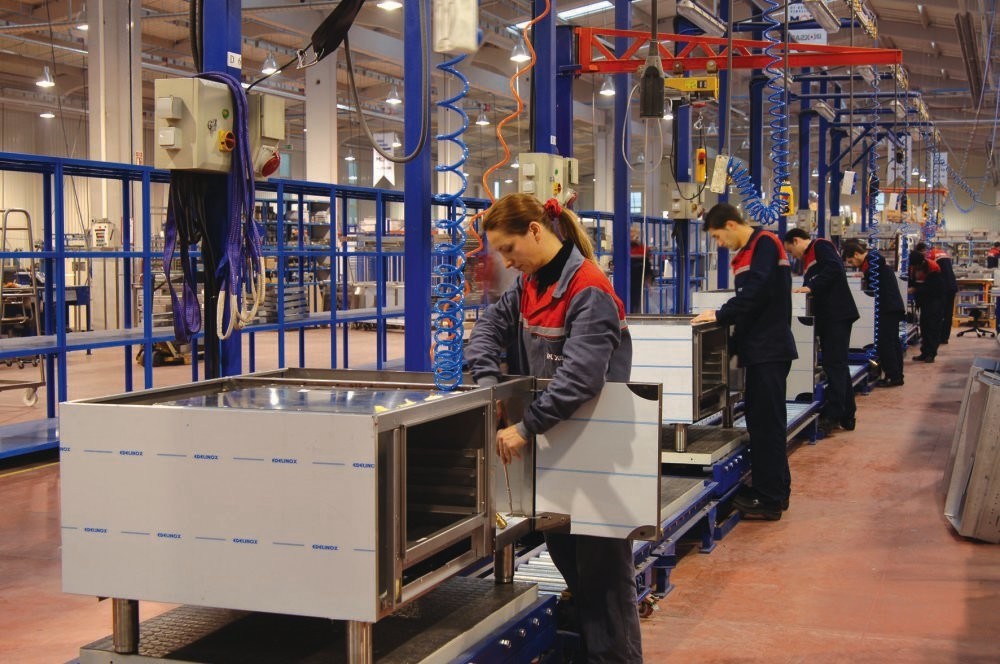 In an effort to boost Turkish small- and medium-sized enterprises (SMEs) that engage in exports and constitute the basis of Turkey's economy by providing almost 70 percent of the employment, Turkey has launched a loan program that will finance exporters with a guarantee from the Credit Guarantee Fund (CGF) operated by the Treasury. Explaining the loan program, Economy Minister Nihat Zeybekçi said 100 percent of the Eximbank loans, which will be provided to exporter SMEs with a Treasury guarantee will start to be included in the coverage of the CGF. The protocol will be signed between the CGF and Türk Eximbank. "The Credit Guarantee Fund will be able to provide a guarantee for approximately TL 8 million ($2.4 million) in loans of an exporter SME from Türk Eximbank," Zeybekçi said.Speaking to Anadolu Agency (AA) with regards to the protocol on providing guarantees to exporter SMEs, Economy Minister Zeybekçi said they promised to resolve the exporters' need for financing, adding that they stepped in for the exporters who want to take more orders than their capacity and this enabled them to use Eximbank loans by meeting their collateral requirements by 100 percent.

Noting that there has been good cooperation between Türk Eximbank and CGF for the past 10 years and that they have provided a guarantee of up to TL 450 million so far, Zeybekçi stressed that they want to increase this amount. Informing that the scope of the Treasury-backed guarantee system provided by CGF, one of the measures taken by the government in order to improve the exports, was extended, Zeybekçi said that with the new application non-SME exporters will also benefit from CGF guarantee, therefore eliminating the issue of finding guarantee, one of the biggest problems that exporters face in accessing financing.

Zeybekçi pointed out in his statement that CGF provided 100 percent collateral for Türk Eximbank loans in the guarantees given under the scope of its own resources, and that with the signed protocol, 100 percent of Eximbank loans to be given to exporter SMEs with Treasury guarantee will start to be included in the coverage of the CGF. Treasury-backed guarantees were determined as 85 percent for commercial banks and 100 percent just for Türk Eximbank, Zeybekçi said, underlining that with the signing of this protocol, SMEs, which are the basic dynamics of the country's exports, will be able to reach the cost-effective financing opportunities of Türk Eximbank much more easily.

Zeybekci said within the framework of the signed protocols, exporter SMEs' guarantee limits of TL 2 million have been increased to TL 3 million, and they also allow them to get Treasury-backed guarantees up to $1.5 million, therefore the CGF will be able to provide a guarantee for an approximately TL 8 million loan of an exporter SME coming from Türk Eximbank considering both their own resources and the Treasury's.

Saying that SMEs must apply to the nearest CGF unit or Eximbank for their loan demands, Zeybekçi said on the other hand that SMEs that want to use loans from Eximbank through the banks they work with and non-SME exporters will be able to benefit from Eximbank loans used via commercial banks with a CGF guarantee, but the guarantee limit will only cover 85 percent of the loans. Zeybekçi also noted that non-SME exporters will be able to use loans up to $20 million with the CGF guarantee, and with these opportunities, not just Türk Eximbank but also other commercial banks will be driven to the system under better conditions and the guarantee and loan pool will be extended, thus enabling all exporters, but especially SMEs, to access the financing opportunity much more easily. "What our exporters need to do from now on is to contact their customers from all around the world without even looking back," Zeybekçi said.

Expressing his gratitude toward Prime Minister Binali Yıldırım, banks and relevant bureaucrats that contributed to the application, Zeybekçi said: "Efforts should be made for 2017 to be a year in which an export mobilization will be launched once again and we run towards the targets of 2023, 2053 and 2071. After that, I believe that all of our exporters, especially SMEs, will be able to easily access the financing opportunity of approximately TL 100 billion with the CGF guarantee. As a result, our exporters will be able to direct their efforts at increasing their exports by finding new export markets rather than supplying financing."