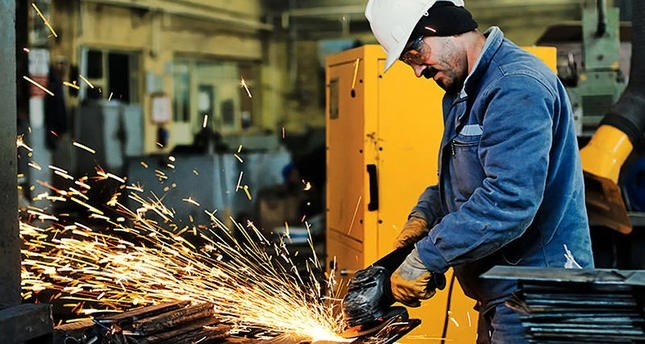 The Turkish industrial production index rose 2.7 percent in November when compared to the same month in 2015, led by rises in all sub-indices, the Turkish Statistical Institute (TurkStat) announced Monday.

The electricity, gas, steam and air conditioning supply index was up 1.5 percent in November from the previous month, offsetting declines in the first two main sub-indexes.

Also on an annual basis, the mining and quarrying index rose 1.8 percent, the manufacturing index was up 2.1 percent, and the electricity, gas, steam, and air conditioning supply index jumped 7.8 percent in November, according to the report.

The industrial output was flat in November from the previous month, as an advance in one sub-index was offset by declines in two others, according to official data.

A report from the Turkish Statistical Institute showed the mining and quarrying index slipped 0.3 percent and the manufacturing index also saw a slight decline of 0.2 percent in November from the previous month based on seasonal and calendar-adjusted values.