Should Turkey's non-performing loans ratio be a cause for concern? 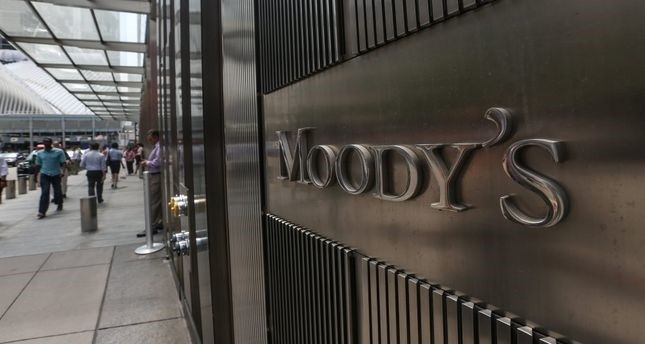 As opposed to Moody's claim that the non-performing loan ratio of Turkish banks is likely to rise this year, experts say the effective risk management of banks poses no alarm for the Turkish banking sector

The bond credit rating agency Moody's warning on Monday that the non-performing loans (NPL) ratio of Turkish banks, which stood at 3.2 at the end of 2016, was likely to rise above 4 percent this year, do not match the predictions of economists, and Turkey is positively dissociated from many developing countries at this point.

As the U.S.-based Moody's predicted that the NPL ratio in Turkey would rise to 4 percent by the end of this year in its assessment report on the outlook of Turkish banks in 2017, this ratio stood at 3.2 percent in Turkey by the end of 2016.

Chief Economist at Deniz Yatırım Özlem Derici said that their current estimates showed it would be around 3.8 percent, and that even if the ration does go above 4 percent, there was no need for alarm. Meanwhile, Odea Bank AŞ Economic Research Director Ali Kiral said the ratio is expected to stay below 4 percent.

According to the Banking Regulation and Supervision Agency (BDDK) and the IMF's 2016 data, Turkey was in a better shape than most countries regarding the NPL ratio. Greece had the highest NPL ratio with 37 percent, followed by Ukraine, whose economy has shrunk following the tension with Russia, at 19 percent in 2015. However, the country had a level above 30.4 percent in 2016. Portugal ranks third in NPL ratios with 12.2 percent followed by Romania with 11.3 percent, Hungary was at 10 percent, Russia 9.2 percent, India 7.6 percent, Spain 6.1 percent, 5.2 percent in Czech Republic, 4.4 percent in Poland, 3.9 percent in France and 3.8 percent in Brazil.

Despite the negative developments in both domestic and global economy, Turkey's NPL ratio in 2016 stood at 3.2 percent, while back in 2002, it was 17.6 percent.

As for the UK, which decided to leave the European Union in the Brexit referendum, the country has the best records, with 1.4 percent NPL. While the share of the NPL in total loans was around 1.5 percent in the world's largest economies the U.S. and Japan, this ratio was at 1.7 percent in China, which is notable for its high savings rates.

NPL serves as one of the main indicators in terms of the general condition of the economy and indicates the ability of individuals and institutions in the economy to pay as well as measures the active quality and risk level of the banks. A proper estimation of the NPL ratio allows the economic units to effectively manage their policies and the banks to run their balances.

Commenting on the issue, Deniz Yatırım Chief Economist Özlem Derici said Moody's expects the growth in 2017 to be stronger and production and demand conditions to improve, suggesting that a slowdown was expected in the pace of the NPL ratio along with recovery in economic activity.

Pointing out that there was no need for worry even if the NPL rates rose above 4 percent, contrary to Moody's claims, Derici said, provided that there is not a very negative change in the conditions over the coming period, their current predictions remains at 3.8 percent, which will not bring crisis or bankruptcy.

"The measure taken by the government through the Credit Guarantee Fund will provide some relief. We think these measures will work," Derici added.

"... our projection of the increase in NPL ratio is closely related to levels of both growth and exchange rates. If growth remains below our predictions and average exchange rate remains above the forecasted figure, then the sector's NPL ratio may also rise to 4 percent or above," Kırali said. He also suggested that for this reason it will be very important for the Central Bank to mitigate the pressure on the Turkish lira by implementing a proactive policy in 2017.

Highlighting that Turkey's NPL ratios were better than those of many developing countries and close to the average ratios of the developed countries, Kırali noted that this was achieved by both the effective risk management of the banks and by the cautious approach of the government and the BDDK in regulation and supervision. Kırali added that macroeconomic developments have an absolute impact on NPL ratios through growth and exchange rates, stressing that this impact should also be taken into account by policy makers.
RELATED TOPICS