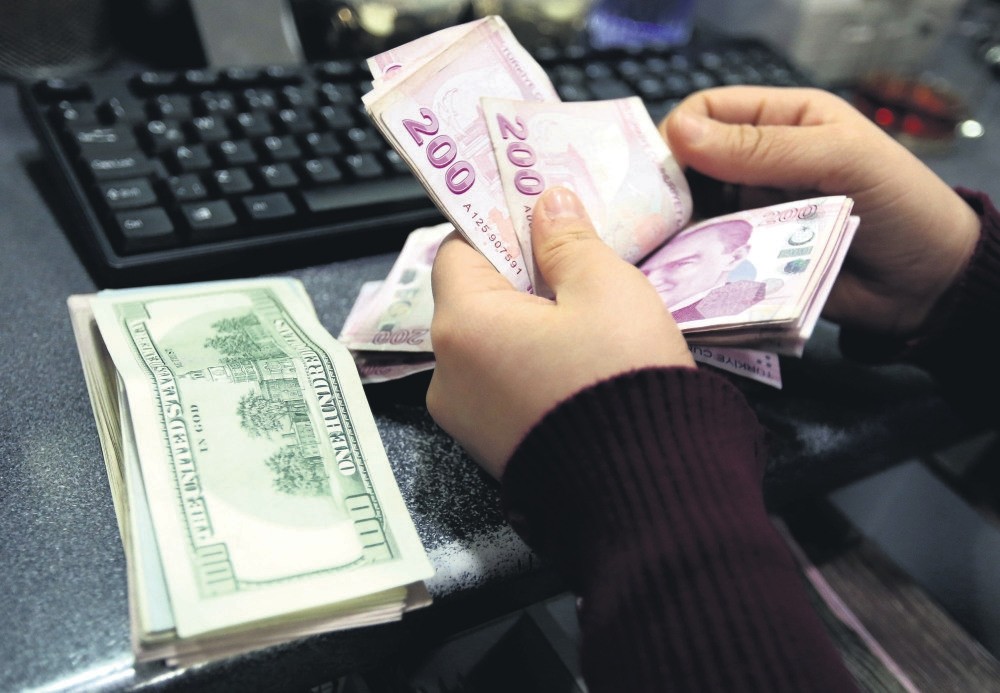 The near 10 percent depreciation of the Turkish lira against the U.S. dollar since the beginning of 2017 does not reflect the genuine fundamentals of Turkey's economy, economists told the Anadolu Agency.

Prof. Erdal Tanas Karagöl, an expert from the SETA Foundation for political, economic and social research, said, "Although the recent developments in the domestic markets are not considered as a financial coup, they clearly reveal the games being played against Turkey."

"It is obvious that there are speculative rumors behind losing so much value of the Turkish lira such as the statements by the international credit rating agencies like Moody's. We also do not expect an objective evaluation from another agency, Fitch, on Jan. 27," Karagöl said.

On Monday, Moody's made a forecast that the Turkish banking sector's profits will be hit significantly in 2017 by rising non-performing loans.

"We expect asset quality trends to worsen in this year, driven by a combination of high inflation, lira depreciation and the general worsening of the investment climate because of security issues and geopolitical tensions," Moody's said in its report.

Karagöl noted such discredited rumors were being made to freeze capital inflows to the country and to show Turkey was not a safe haven while the country goes through its political process of changing its constitution.

Professor Kerem Alkin from Istanbul Medipol University said, "If the economy was in trouble, then not only the foreign exchange rates but also the CDS [Credit Default Swap] rates, the risk premiums of the Turkey's treasury stocks, should rise very rapidly."

Alkin noted the country's stock exchange market, the Borsa Istanbul, had not declined sharply or the second-hand market interest rates of the Turkish bonds did not increase with maturities in two to 10 years.

"Therefore, it is very clear the fluctuations in the foreign exchange markets are through manipulative actions while there is a reasonable movement in other indicators," he said.

About the uncertainty surrounding how U.S. President-elect Donald Trump's policies would affect world economies and the U.S. Federal Reserve's tightening monetary actions, he said, "The Central Bank of the Republic of Turkey's [CBRT] monetary policy instruments is not the only solution. Meanwhile, the fiscal policy instruments must be used to prevent the increase in exchange rates." He also suggested bonds with "super interest rates" as a solution like it was done during the 1994 economic crisis to persuade citizens to sell their foreign currency savings to limit the effects of volatility as well as the option to reset income tax being applied on the Turkish lira denominated bank accounts for a period of time.

On Tuesday, the CBRT cut its foreign exchange reserve requirement ratios for banks by 50 basis points to boost liquidity in financial sectors to up to $1.5 billion.

The bank also said market developments were being closely monitored, and further steps would be taken if necessary to safeguard price and financial stability in the country.
Last Update: Jan 16, 2017 11:22 am
RELATED TOPICS