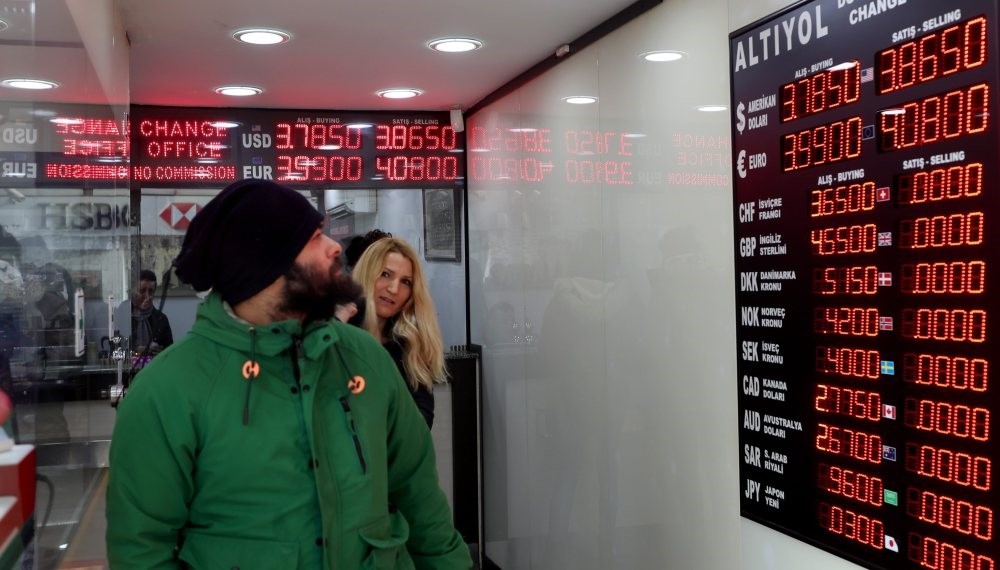 Countring the ongoing currency volatility, the CBRT has introduced a few new measures since last week. Introducing a foreign currency swap was the last of them, preventing the speculations over the Turkish lira through swap transactions abroad

Since last week the Central Bank of the Republic of Turkey (CBRT) has been implementing measures to assuage currency volatility and stabilize the value of the Turkish lira. A recent announcement by the CBRT on making a foreign exchange swap last night, also interpreted as an intervention by the CBRT to establish its own swap basis rather than allowing foreign banks abroad to do so, demonstrated a cunning measure that could prevent speculation on the Turkish lira.

The CBRT has given confidence to the markets with the steps it has taken over the past week to prevent sharp rises in exchange rates and to stabilize the Turkish lira. Having closely followed the extreme volatility in the markets, the central bank announced that it would take necessary measures against unhealthy price developments that were moving away from economic bases. As a result, it reduced the borrowing limits of banks in the Interbank Money Market to TL 22 billion ($5.82 billion) on Jan. 10. On the same day, the CBRT announced that the foreign exchange required reserve ratios were reduced by 50 basis points in all maturity segments and that this change would provide an additional liquidity of approximately $1.5 billion to the financial system.

The bank did not initiate a one-week maturity repo auction on Jan. 12 but switched to a stricter liquidity policy and raised funding costs by directing market maker banks to the "Late Liquidity Window." It continued its tightening steps by increasing the cost of the lira and limited the rise in exchange rates. 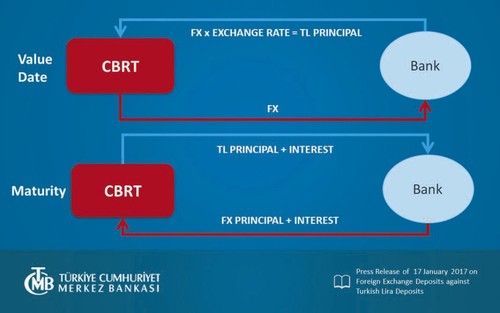 On Jan. 13, the bank announced that the amount of funds it makes in the repo markets of the Borsa Istanbul Stock Exchange could be limited if it was seen as necessary some days. It stated that the banks can meet the remaining liquidity needs with the Late Liquidity Window with a 10 percent interest rate at the end of the day. In addition, the CBRT has reduced the borrowing limits of banks in the Interbank Money Market from TL 22 billion to TL 11 billion and has continued to tighten the lira liquidity by not initiating a one-week repo auction since Jan. 12.

Last night, the central bank announced that it had decided to open foreign exchange deposit markets against Turkish lira deposits and aimed to increase the cost of the lira and prevent the speculative foreign exchange demand by tightening liquidity. Experts say that the CRBT opened Foreign Exchange Deposits against Turkish Lira Deposits within the framework of its current monetary and exchange rate policy in order to increase the flexibility and instrument diversity in the management of the lira and foreign exchange liquidity.

Today, the central bank operated the foreign exchange swap market for the first time and initiated $500 million worth of one-week foreign exchange deposit tenders against Turkish lira deposits. Experts note that this move is aimed at bringing the lira, which has gone abroad due to swap agreements made through London, to the central bank and increase exchange rate liquidity without selling foreign currency.

The Central Bank of the Republic of Turkey (CBRT) gave implementation details in the instructions sent to banks yesterday. Accordingly, the transactions to be realized by the tender method will be executed with the banks authorized to trade in foreign exchange markets within the scope of the CBRT. The deposit transactions will be made at a maturity of one week and the deposit interest rates will be determined by the CBRT. The tender announcements will be released at 11 a.m. and the results will be published at 11:45 a.m.

Experts suggest that a "foreign exchange swap" (FX swap), a liquidity instrument used by leading emerging central banks, is a method of intervention. Pointing out that unlike foreign currency sales, the CBRT's international reserves were used to provide foreign exchange liquidity temporarily, the experts note that FX swap transactions are used by banks for the purpose of managing in-balance sheet exchange rate incompatibility.

Ziraat Bank economist Bora Tamer Yilmaz said that the CBRT, which is currently implementing a three-pronged monetary policy approach and has a strict stance against inflation, put liquidity measures into effect last week.

Stating that a swap application for foreign exchange markets was put into effect in order to realize policies that stabilize foreign exchange liquidity and support financial stability, Yılmaz noted that flexible liquidity policies under the scope of the "corridor" policy have been implemented in Turkey since 2011.

Underlining that swap mechanisms are being processed for the first time, Yılmaz said that while central banks have leaned towards swap agreements to support dollar liquidity since the 2008 Lehman crisis, domestic swap applications date back to earlier periods. "Even though Brazil is the first country to come to mind, in various countries a swap is a tool used to manage foreign exchange liquidity. As a specific example, we can refer to the swap transactions of the Reserve Bank of India for oil importing companies in 2013," Yılmaz said, suggesting that the current implementation is likely to have a positive impact on exchange rate volatility, and that the CBRT's approach could be beneficial for the real sector to manage foreign exchange liabilities and both the in-balance and off-balance sheet foreign currency position.

CBRT wants to 'foil the game' of speculators

Recalling that yesterday's application, a decision to perform cross-currency swap transactions, is an unorthodox application far beyond what was envisaged, Kanlı said that the CBRT thinks the Turkish lira has been raised speculatively from abroad. "The last decision of the Central Bank implies that foreigners have taken advantage of low Turkish lira interest rates abroad and depreciated the lira by first borrowing it, later selling it and buying foreign currency," Kanlı said, adding that the CBRT also wants to withdraw its lira liquidity in order to avoid this, thus increasing overseas Turkish lira swap costs and decreasing the amount of lira that will be subject to speculative action. "So, it wants to disrupt the game of the speculative actors," Kanlı said. Stressing that the de facto interest rate increase had a positive effect on the lira through liquidity tightening, Kanlı stated that the continuous and rapid depreciation of the Turkish lira had stopped.
RELATED TOPICS