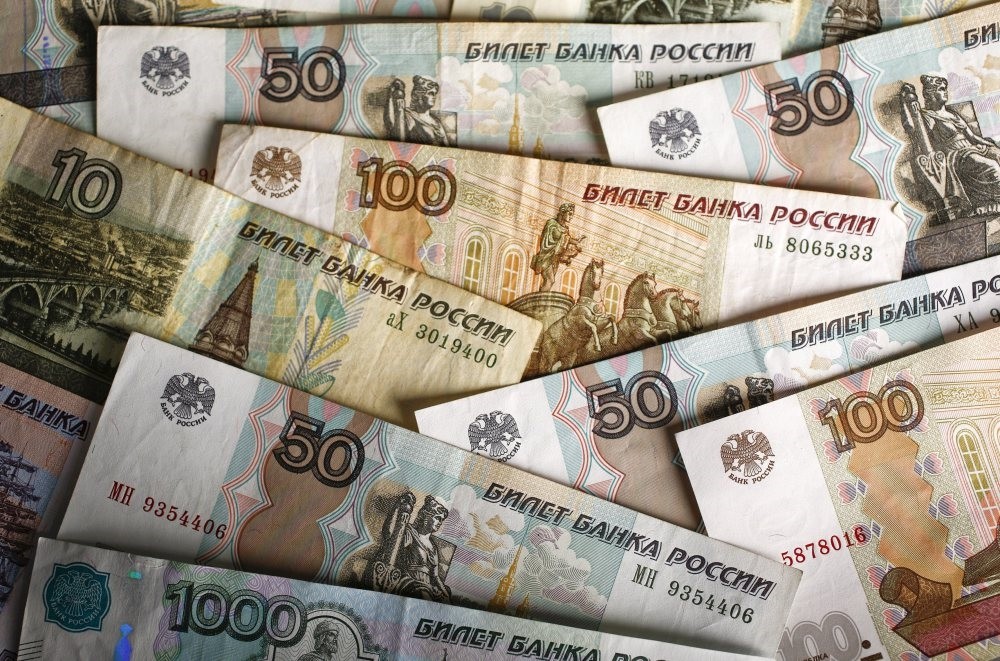 Following President Recep Tayyip Erdoğan's call to use local currencies in bilateral trade transactions with Russia to lift the impact of the rally in foreign currencies, particularly in the U.S. dollar, the first concrete step was taken by one of the most prominent tour operators in Russia by transfering rubles to Turkey

The first concrete step has been taken following Russia and Turkey's decision to use local currencies as medium of exchange in trade in order to get rid of the foreign exchange rate pressure. ODEON Tourism, a subsidiary of OTI Holding, one of the biggest tour operators in Russia, has completed its project with Denizbank on ruble transfer to Turkey, bringing 451 million rubles. Moreover, Russia's central bank is also depositing Turkish lira in its reserves.

OTI Holding Chairman Ayhan Bektaş said that this figure will reach 1 billion rubles by the end of January. Pointing out that using local currencies between the two countries was a sound decision, Bektaş said: "Not only will trade gain momentum, but it will make a positive contribution to tourism."

Stressing that they agree with President Recep Tayyip Erdogan's call with regards to "creating our own operators instead of working with international operators and establishing companies to carry out operator services" in order to prevent the contraction in tourism, Bektaş recalled that between 1995-2005, 40 percent of the tourists who came to Turkey had been carried by Turkish tour operators operating abroad, but this figure has fallen to 20-30 percent over the years. "Turkish tour operators have suffered losses in the foreign markets. Especially since there are no Turkish tour operators in Europe, we have been stuck under the monopoly of foreign tour operators," Bektaş said, "There is also a political mechanism here. This scheme needs to foiled. In this context, we are setting up an office in Germany."

Assessing the opinions of foreign tour operators regarding Turkey, Ayhan Bektaş pointed to the fact that world's biggest tour operators in Germany or Britain contracted their operations in Turkey in 2016. "This is why the foreign travel industry has lost money," Bektaş said, suggesting that while the tourism industry grew by 3.5 percent, it suffered a contraction in the Mediterranean basin since those who prefer Turkey could not go to other countries and stayed in their homelands. "Foreign agencies could not make sales. While they were planning on punishing Turkey, they lost money as well. This happened for the first time," Bektaş said, adding that the value of Turkey is now clearly understood.

Bektaş noted that the sector has been through a tough year and learnt a lesson from its experiences. Suggesting that the loss in Russia should not only be attributed to the jet downing crisis, Bektaş said that the country's economy was in serious trouble, and now it has started to recover. Underlining that there are very nice and positive relations between the two countries, Bektaş said that while the sector saw the bottom in 2016, 2017 will a leap year for the sector. "Our studies show that 2.5-3 million Russian tourists will come to Turkey this year. Our goal, on the other hand, is to bring in 1 million Russian tourists," Bektaş added.

In early December, President Recep Tayyip Erdoğan made a call to Russia, China and Iran to use local currencies as medium of exchange in trade transactions to counterback the impact of the surging foreign currencies. In response to Erdoğan's call, e Russian Central Bank indicated there are no legal or technical obstacles to using local currencies as a medium of exchange in commercial transactions between Turkey and Russia. Moreover, General Secretary of the Developing-8 (D-8) Organization for Economic Cooperation Seyed Ali Mohammad Mousavi has said that the D-8 welcomed President Recep Tayyip Erdoğan's call for the use of local currency in bilateral trade between Turkey and Iran. Following the president's call, which was on the agenda for a long time, Central Bank of the Republic of Turkey's (TCMB) carried out the first currency swap transaction with the People's Bank of China (PBOC), giving momentum to Erdoğan's proposal to use local currency in bilateral trade transactions.
RELATED TOPICS