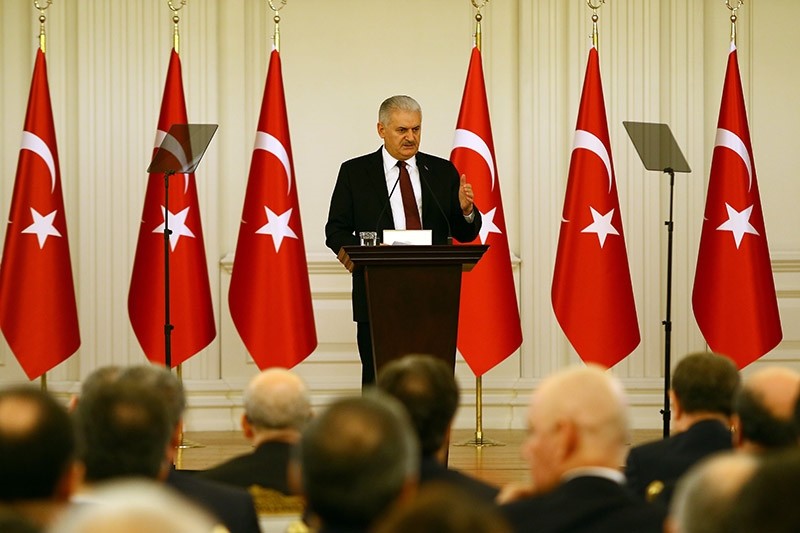 "As of Jan. 11, pre-requests from 1,200 applications for our Attraction Centers Program in 23 different provinces have reached 19.6 billion liras," the prime minister said on Tuesday during a news conference in Ankara.

Prime Minister Yıldırım said that such projects were expected to create an estimated 112,400 jobs in the country's eastern provinces. The government announced last June that it would introduce "hassle-free" investment zones for companies in eastern Turkey, where some of the country's most underdeveloped regions are located.

The interest-free loans will be provided by Development Bank of Turkey, while the project will be managed by the Ministry of Development. Under the program, the government will take care of the vital infrastructure, including land and construction of buildings, and the government will provide the paperwork for investors who take ownership of their investments when the project is completed.

"This support should not be taken as if we are distributing social aid. This is going to be a win-win situation," the prime minister underlined. "By supporting manufacturing, we are opening up eastern Turkey to investment. We will give special incentives, like a 30 percent break on electricity bills, to investors who want to shift part of their investment to eastern and/or southeastern Turkey."

The Turkish government aims to ensure a high growth over the coming years, after its economy contracted 1.8 percent year-on-year in the third quarter of 2016, the first such contraction since 2009.

"There is money for people who really want to invest. We will work with those who are willing to put up a stake and produce, put a value on it, and provide food and jobs to people," the prime minister said.

The government also wants the development program to empower young women to be entrepreneurs in 23 cities.

According to Turkish officials, the program will help stem migration from eastern Turkey to bigger, more developed provinces like Istanbul and Ankara. The government has also strengthened the financial structures of Turkey's development bank, in order to support more regional investment.

The prime minister added that the government aims to build jobs for people living in the eastern parts of Turkey and increase the welfare level, while fighting terrorism in the region as well.

In the first year of the project, a package worth TL 10 billion was expected to be disbursed. The project, which is also open to foreign investors, will be implemented in the cities of Adıyaman, Ağrı, Ardahan, Batman, Bayburt, Bingöl, Bitlis, Diyarbakır, Elazığ, Erzincan, Erzurum, Gümüşhane, Hakkari, Iğdır, Kars, Malatya, Mardin, Muş, Siirt, Şanlıurfa, Şırnak, Tunceli and Van.