Dollar retreats as Trump takes over; most global stocks fall 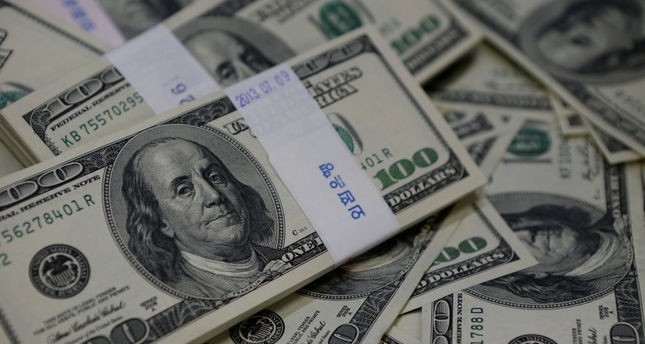 The dollar retreated Monday, with warnings of wild volatility ahead, as Donald Trump began his presidency by attacking global trade deals and promising to put America first.

"Attempts to break out into new highs for the year have been temporarily shelved after Donald Trump opted for a protectionist, anti-establishment inauguration address," his note to clients added.

"The greenback ... seems to have been shaken both by the apocalyptic tone set by Trump at his inauguration, and the global protests that greeted the former Apprentice host's ascension to the highest office in the land," said Spreadex analyst Connor Campbell.

Trump followed up an inauguration speech seen as angry and protectionist by making his first official act the withdrawal from the 12-nation Trans-Pacific Partnership. Trump also said he would renegotiate the North America Free Trade Agreement, threaten to impose border taxes, and his chief spokesman said the new president would not hesitate to confront China over the South China Sea.

Investors greeted Trump's surprise election win in the hopes he would win pro-growth measures such as public works spending, lower taxes and regulatory reforms. Trump confirmed on Monday he plans to pursue those priorities, but markets have been worried the tough talk will lead to a trade war.

Doubts about his spending promises also took their toll on the US currency.

"Sellers swiftly exploited the lack of clarity in the (inauguration) speech regarding the proposed fiscal stimulus measures," said Lukman Otunuga, an analyst at FXTM, predicting more trouble ahead for the greenback.

"The growing threat of Donald Trump's proposed fiscal stimulus failing to keep up with market expectations may ensure dollar weakness becomes a recurrent theme in the short term," he said.

The US unit was down more than four percent on the yen from the highs touched late in December. It was also well down against the euro and even against the pound despite concerns about Britain's exit from the European Union.

"I suspect we're entering extremely volatile times for the dollar," Stephen Innes, senior trader at OANDA, said in a note.

Trump last week said the greenback was too strong against China's yuan and claimed this was "killing" the US economy.