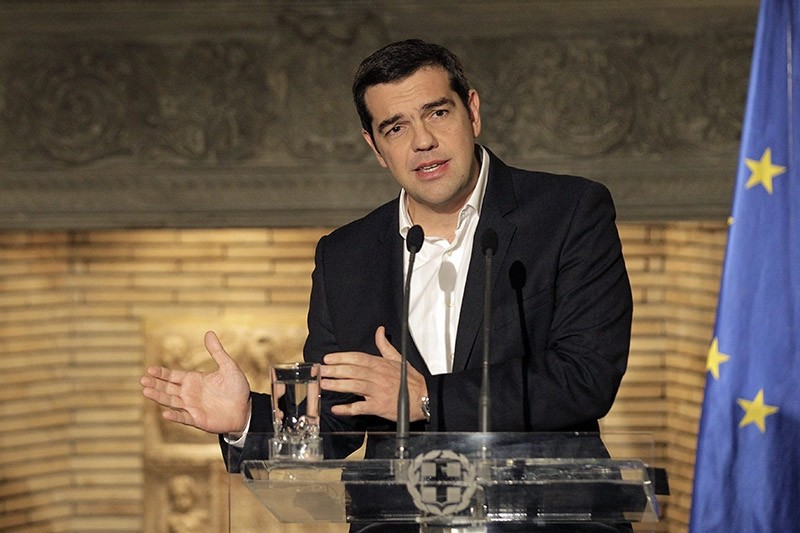 Greece's prime minister has marked two years in office, promising "not another euro" of new austerity measures by his left-wing government as talks with bailout lenders remain at an impasse over demands for deeper cuts.

A review of the country's bailout reforms is currently stalled over differences on fiscal targets as well as labor and energy reforms. Euro zone finance ministers were expected to discuss Greece at a meeting in Dublin on Thursday, but no conclusion to the bailout review was expected.

"We have categorically stated that there is no case of legislating even a euro's worth of additional measures beyond those outlined in the (bailout) agreement, and particularly not for the post-program period," Tsipras told the I Efimerida Ton Syntakton daily in an interview.

EU lenders want Greece to achieve and maintain a primary surplus - after interest payments - of 3.5 percent of GDP beyond 2018, when its program ends.

The IMF, which is currently not a participant in the most recent bailout package, says that unless Athens adopts more austerity measures and legislates them upfront the surplus will only reach 1.5 percent.

Greece has offered to extend until 2019 a contingency mechanism which would automatically cut outlays to keep fiscal targets but has ruled out anything more permanent, including legislating measures.

"Any demand to legislate additional measures, with an element of conditionality, is not only alien to the Greek constitution, but to the rules of democracy," Tsipras said.

Tsipras's left-wing Syriza party swept to power two years ago promising to end austerity, but was forced to cave in months later as the country veered on the brink of bankruptcy and toppling out of the euro zone.

A small group of state hospital workers held a protest near his office in central Athens.