Turkish economy to get back on track in second half of year, PM Yıldırım assures 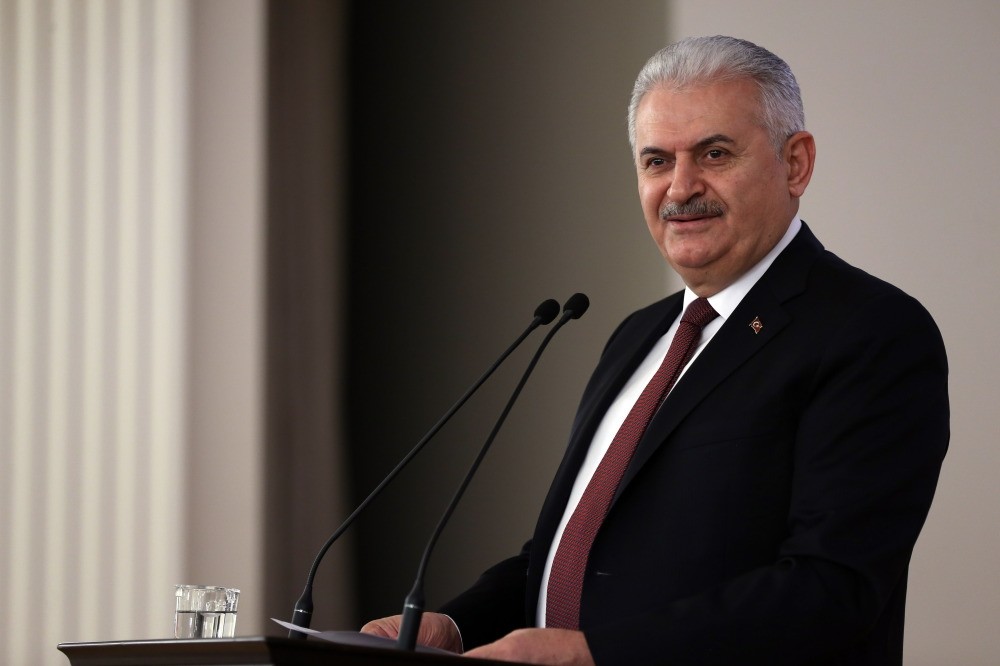 Turkish Prime Minister Binali Yıldırım has met with economy editors from newspapers and TV channels at Çankaya Mansion in capital Ankara to answer questions on the current agenda. "I am sure that as of the upcoming summer months, things will quickly be back on track and everything will be improved," he said. Stating that the U.S.'s move to attract foreign capital into the country and its tendency to increase interest rates are causing fluctuations in emerging countries.

Yıldırım stated: "Turkey was also effected by it. We are a little more different because of the events happening in and around the country, including July 15 and the fight on terror from three sides."

While pointing out that including the negative effects of the events in Iraq and Syria on Turkey and the misunderstandings with the EU, the currency devaluation in the country is 8-9 percent, maybe even 10 percent, unlike similar countries with a devaluation of 5-6 percent, Yıldırım stressed that these are temporary developments. "When you look at the parameters of the Turkish economy, regardless of which one we look at, we are in a better position than similar countries. Turkey is not a country that deserves all these things under normal conditions, but there is a perception problem," he said.

Noting that a negative view of Turkey has been perpetuated recently, Yıldırım pointed out that the separatist Gülenist Terror Group (FETÖ) is in the midst of tremendous activity in both Europe and the U.S:, spending huge amounts of money and conducting very serious lobbying. Yıldırım suggested that by pushing the economy they are trying to succeed at what they could not achieve on July 15 and later Dec. 17, and what the PKK could not accomplish with ditches and city invasions. "We see it, but they will not succeed in at either. I say very clearly that they have no chance of success," he said. "We need to make more efforts to correct the wrong impressions. We also have an ongoing project on this issue. I am sure that as of the upcoming summer months, things will quickly be back on track and everything will be improved."

Addressing investors about the mobility in the exchange rate, Yıldırım urged them not to panic, stressing that these are ephemeral developments. Yıldırım pointed out that there was no use in moving towards the dollar because of its hike. He also noted that regardless of whether they are private or public sector, all registered resources were under the guarantee of the country.

Underlining that the private sector, that has entered the country made investments, taken part in production, and provided employment, will surely have a payment mechanism.

"We are reducing the public-sourced foreign exchange needs of the market," he said.

With regard to the Central Bank's interest rate decision, Yıldırım said that the bank is doing its job and they are doing their job. He explained that the instruments in the hands of the Central Bank are specific and the things it will do are definite and totally independent in this regard.

He added that the Central Bank thinks, makes calculations and decides by considering the pros and cons of the real interest rate and the policy interest rate, and later shares this decision with the public.

"What we do is production, employment and exports. We have focused on the real economy. We have a problem like our growth. The Central Bank has a target like inflation. These two need to go in order," Yıldırım said.

Underscoring that growths can vary in context, Yıldırım pointed to the fact that the growth that will be realized in the country should be "quality." Yıldırım stressed that growth should not only be based on consumption, but rather that they create programs with all these factors in mind.

Stating that they have focused on growth, investment and employment, Yıldırım said that the Central Bank has also concentrated on monetary policies, financial stability, and made inflation a target.

"We work in coordination. We are not involved in its business. We do not want the Central Bank to get too far into our business," Yıldırım said. The prime minister went on to say that they do not want interest rates to rise and that they aim to reduce interest rates as much as possible to provide access to finance. Yıldırım stressed that if the interest rate is high, investors will lose their appetite and costs will be high, which means less competition and therefore high inflation. "We cannot consider interest and inflation separately; they are all related," he said. "The change in one affects the other. Thus, the fact that interest rates are increasing is caused by a fluctuation. This is a cyclical situation."
Last Update: Jan 26, 2017 11:56 am
RELATED TOPICS