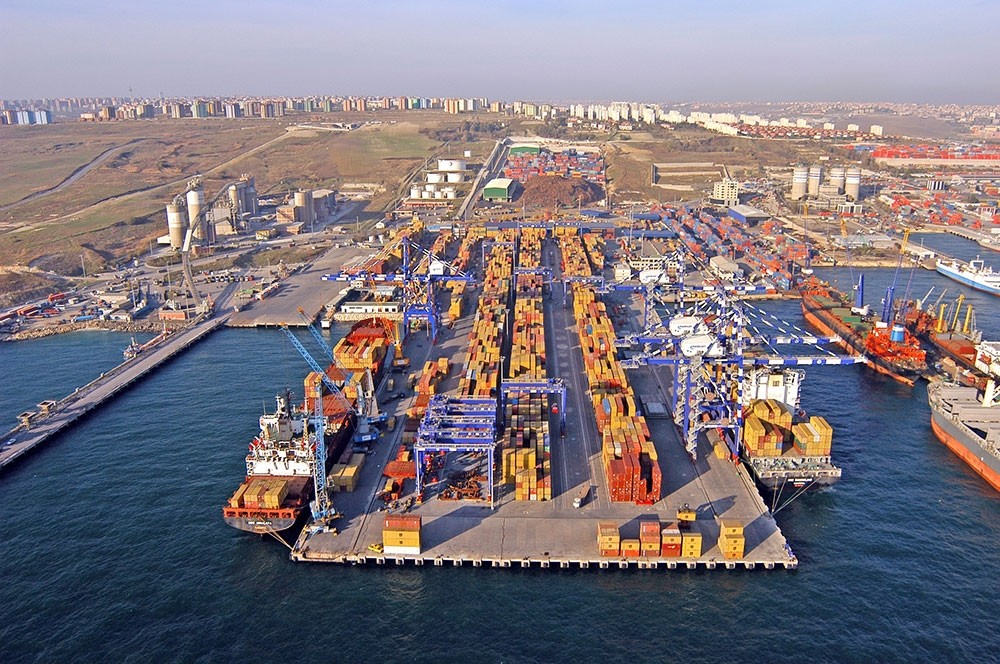 Turkish exports in January hit a 49-month high, increasing by 15 percent to reach $10.5 billion, according to year-end and monthly export data released by the Turkish Exporters Assembly (TİM) on Wednesday.

Over the last 12 months, however, exports increased by 1.8 percent, compared to the previous year, amounting to $143.5 billion.

According to TİM data, the automotive industry led exports with $2 billion in January, followed by the apparel sector at $1.3 billion and the chemical materials and products sector with $1.2 billion.

The industrial sector accounted for 81.1 percent of total exports last month with sales of $8.5 billion, an increase of 14.3 percent compared to the same month of the previous year.

The agricultural sector, which constituted 15.8 percent of total exports in the same period, brought in $1.6 billion, an increase of 14.4 percent.

Speaking at a press conference to reveal the export figures, TİM Chair Mehmet Büyükekşi confirmed that the New Year saw record figures, saying, "We have not seen this level of increase in exports for exactly 49 months."

"We had predicted that we would attain these goals when we declared 2017 as our Leap Year," Büyükekşi said, recalling their forecast that export figures would bounce back with an end to the decline in oil and commodity prices in 2017. They also predicted that export losses due to the political crisis with Russia would decrease and oil-exporting countries will recover economically, so exports to these countries will also increase.

"The fact that our estimates have started to come true shows how close we are to our goals," he said.

Regarding details of 2017 export figures, Büyükekşi said over the last 12 months trade reached $143.5 billion, an 1.8 percent increase, compared to the previous year, while exports increased by 21.2 percent on a quantity basis.

"In January exports, our loss due to a decrease in export prices was $126 million, while our parity-sourced loss stood at $302 million. Without these losses, our exports would have increased by 19.6 percent to $11 billion," he noted.

Among the top 20 countries in Turkey's exports, the highest increase in exports in January was recorded with Russia at 57 percent and Iraq at 42.4 percent.

While exports to Far Eastern countries recorded the highest increase with 84 percent in January in country groups, exports to Turkey's main trading partner, the European Union (EU), increased by 12.8 percent.

'No trade by building walls'

Saying that they expected negotiations for updating the Customs Union to be completed as soon as possible, Büyükekşi said, the Trade Facilitation Agreement, of which Turkey is also a party, will come into force in the coming days.

Suggesting that customs procedures in world trade will become much faster require lower cost, Büyükekşi said, "It will pave the way for our exporters. Today, we know that there will be no trade by building a wall and closing the door. Every obstacle put in front of trade does not just harm the one behind the obstacle, but also hurts the one in front of it. It is time to open doors and break walls in front of trade."

First increase in exports to Russia since November 2015

Germany led the way in the amount of exports, followed by Britain, Iraq, Italy and the U.S. Exports to Germany increased by 4.1 percent, while a 6.4 percent increase was recorded with Britain, 9.9 percent for Italy and 13.6 percent for the US.

The most noteworthy developments in January were the 57 percent and 42.4 percent increase in exports to Russia and Iraq, respectively. While this development marks the first increase in exports to Russia following the jet downing crisis in 2015, fresh vegetables and fruits constituted $27 million of the total increase of $54 million. Exports to Iraq increased by $186 million, led by the jewelry sector came with $57 million, followed by aquaculture and the animal products sector with $22 million.