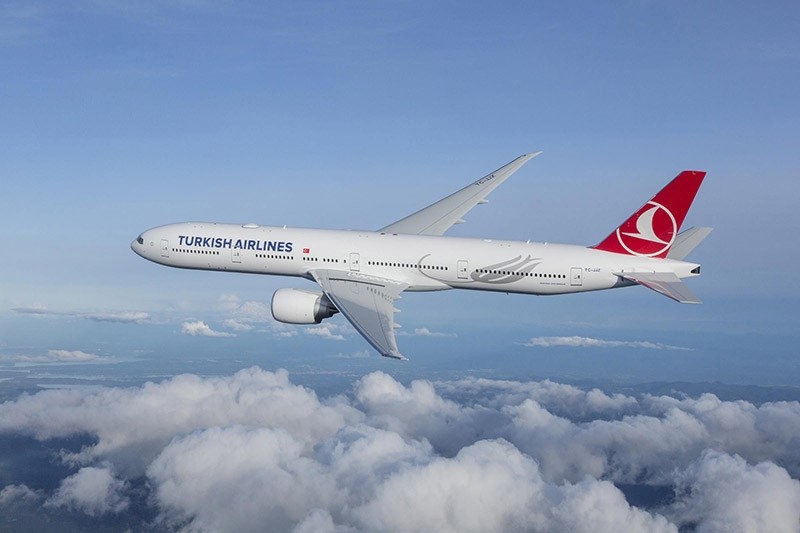 Shares of Turkish Airlines (THY) and Halkbank, amounting to 49.12 and 51.11 percent of their respective shares, have been transferred to the Sovereign Wealth Fund (SWF), following Sunday's transfer of various other state corporations.

Treasury shares in key state-run institutions including lender Ziraat Bankası, stock exchange market Borsa Istanbul, the General Directorate of Post and Telegraph Organization (PTT), the Petroleum Pipeline Corporation (BOTAŞ), national petroleum producer Turkish Petroleum (TP) and national satellite operator TURKSAT were sold along with 6.88 percent of the Treasury's shares in a major telecommunication company TurkTelekom along with shares in the state-run official mining company Eti Maden and the General Directorate of Tea Enterprises (ÇAYKUR). All of the said shares have been transferred to Turkey's recently established Sovereign Wealth Fund, the Prime Ministry has said.

On the other hand, the Prime Ministry indicated that the said companies will continue to operate under the current managerial and business policies set forth in accordance with established investment and growth strategies while continuing to collaborate with existing shareholders and financial institutions worldwide.

The official statement also indicated that Turkey's Sovereign Wealth Fund will operate these companies under the Strategic Investment Plan expected to be approved by the Council of Ministers.

State-run lender and financial giant Ziraat Bankası, which led the sector with roughly TL 330 billion (approximately $110 billion) in total assets in Q3 last year, has over 25,000 employees and more than 1,800 branches across the country.

On the other hand, state-controlled national oil company TP, which has spearheaded Turkey's domestic and international exploration and production efforts under the auspices of collaborations with international oil giants including Shell, Halliburton and Chevron, is expected to invest $1.7 billion in oil and natural gas exploration in 2017 while increasing its annual oil production to $28.5 billion barrels in 2017, according to Turkey's Energy and Natural Resources Minister Berat Albayrak. 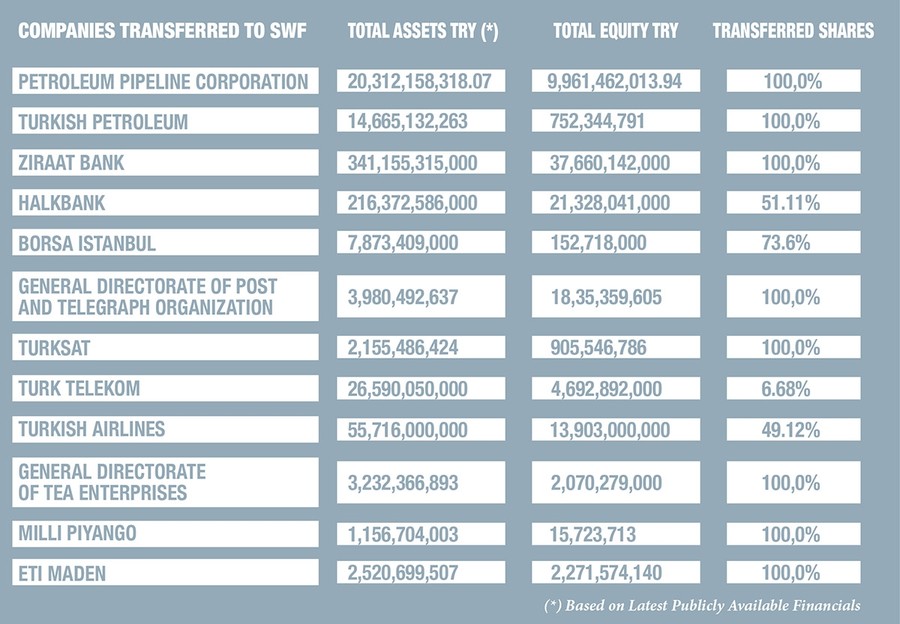 How will the fund operate?

Led by the Prime Ministry, the Turkish Sovereign Wealth Fund Management A.Ş (Türkiye Varlık Fonu Yönetimi A.Ş.) was established on August 26, 2016 under the auspices of establishing and managing the Turkish Sovereign Wealth Fund (SWF) and its subsidiaries in order to contribute to the diversity and depth of capital market instruments, bringing publicly-owned assets to the country's economic market and maximizing external resources while participating in strategic, large-scale investments.

Within the scope of its field of activity, the Turkish SWF will be able to effectively conduct a wide range of commercial and financial activity, establish domestic and foreign partnerships and develop cooperative plans with national and international organizations. Under the auspices of taking steps to increase confidence in the respective markets, the company will be able to trade domestic and foreign company shares and utilize the borrowing instruments of Turkish and international lenders, in addition to issuing capital market instruments based on precious metals and goods and funding derivative instruments, lease certificates, real estate certificates, specially designed foreign investment tools and various other instruments.

The company will perform money market transactions and evaluate the real estate market, real estate property rights and intangible rights in addition to carrying out numerous kinds of commercial and financial transactions via fund procurement through project development, provision of external project credits and various other methods.

With national investments, the company will be able to participate in future investments from other countries as well as foreign companies in the international arena. These activities may also be undertaken by the company or its subsidiaries via the SWF or sub-funds affiliated with the SWF.

The company, whose main headquarter will be located in Istanbul, will be equipped to establish branches, representations, liaison offices and various agencies in Turkey and abroad upon the approval of the Board of Directors.

The main sources of the company's income will consist of revenue from the valuation of the company's capital, fees collected from funds and portfolios and revenue generated from various other company activities.

In addition, financing and resources from domestic and foreign capital and as well as financial markets and various other financing methods will be included among the funding sources.

There are three basic approaches to the activities of SWFs around the world, namely, "Development funds, balancing the instability in national markets, especially financial markets, and the use of wealth funds as a tool for resource transfer across generations."

There are around 80 SWFs in more than 40 countries around the world. The total size of these funds has reached approximately $7.4 trillion and this number is estimated to rise to $15 trillion as 21 new SWFs are expected to be established worldwide by 2020.

SWFs, which also serve as a saving tool by developing projects on the transfer of today's income to future generations, are also of great importance in terms of the future of the Turkish economy.

The financing of capital-intensive and strategic sectors, especially the industries of national defense and high-tech production, can be achieved with the Turkish SWF which is expected to lighten the burden of lenders and bring megaprojects to the public sector. In this way, the new system will contribute to Turkey's economic growth by providing new employment opportunities while reducing dependency on foreign actors and encouraging development in strategic areas, thus paving the way for domestic and national sectors to grow.

With the unused funds and real estate owned by the public, the Turkish SWF is expected to reach TL 200 billion in the near future.