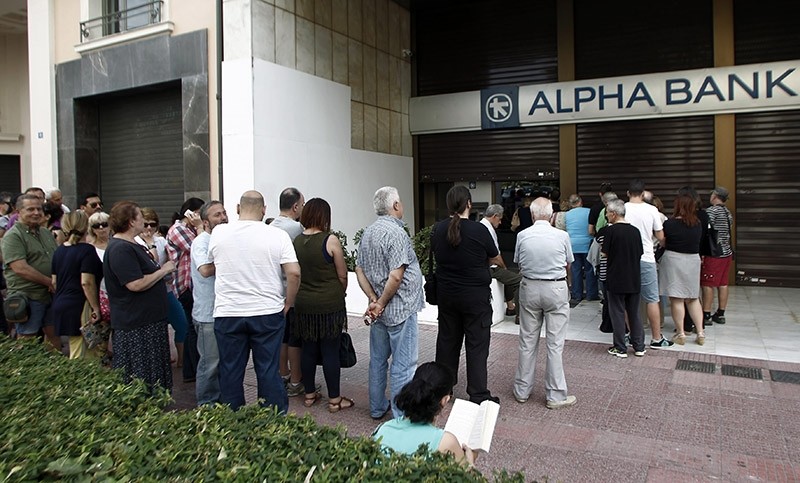 The International Monetary Fund's board agreed late Monday that Greece likely will need further debt relief, but there remains a split over the appropriate goal for the country's finances.

The board met to discuss the long-overdue review of the Greek economy, as well as a report that describes the country's debt as becoming "explosive" in the long run.

The IMF said most of its board members agreed that "despite Greece's enormous sacrifices and European partners' generous support, further relief may well be required to restore debt sustainability."

That debt relief must be accompanied, however, by "strong policy implementation to restore growth and sustainability," it said.

There has long been a split between the IMF and Europe due to the demand by the Eurozone that Greece deliver a primary balance, or budget surplus before debt repayments, of 3.5 percent of GDP, far in excess of the 1.5 percent the IMF says is feasible.

This dispute -- which is holding up further IMF financing -- was evident in the board discussion Monday.

"Most Directors agreed that Greece does not require further fiscal consolidation at this time," since the country already is expected to hit the 1.5 percent target. However, "some Directors favored a surplus of 3-1/2 percent of GDP by 2018," the statement said.

The IMF does not identify the board members in its statement, but also noted that the directors "stressed the need" to have "realistic assumptions about Greece's ability to generate sustained surpluses and long term growth," an issue at the heart of the fund's dispute with the Eurozone.

While the IMF board did not discuss the loan program, the board members representing the 189 IMF member countries agreed in urging Greece to speed up implementation of reforms -- especially improving tax collection -- to get the economy back on sound footing.

Since the financial crisis left it buried in debt and unable to issue bonds in financial markets, Greece has relied on international bailouts. Its Eurozone creditors have forced it to make painful budget cuts that caused a deep recession. Unemployment is 23 percent.

Greece is under pressure to conclude its latest bailout negotiations in time for a scheduled Feb. 20 meeting of Eurozone finance ministers. That would allow the country to join the European Central Bank's bond-buying program, which would boost market confidence and make it easier for Greece to return to the bond market later this year.