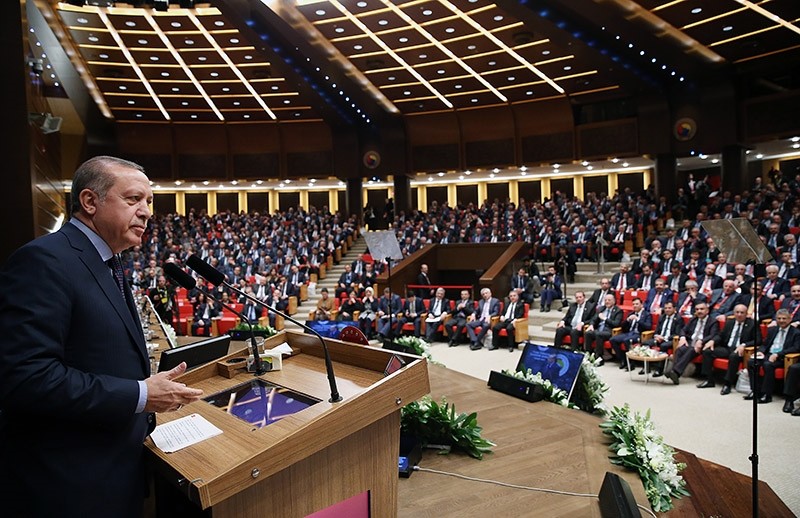 President Recep Tayyip Erdoğan has announced that Turkey will launch a new employment mobilization program during his speech on Tuesday afternoon at a meeting of the Turkish Union of Chambers and Commodity Exchanges (TOBB).

Erdoğan said that Turkey's unemployment rate had increased because of the country's young population and the willingness of women to join the workforce, while also highlighting that this situation could be taken advantage of.

He invited all TOBB members to take part in employment mobilization, adding that the government would reward the companies employing most people by the end of 2017. The president also stated that the Turkish government would coordinate this process with the help of governors and mayors throughout Turkey.

Speaking about Turkey's interest rate policy, Erdoğan expressed his discontent, stating that with the current high interest rates entrepreneurs are not able to contribute to the country's development.

Erdoğan invited the finance sector, especially state banks, to find a different solution while emphasizing that interest rates were the primary reason for inflation.

The president also addressed the issues of currency-interest manipulations and tactics aimed to scare producers, citing credit rating agencies as an example for economic terror.

Erdoğan stressed that Turkey's unemployment should be decreased by March to overcome the threats of economic terror, adding that this transition could only be achieved with a nationwide mobilization.